If climate change isn’t already on your mind, new research shows it could severely affect your nutrition — and as a result, pretty much every other part of life.

Exposure to increasing heat may drive bad nutrition by changing how people behave, according to a study published recently in the journal PLOS Medicine. The links between extreme heat and hospitalizations reveal five ways climate change could upend people’s lives — and even cause tens of thousands of deaths.

Using Brazil as a case study, researchers looked at data to understand why people end up in the hospital on hot days. From 2000 to 2015, more than 15 percent of hospitalizations for undernutrition can be attributed to heat exposure, they found.

Inverse breaks down five of the shocking effects heat can have on nutrition:

1. Making people less hungry: Low food intake is a key reason for undernutrition, and can be caused by lack of appetite, according to an analysis of undernutrition in hospitals published in the journal Hospital Pharmacist.

2. Causing people to drink more alcohol: Hot weather may “provoke more alcohol consumption,” the researchers write. Drinking more alcohol contributes to lower food intake and can cause vitamin B deficiencies, setting up a potentially dangerous relationship between drinking and nutrition.

3. Reducing motivation (or ability) to cook: People are more likely to be demotivated in extreme heat. As a result, they may lack the motivation to cook or to shop for food. That can lead to poor quality diets, the Hospital Pharmacist analysis says.

4. Sending people to the hospital: As the new study describes, poor nutrition can result in people being hospitalized. Rising temperatures exacerbates the effect: The researchers found a 2.5 percent increase in hospitalizations as a consequence of undernutrition following every 1 degree Celsius temperature increase during Brazil’s hot season.

5. Worsening gastrointestinal conditions: Heat can make existing stomach conditions even worse, which in turn can intensify undernutrition, according to past research.

At the same time, lack of nutrition impairs the body’s ability to regulate heat, further increasing health risks, according to the study.

Elderly people, children, and adolescents are most at-risk. And the dramatic changes are expected to be most pronounced in low- and middle-income countries, they suggest. 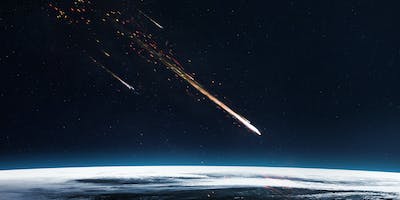 What kicked off the Earth’s rapid cooling 12,800 years ago?
Read More

Previous studies on climate change and nutrition have looked at how climate change will cut into crop yields over time: The entire globe could see food production drop 3.2 percent by 2050. This new study addresses other ways that temperature changes affect people’s food intake and the risks to their health.

Understanding the effects of the climate on nutrition on the short term. That information can help public health efforts target the people most in need of protection from heat exposure, the study authors write.

“Global strategies addressing the syndemic of climate change and undernutrition should not only focus on food supply,” they write, “but also the prevention of heat exposure especially among the young and elderly people.”