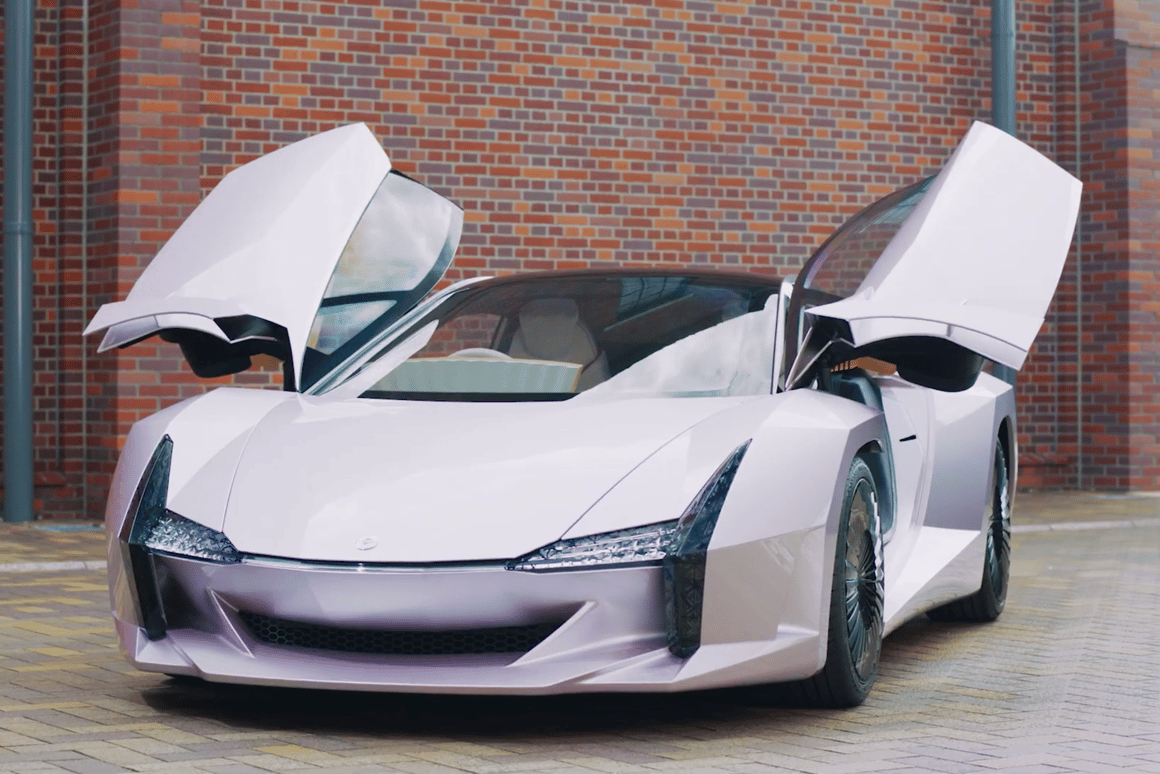 This Japanese supercar design is made from incredibly strong wood-based cellulose nanofibers. Kankyosho.
–

One-fifth the weight of steel but five times the strength, plant-based cellulose nanofiber (CNF) offers carmakers the opportunity to build strong, lightweight cars while sustainably removing as much as 2,000 kg (4,400 lb) of carbon from the car’s life cycle.

We’ve written before about the extraordinary properties of CNFs, which were last year demonstrated to be stronger than spider silk. Made essentially from wood, but chipped, pulped and boiled in chemicals to remove lignin and hemicellulose, it’s a highly condensed, lightweight and incredibly strong material that’s also very recyclable.

It can also, as it turns out, be used in manufacturing, where it can be injection molded as a resin-reinforced slurry to form complex shapes – and the Japanese Ministry of the Environment sees it as a potential way for automakers to reduce weight and sustainably reduce their carbon footprint.

A project undertaken in conjunction with Kyoto University has built this rather angular, gull-winged supercar design using a lot of CNF in the bodywork and interior. Called the Nanocellulose Vehicle, or NCV, it’s said to reduce weight by around 10 percent compared to a car built from standard materials, and in doing so, it saves about one person’s worth of household carbon emissions for a year.

The team is performing repeated tests on the car parts they’ve built, making sure they’ll last over the long term and meet materials specifications for the desired parts. So far, the team says results have been very promising, and a number of automakers including divisions of Toyota, are investigating CNFs to determine whether production can be made cheap enough to include in mass production vehicles.

Source: Japanese Ministry of the Environment via Jalopnik.

(For the source of this, and many other equally interesting articles, please visit: https://newatlas.com/automotive/cnf-cellulose-nanofibers-wooden-car/)