Bitcoin is an energy beast. That’s the conclusion from a University of Cambridge tool released recently, which shows the world’s largest cryptocurrency uses a ton of electricity to power its “mining” operations.

The Cambridge Bitcoin Electricity Consumption Index looks at available data on bitcoin to determine its energy usage. It takes a best-case scenario where all miners use the most energy-efficient equipment available, and a worst-case scenario where the opposite is true to the extent where miners can still make a profit based on electricity costs. After all, it’s probably safe to assume that miners want to make a profit, so they wouldn’t needlessly use ancient computers and waste more energy.

To put that in perspective:

Bitcoin’s Energy Consumption: Why It Uses So Much

Bitcoin uses a method of powering the network called “proof of work.” “Miners” are people that dedicate computer resources to processing global transactions on the network, and they’re rewarded with small bits of bitcoin on a regular basis. The machines solve a computational problem to prove that it completed some work before a transaction is accepted, a problem that varies in difficulty and ensures that the network remains protected from people trying to manipulate the network.

All this is necessary because, unlike a central processing system like Visa, bitcoin is designed to be decentralized. It does not require its users to place their trust in a central server or bank. 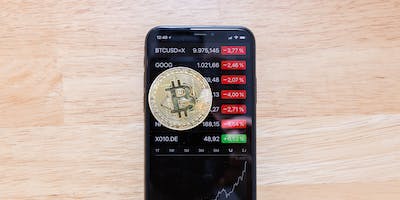 Cryptocurrency on iPhone? Apple Could Solve One of Its Biggest Problems

While practically anyone can join the network and start mining, the electricity usage means it needs to be worthwhile for the miner if they want to make a profit from the resultant bitcoins. That helps the researchers to understand what sort of machines they might be using, and whether they may switch to dedicated machines specifically designed to solve these bitcoin puzzles more efficiently.

Bitcoin’s Energy Consumption: How It Fits With Other Research

The electricity research chimes with findings from others. Researcher Alex de Vries went viral in December 2017, when he warned that the cryptocurrency was using around 32.36 terawatt-hours of electricity, around the same as Serbia. De Vries later announced in March 2019 that the cryptocurrency used around 62.3 terawatt-hours over the course of 2018.

“I talk to people about bitcoin, sometimes tell them about this energy consumption, then I say ‘okay, shall I demo a bitcoin transaction?’” De Vries told Inverse in December 2017. “They say ‘no, no, that’s wasteful!’”

But it’s perhaps not as bad as it first seems. The university’s tool notes that consumption amounts to around 0.21 percent of the world’s energy production, or 0.25 percent of global energy consumption. The frequently asked questions section notes that even in a hypothetical worst case scenario, where all of bitcoin mining is powered exclusively by fossil fuel, its effect in the environment is currently “marginal at best”:

There is currently little evidence suggesting that Bitcoin directly contributes to climate change. Even when assuming that Bitcoin mining was exclusively powered by coal – a very unrealistic scenario given that a non-trivial number of facilities run exclusively on renewables – total carbon dioxide emissions would not exceed 58 million tons of CO2, which would roughly correspond to 0.17 percent of the world’s total emissions.

The team does note that its growing consumption could hinder efforts to achieve the United Nations’ Sustainable Development Goals. As the price of one bitcoin edges toward $12,000, which may encourage more to buy, questions around its long-term environmental impact may continue to emerge.

The author of this story has a stake in bitcoin and Ethereum.