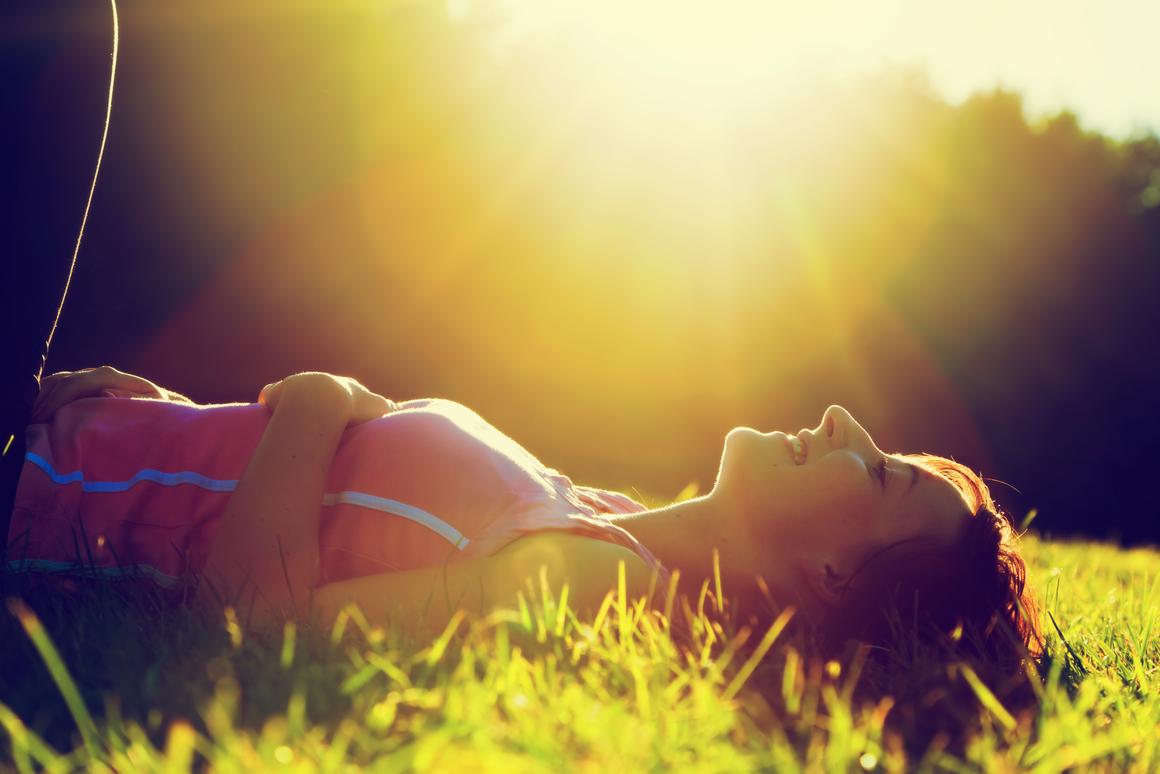 New research from a team of Canadian scientists has for the first time demonstrated how exposure to Narrow Band Ultraviolet B light (UVB) can directly influence gut microbiome diversity in humans. The research hypothesizes that this result is modulated by vitamin D and presents evidence of a novel skin-gut communication pathway.

Autoimmune diseases such as inflammatory bowel disease (IBD) and multiple sclerosis are thought to be caused by a number of environmental and genetic factors. Gut bacterial diversity, exposure to sunlight and vitamin D levels, have all been observed as influential factors for inflammatory disease, however a new study is asserting a causal chain may link all three of these elements.

The new research examined 21 female subjects who were all administered three 60-second full-body UVB exposure sessions across one week. Blood and fecal samples were taken from all subjects at the beginning and end of the study to track changes to vitamin D levels and gut bacterial diversity. Half of the subjects were noted as having taken vitamin D supplements across the prior three winter months.

The results revealed significant increases in alpha and beta gut microbiome diversity only in the subjects that had not been taking vitamin D supplements. This was the first human study to detect a direct link between UVB skin exposure and gut microbiome alternations.

“Prior to UVB exposure, these women had a less diverse and balanced gut microbiome than those taking regular vitamin D supplements,” says Bruce Vallance, lead on the research from the University of British Columbia. “UVB exposure boosted the richness and evenness of their microbiome to levels indistinguishable from the supplemented group, whose microbiome was not significantly changed.”

“In this study we show exciting new data that UVB light is able to modulate the composition of the gut microbiome in humans, putatively through the synthesis of vitamin D,” explains Vallance, although he does point out the causal mechanism at play is still unknown, and vitamin D may not explain the entirety of the link between UVB exposure and microbiome diversity.

“It is likely that exposure to UVB light somehow alters the immune system in the skin initially, then more systemically, which in turn affects how favorable the intestinal environment is for the different bacteria,” says Vallance.

The next stage for the research is to explore the effect of UVB light on the microbiome in larger cohorts of human subjects. It will also be important to further investigate the mechanistic link between sunlight, vitamin D and the microbiome. The researchers note that exacerbations in IBD activity have been associated with low vitamin D levels, so the results of this new study certainly suggests this link may be modulated by disruptions to the gut microbiome.

“The results of this study have implications for people who are undergoing UVB phototherapy, and identifies a novel skin-gut axis that may contribute to the protective role of UVB light exposure in inflammatory diseases like MS and IBD,” says Vallance.

The new research is published in the journal Frontiers in Microbiology.

Rich Haridy
Rich is based in Melbourne, Australia and has strong interests in film, new media, and the new wave of psychedelic science. He has written for a number of online and print publications over the last decade while also acting as film critic for several radio broadcasters and podcasts. Rich was Chair of the Australian Film Critics Association for two years (2013-2015) and completed a Masters degree at the University of Melbourne. Since joining the New Atlas team three years ago Rich’s interests have considerably broadened to examine the era-defining effects of new technology on culture and life in the 21st century.

(For the source of this, and many additional interesting articles, please visit: https://newatlas.com/health-wellbeing/uvb-sunlight-skin-gut-microbiome-vitamin-d-autoimmune/)