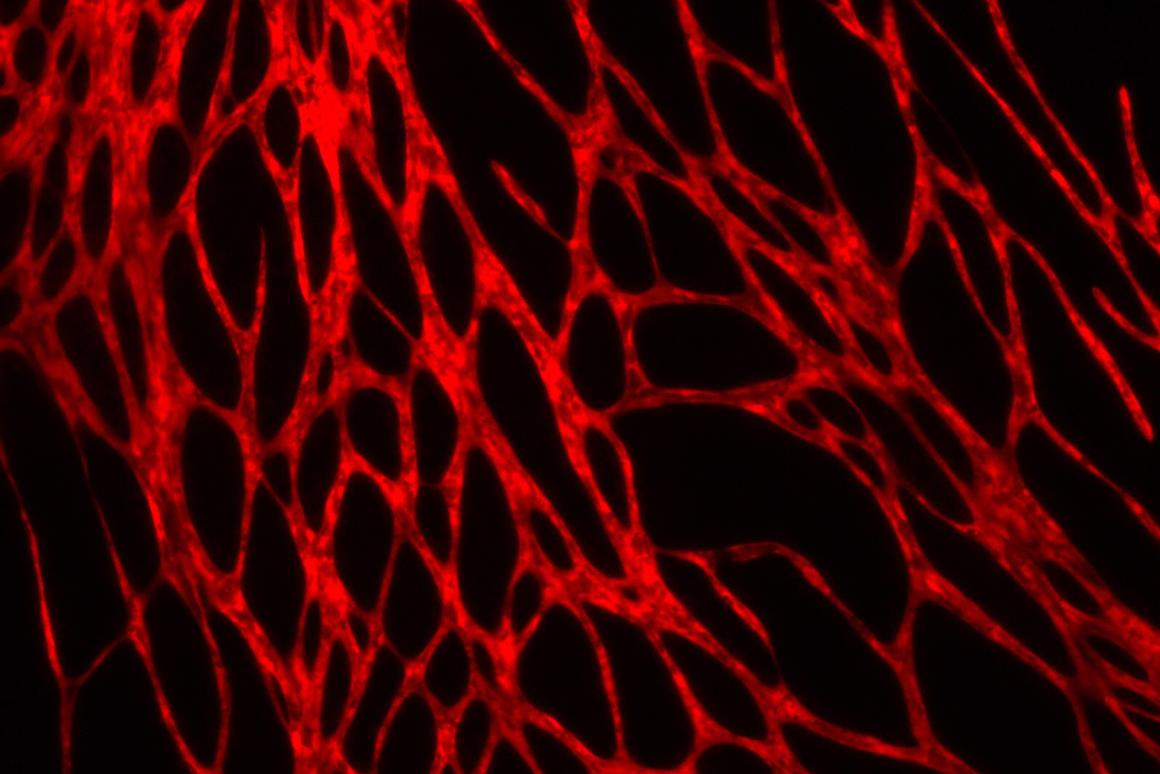 A microscope image of the vascular system within the bioprinted skin.  Yale University.

It certainly would be great if instead of having to be harvested from a patient’s own body, permanent skin grafts could be 3D-printed as needed. Well, we may be getting a little closer to that point, as scientists have now bioprinted living skin complete with blood vessels.

First of all, there already are commercially-available 3D-bioprinted skin grafts, made from living cells. These are typically intended just to be temporary wound coverings, however, as they lack the vasculature that would allow life-giving blood to flow from the patient’s body and into them. As a result, such grafts eventually die, sloughing off the patient’s own skin.

Looking to overcome this limitation, a team at New York’s Rensselaer Polytechnic Institute initially started by mixing two types of living human cells to produce so-called “bio-inks.” These were printed into a skin-like structure, although it still lacked a vascular system.

More recently, in collaboration with colleagues at Yale University, they added certain “key elements” to those bio-inks. These elements included human endothelial cells – which line the inside of blood vessels – and human pericyte cells, which wrap around the endothelial cells. These were combined with ingredients that are typically found in bioprinted skin grafts, such as animal collagen and other structural cells.

Within the space of a few weeks, blood vessels began growing in skin that had been printed from the new bio-inks. When these pieces of the skin were grafted over open wounds on mice, the animals’ blood vessels began communicating with those in the bioprinted skin, causing the grafts to become perfused with blood after four weeks.

“That’s extremely important, because we know there is actually a transfer of blood and nutrients to the graft which is keeping the graft alive,” says Assoc. Prof. Pankaj Karande, leader of the study.

Next up, the researchers need to develop a method of “editing” the donor cells, so that the grafts won’t be rejected by the recipients’ bodies.

The research is described in a paper that was recently printed in the journal Tissue Engineering Part A.

(For the source of this, and many other equally important articles, please visit: https://newatlas.com/medical/bioprinted-skin-blood-vessels/)