Two cattle worm infections in human hosts within two years suggests that they might be an “emerging zoonotic disease in the United States,” according to a recent case report. 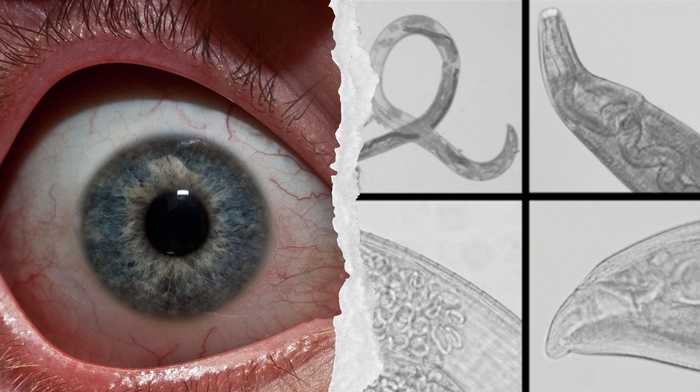 A parasitic worm that was thought to only infect cows has started to infect humans, mating in our eyes. Scientists are baffled as to why the worm is suddenly causing disease in humans and warn that this could be an emerging trend.

Scientists from regional laboratories and the Centers for Disease Control and Prevention (CDC) identified the worm as Thelazia gulosa, a kind of roundworm otherwise known as cattle eye worm. As its name suggests, these worms grow inside the conjunctival sacs of cows. The first-ever case of this infection in humans was identified in 2017 in an Oregon woman, and now researchers have described a second infection in an October 22 case report in the journal Clinical Infectious Diseases.

“That a second human infection with T. gulosa has occurred within 2 years of the first suggest that this may represent an emerging zoonotic disease in the United States,” the authors wrote.

T. gulosa now joins two other species of Thelazia that are known to infect humans, and the number of human infections from these worms appears to be growing, too.

According to the recent case report, a woman who spends her winters in California was trail-running in a regional park in 2018 when she rounded a corner and ran into a swarm of small flies. She recalled swatting the flies away and spitting them out of her mouth. The next month, she began to notice irritation in her right eye. She washed it with tap water and flushed out two moving adult worms. After a couple of doctor’s visits, and continued eye-washing with distilled water, two more worms were removed from her eye.

In total, there were four worms in the patient’s eye, while the Oregon woman had 14.

The second patient’s doctor sent one of the worms to scientists at the California State Public Health Laboratory, where they identified it as some type of Thelazia worm, which primarily infect cats, dogs, and cattle. To get a more specific identification, the lab sent the sample to the CDC’s Parasitology Reference Diagnostic Laboratory.

“[The CDC is] the final stop for when you find something and you really don’t know what it is,” said Richard Bradbury, the first author of the report who at the time led the CDC lab.

There, scientists found that the worm was the same species as those submitted a year earlier from an infection in an Oregon woman’s eye. Bradbury said that it was substantially easier to identify the worm this time around—in the previous case, he was unsure of what it was until he found a 1928 paper in German that described the species.

T. gulosa is a parasitic worm that requires a vector species to reproduce and spread. Face flies release maturing T. gulosa worms into the eyes of cattle, where the worms mate. Their larvae are dispersed through the tears and pus of the cattle. Face flies ingest these secretions, and the worm larvae hatch inside the flies and begin the cycle again.

The worm extracted from the second patient’s eye that was sent to the CDC in 2018 contained unhatched eggs with developed larvae, meaning the worms were able to reproduce in a human host.

“There were adult male and female worms in this woman’s eye, and they’d obviously been able to mate,” Bradbury said. “It’s quite romantic in a way, isn’t it?”

“Anyway, they were having sex in her eye and one of them is pregnant and has babies, but those babies can’t reach adulthood in the eye… it has to find a fly first,” he added.

As for an explanation for this phenomenon, the scientists have bupkus. “The reasons for this species only now infecting humans remain obscure,” they wrote in the paper.

Since the species of face fly that transmits T. gulosa was introduced to North America immediately after World War II, there is a possibility that as cattle populations have grown, so have the number of face flies infected with the worm. This might increase the likelihood of a cattle eye worm infection jumping over to humans, though it’s too early to know for certain, said Bradbury.

This kind of worm infection is “exceptionally rare” in humans, according to Bradbury. You are 26 times more likely to win the lottery than contract one of these infections, he said.

The best thing you can do to avoid such an infection is to shoo flies away from your eyes, Bradbury said. Still, anyone who suspects they might have a worm infection in their eye should see a medical professional, he added—the symptoms are conjunctivitis and feeling a worm in your eye.

(For the source of this, and other interesting articles, please visit: https://www.vice.com/en_us/article/9kejv5/feeling-itchy-worms-breeding-in-peoples-eyes-an-emerging-trend-scientists-warn/)