New research finds how power dynamics shape the speech of men and women. 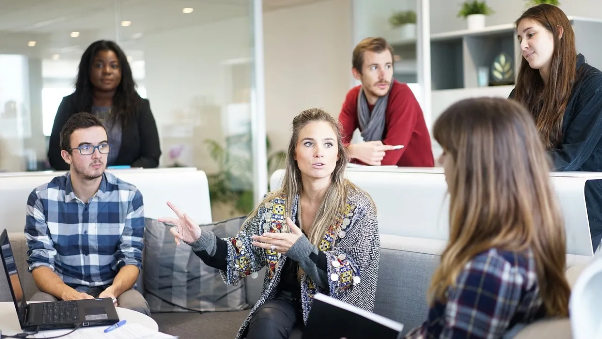 Joshi confirmed that while this kind of difference between men and women was previously noted “anecdotally,” they found this to hold true across a series of six studies.

The psychologists looked at linguistic patterns of men and women in both written and spoken word. One of the studies involved poring over 600,000 blog posts on Blogger.com to determine if men wrote more abstractly than women. The researchers attributed abstractness ratings to 40,000 most frequently used English-language words like “table” or “chair’ (with low abstractness) or “justice” and “morality” (high abstractness). The blog posts showed that men used the abstract verbiage much more often.

Another study involved examining over 500,000 transcripts from U.S. Congressional sessions between 2001 and 2017. The speech patterns of over 1,000 Congress members revealed a similar conclusion – men invoked abstract language in many more speeches than women. This held regardless of party affiliation or whether it was said in the House or Senate.

What explains this phenomenon? The scientists think it is the result of the power dynamics throughout history, with men generally having more societal influence. A further study carried out by the researchers with west coast university students also showed that such speech patterns can be changed. By manipulating power dynamics, the scientists made the participants with more perceived power utilize more abstract concepts when speaking.

The authors think that ultimately there is no “fixed tendency of men or women” to speak a certain way but instead these patterns emerge “within specific contexts.”

Check out the new study in the Journal of Personality and Social Psychology.

(For the source of this, and many other important articles, and to view a couple of related videos associated with it, please visit: https://bigthink.com/surprising-science/men-and-women-speak-different-languages-shows-study/)