Home
News
&
WEIRD FACTS
Sleep science: Getting fewer than 7 hours of sleep may be aging you prematurely
By Emma Betuel

Even if you think you get enough sleep each night, your fitness tracker may be telling a very different story. In the light of day, the data these wearable trackers collect may illuminate just how damaging sleeplessness can be. In fact, just two extra hours could make all the difference to your long-term health.

People who sleep for fewer than five hours a night have significantly shorter telomeres than those than those who get an “adequate” seven hours of sleep, according to a new study. Telomeres are sequences of nucleotides found on the end of chromosomes, the structures that house DNA in the cell’s nucleus. Telomeres help determine how old the body actually is — a concept known as biological age.

Unlike chronological age which proceeds at a steady rate (years, months, and days), biological age appears to be malleable. Shorter telomeres are considered a biomarker for premature aging, suggesting a link between sleep and biological age.

The researchers collected data from 482 people who tracked their sleep patterns for a week using FitBit Charge HRs, a kind of wearable fitness tracker.

Notably, the group were sleep deprived as a whole. Participants slept for roughly 6 hours and 28 minutes each night on average. The National Sleep Foundation (NSF) recommends that adults sleep for between seven and nine hours per night.

Weng Khong Lim, an author on the study and assistant professor at Singapore’s Duke-NUS Medical School tells Inverse that he hopes his study shows just how important it is to hit those sleep benchmarks.

“It drives home the message that meeting NSF guidelines for sleep is important in order to avoid incurring health risks associated with insufficient sleep,” he says.

The researchers found that participants who slept for fewer than five hours per night had telomeres that were, on average, 356 base pairs shorter than those who slept for seven hours. The findings hint that seven hours may be the ‘magic number’ for ideal sleep.

Telomeres shorten naturally over the course of someone’s lifetime — something like a wick on a candle. Telomeres length itself doesn’t appear to be related to lifespan, but the rate at which telomeres shorten has been found to be strongly correlated to how long the average lifespan of a species is.

Within individuals, lifestyle factors like exercise, diet, or more controversially drug treatments have been proposed to actually slow the rate of telomere shortening — and therefore “reverse” biological age. But certain types of diseases or behaviors can shorten them prematurely. Stress, for instance, has been linked to premature telomere shortening.

Put your faith in FitBit

Lim hopes that using fitness trackers like FitBit to measure sleep could help us learn even more about the health risks not getting enough can pose.

In this study, FitBits were combined with self-report surveys to track the amount of time each person slept and how high the quality of that sleep was. The FitBits tended to slightly over estimate sleep duration, but they were more accurate than the surveys.

“Sleep questionnaires tend to be unreliable and biased because people tend to not do a good job at estimating the amount of sleep they’re getting,” says Lim. “Those who sleep between say five to eight hours per night tend to just report a number that is close to the recommended number of hours per night, for example, seven.”

Still, not everyone has such a rosy outlook on fitness trackers’ abilities to help science.

Fitbit was recently bought by Google, prompting privacy concerns amongst users. If this study’s model is to be scaled up, private companies will need to change how they handle users’ private information, Lim says. 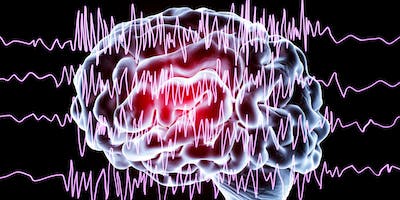 Spontaneous ‘micro-earthquakes’ in the brain are helping you sleep

Here’s what a good night’s sleep and earthquakes have in common.
Read More

“I wouldn’t be too happy if health data I share for health research ends up being used to generate predictive models that are patented as intellectual property by a private company,” he says.

“Private companies need to be transparent to their users and customers with regards to what their data is being used for, and ideally people should be able to opt-in the use of their data for research.”

If that trust can be built, fitness trackers like FitBits could tell us a lot more about sleep — and help us all get enough rest at night.

(For the source of this, and many other interesting articles, please visit: https://www.inverse.com/article/60883-fitbit-sleeplessness-aging-telomeres/)