Home
News
&
WEIRD SCIENCE
Do you actually own your DNA?
By Sarah Kearns –

Scattered around your house or apartment, lightly coating the surface of your coffee table and lurking in the nooks and crannies of each room, are millions of your skin and hair cells. There are so many, you likely don’t even notice them or feel any ownership over these lost biological bits of yourself. But what if someone came into your house and took them?

A cell is the fundamental unit of life — machinery to respond to external stimuli, replicate, and eat are all packaged within this tiny membranous bundle. Within a particular sub-compartment called the nucleus, DNA, the genetic sequence that codes for cellular material in your entire body, is kept. Cells come together to form tissues, organs, and full organisms, with humans composed of an arrangement of trillions of coordinated cells of many types: muscle, hair, skin, nerve,  … the list goes on and on. Research on particular cell types, obtained from human samples and cultured in labs, has advanced scientists’ understanding of human health and disease from cancers to autoimmune and neurodegenerative diseases.

This slightly changes our question: If a scientist had your cells, would you care? Would you hand over this discarded part of yourself for the greater good? And are these cells even yours in the first place?

Back in the mid-1950s, a patient with cervical cancer had her tumor biopsied to make a diagnosis. To try and understand cancer, these abstracted cells were kept and cultured. Unlike those studied before, these cells never died — previous cell samples would wither and stop replicating after a few weeks or months, making long-term studies on tissues difficult. But these cells had a particular cancerous mutation that allowed them to flourish. Named after the African American woman they were obtained from, Henrietta Lacks, this cell line – “HeLa,” as it is abbreviated – is still used for medical research today. However, neither Henrietta nor any of her family members consented to the prolonged use of her cells. As such, the past 60 years or so of research, including the development of the polio vaccine, relied on the cervical cells taken from an uninformed and underprivileged patient. It wasn’t until 20 years after Henrietta’s death that her family was finally flooded with the news that, while she was dead, her cells were alive. Not only that, companies were mass producing her cells and distributing them across the globe for a huge profit without the Lackses seeing a single penny.

Henrietta and her family are not the only ones who have encountered ambiguity in cellular ownership. In the mid-1970s, John Moore suffered from hairy-cell leukemia, a rare form of cancer where white blood cells grow hair-like projections. Part of the cancer’s pathology caused his spleen, an organ responsible for recycling worn-out blood cells that’s typically on the order of one pound, to enlarge to 14 pounds, clogged with hairy white blood cells. As in Henrietta’s case, a surgeon removed his cancerous cells to study the mutated pathway causing this unique cancer, naming and patenting John Moore’s cell line “Mo cells.” But unlike Henrietta’s disease, John’s went into remission and after the surgery, he sued his doctor for failing to obtain informed consent.

Property rights in these cases are not straightforward, however. Even though in both of these incidents the cells themselves were taken under false pretenses, the subsequent research and intellectual property derived from the cells is neither Henrietta’s nor John’s. Using ends to justify the means, the proceedings from the studies only occurred because of the research, and not the cells on their own. Especially since both cancerous HeLa and Mo lines have been duplicated trillions of times since first being removed, the original cells don’t exist anymore anyway because they have divided and replicated. 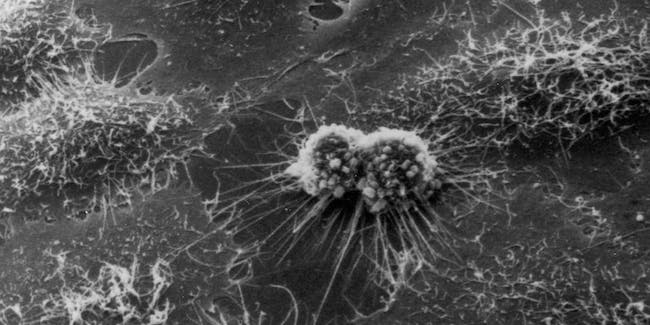 HeLa cells are still dividing in labs around the world

That said, the genetic material contained in the nucleus originated from their cells and is unique to them. This doesn’t change the conversation, but it switches the question again, slightly: who owns genetic content like DNA?

Genetic companies, popular with people looking for clues into their family histories, collect and analyze participants’ data from their DNA to perform their service. Most of these test kits require just a cotton swab of the inside of your cheek, which collects enough cells to be able to determine your genetic code. Within paperwork involved to obtain and use some kits, whether or not you read and understood the terms and conditions, you give consent to have your results archived and cataloged. This results in your unnamed information and identity plastered on databases for their contents to be mined and hauled by big data analytics.

While the knowledge that one’s biological identity is openly available unnerves many, the accessible records are often used for good. Massively mining genetic content is used for prognostic diagnostics and to identify global health trends. Through pattern-matching, genetic sequencing companies have a chance of finding causes and markers of disease which could lead to early diagnosis and treatment or prevention. For example, if you sequenced your DNA, it could be compared with others’ in the databank to determine risk for cancer or diabetes. Big data analytics can be used to improve healthcare, disease treatment, and quality of care with analytic algorithms and data modeling.

Along with health-related uses, genetic data is frequently used in a forensic context, where DNA evidence is used to identify criminals. Big genetics data is a new method recently used to find California’s Golden State Killer, who was at large in the ’70s and ’80s. Evidence from the cold case contained discarded materials with traces of the killer’s DNA. Screening this against archived genomes, there was a familial match that led the police to find and arrest the guilty Joseph DeAngelo. While the conviction is viewed as a success, having finally ended the hunt of a man who killed or abused more than 50 people across California, it still raises the same serious questions about civil liberty and ownership of one’s cells and genetic content.

Having the right to know

From Lacks’ cells to commercially available genetic kits, ownership comes down to knowing when your biological property is available to be legally owned by someone else, and having the informed consent to share it. In a time when African American patients, particularly female ones, were treated poorly in mid-1950s Baltimore, Lacks’ impoverished family was unfortunately not given any information concerning the location of HeLa cells, let alone any clues to her death; most members of her family were not even told what a cell is. In the cases of both HeLa and Mo cells, neither person was aware of the potential commercial applications of the subsequent cell line. Instead, hospitals and industries made millions off of maintaining cell cultures of the replicated human cells, with one vial of cells selling for hundreds to thousands of dollars each. During the Golden State Killer case, it’s been made clear that genetic profiling of an individual can occur even without their DNA. If one of your relatives spits into a vial for sequencing they are giving up a bit of your own genetic information, along with theirs, without your consent.

Still, courts favor the idea that biological content does not belong to the individual. The Lackses have not been compensated for Henrietta’s cells by the hospitals, though grants through a private foundation have gone to family members’ healthcare and education. Additionally, the United States Supreme Court ruled in 1990 that Moore’s discarded samples were not his personal possession. Though new guidelines surrounding biological property have been created, laws around genetic data that favor privacy are still lacking. For example, a recent ruling in California following the Golden State Killer case supported law enforcement’s ability to use DNA databases to solve cold cases.

A significant point of contention is the commercialization of cell lines or other biological samples taken from patients. When hospitals or research institutions make on the order of a hundred dollars per sample sold, people like Moore and the Lackses feel as though they’ve been conned out of their potential. In the late 1990’s, the Council of Europe constructed a treaty to protect against the misuse of biological and medical advances, stating that a biological sample taken from a patient “may be stored and used for a purpose other than that for which it was removed, only if this is done in conformity with appropriate information and consent procedure.” This includes samples like tissues, organs, and blood, but not of hair, nails, or skin. Similarly, the American Medical Association requires physicians contemplating the commercial use of human tissue to disclose applications of the sample to the patient, and suggests they share profits from commercialization. That said, this requirement isn’t enforced by any laws and so is more of a suggested guideline.

Along with monetary gains, cells and DNA have another significant value: data. Biological data has a significant impact on global health trends, criminology, and personal diagnostics. With that comes the potential for your data to be used against you. Some companies like 23&Me are at least making it clear that “genetic information you share with others could be used against your interests,” as they warn in their terms of service, sounding very much like Miranda rights. This type of explicit wording had previously been absent, leading to decades of uninformed consent. Especially with personal data being mined continuously with the growing use of wearable devices like FitBits that track biological information from activity, to sleep, to diet, there’s increasing need for users to understand where and how that data is being used. Some insurance companies are even asking for that data with the claim that it’ll help lower rates – but what if your data shows that you have a preexisting condition or aren’t perfectly healthy? Will that impact your insurance? 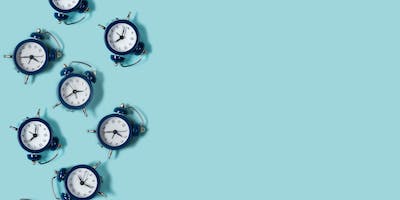 DST could have a “catastrophic” effect on long-term health

So why are we doing the opposite of what the sun intended?
Read More

With stakes high on both sides, either your biological data could be used to help treat diseases and catch a killer or used by health insurance companies to increase rates, at the very least people should know what they – and their cells – are getting themselves into.

This story originally appeared on Massive Science, an editorial partner site that publishes science stories by scientists. Subscribe to their newsletter to get even more science sent straight to you.

A version of this story appeared on MiSciWriters.

(For the source of this, and many other equally interesting articles, please visit: https://www.inverse.com/article/60979-who-owns-your-cells-dna/)