In 1969, a 4.6-billion-year-old meteorite fell to Earth. It showered a rural Australian town with chunks of smelly, black rocks and — more consequentially, overjoyed scientists. The Murchison meteorite, as it became known, was not just a weird-but-true local news story.

In fact, the meteorite is a record of some of the earliest chemistry in the Solar System, and, according to new research, contains long-sought-after clues about how life began on Earth.

The new study, published recently in the journal Proceedings of the National Academy of Sciences, reports the presence of ribose and other sugars in these meteorites. Ribose is a sugar and the backbone of RNA (ribonucleic acid, a nucleic acid present in all living cells) along with phosphate groups. Their existence implies that extraterrestrial sugars that fell to Earth may have contributed to the formation of RNA on the planet.

How did life on Earth begin?

Exactly how life sprang forth on the early Earth is not known, but one theory posits that RNA-based life emerged before DNA-based life, with the latter eventually superseding as the primary storage space for genetic material.

Known as the RNA World Hypothesis, the idea has courted controversy. One of the problems with the theory is that it’s not clear how RNA could have formed spontaneously on a prebiotic Earth. That’s where the space sugars on the Murchison meteorite, along with two other carbon-rich meteorites, could help clear up some of the questions.

Lead author Yoshihiro Furukawa, an associate professor at Tohoku University, tells Inverse that while many laboratory simulations suggest sugars ribose may have formed naturally on an early Earth, it’s not clear how much would have formed or when it would have emerged.

His study implies that alongside any terrestrial ribose, another source was possible — ribose from space. While we still don’t know if or how Earth-ribose spontaneously formed, the results suggest that ribose came to Earth by at least one other way: By hitching a ride on a space rock.

Isotope analysis of the meteorites, along with an analysis of a soil sample collected at the Murchison meteorite’s fall site, indicates that the bioessential sugars found on these samples are distinct from terrestrial sugars. This provides evidence of an extraterrestrial origin for at least some of the biological sugars found on Earth. It also raises the possibility that these sugars are what led to functional polymers, like RNA, and, eventually, DNA developing here on Earth.

“We found the RNA sugar ribose, but did not find deoxyribose, which is the DNA sugar,” Furukawa says. “This is the first geological evidence that shows geological superiority of RNA sugar over DNA sugar.”

The evidence jibes with the RNA World Hypothesis, but more research is needed to validate the theory.

“Ribose is super important for life, but it’s just one of life’s ingredients,” Furukawa says. “There are many steps to [the formation of] actual life, and we don’t know how we can make it.”

But scientists do know that sugars can form in space via a formose reaction, which involves the formation of sugars from formaldehyde. The mineral composition of the meteorites examined in this study suggests that their sugars formed both before and after their parent asteroids.

When the asteroids entered Earth’s atmosphere and fell as meteorites, they may have brought these vital ingredients for life with them. Perhaps the phrase that ‘we are all star stuff’ needs reworked — this new study suggests it might be more accurate to say that ‘we are all space sugar,’ instead. 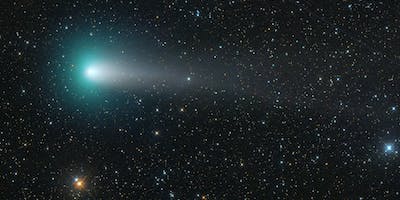 An annual meteor shower could have transported the organic molecules that seeded life on our planet.
Read More

Sugars are essential molecules for all terrestrial biota working in many biological processes. Ribose is particularly essential as a building block of RNA, which could have both stored information and catalyzed reactions in primitive life on Earth. Meteorites contain a number of organic compounds including key building blocks of life, i.e., amino acids, nucleobases, and phosphate. An amino acid has also been identified in a cometary sample. However, the presence of extraterrestrial bioimportant sugars remains unclear. We analyzed sugars in 3 carbonaceous chondrites and show evidence of extraterrestrial ribose and other bioessential sugars in primitive meteorites. The 13C-enriched stable carbon isotope compositions (δ13C vs. VPDB) of the detected sugars show that the sugars are of extraterrestrial origin. We also conducted a laboratory simulation experiment of a potential sugar formation reaction in space. The compositions of pentoses in meteorites and the composition of the products of the laboratory simulation suggest that meteoritic sugars were formed by formose-like processes. The mineral compositions of these meteorites further suggest the formation of these sugars both before and after the accretion of their parent asteroids. Meteorites were carriers of prebiotic organic molecules to the early Earth; thus, the detection of extraterrestrial sugars in meteorites establishes the existence of natural geological routes to make and preserve them as well as raising the possibility that extraterrestrial sugars contributed to forming functional biopolymers like RNA on the early Earth or other primitive worlds.

(For the source of this, and many other equally interesting articles, please visit: https://www.inverse.com/article/61018-rna-world-hypothesis-meteorite-sugar/)