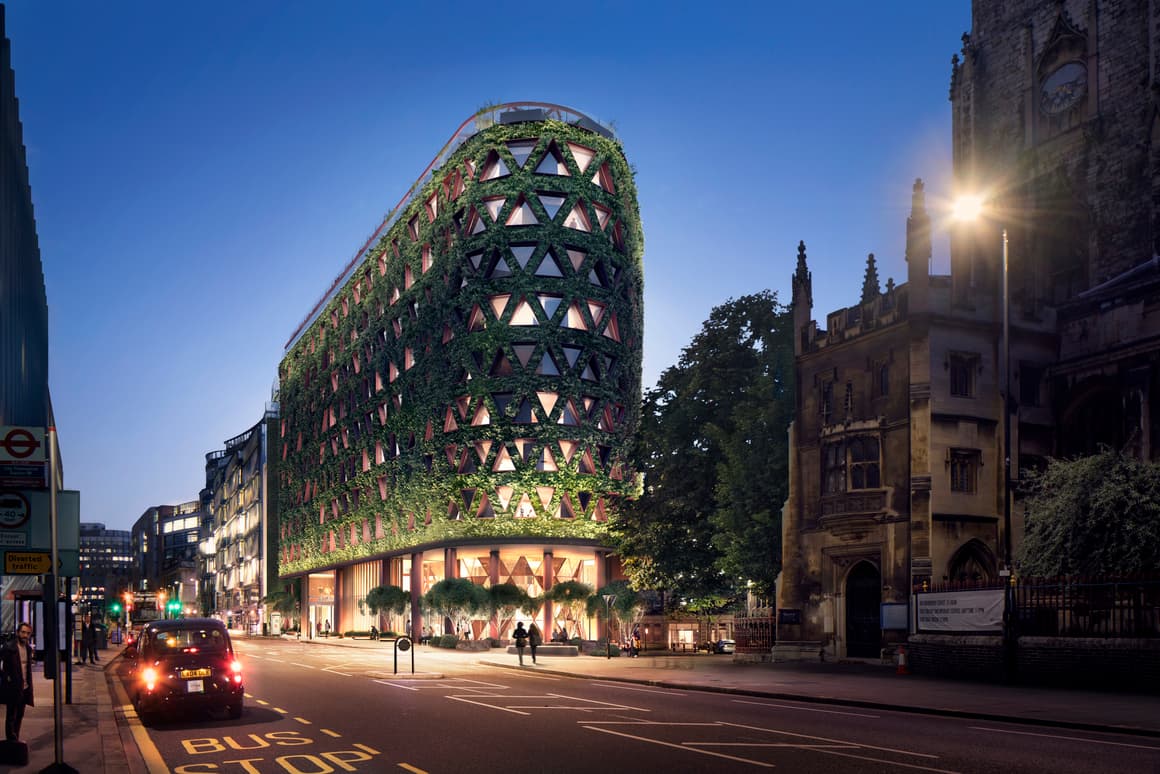 Assuming all goes to plan, Citicape House is due to be completed in 2024.  Sheppard Robson.

A remarkable new greenery-covered project has been submitted for planning permission in the City of London. Assuming it gets the thumbs-up, the Citicape House mixed-use hotel will integrate some 400,000 plants into its facade.

Citicape House is due for completion in 2024, and the 11-story building will be defined by its greenery-covered exterior, which architect Sheppard Robson says will be Europe’s largest living wall.

“By integrating 40,000 square feet [3,716 sq m] of living wall within the facade, the building is projected to annually capture over eight tonnes [8.96 US tons] of carbon, produce six tonnes [6.72 tons] of oxygen, and lower the local temperature by three to five degrees Celsius,” says Sheppard Robson’s press release.

We’ve reached out to the firm for more information on how it arrived at these impressive figures, and will update the story when we hear back.

The interior of Citicape House will consist of a 382-room five-star hotel, workspaces, meetings and events spaces. Additionally, there will be a sky bar on the 10th floor, and a restaurant elsewhere in the building. The development will also include a rooftop terrace open to the public, that offers views of the nearby St. Paul’s Cathedral.

Citicape House is part of a recent worldwide boom in greenery-covered architecture, which has included Italy’s Bosco Verticale, Singapore’s Kampung Admiralty, and the Netherlands’ Green Villa, to name just a few examples.

(For the source of this, and similarly interesting articles, please visit: https://newatlas.com/architecture/sheppard-robson-citicape-house/)