Home
News
&
WEIRD NATURE
&
WEIRD SCIENCE
What is a ‘stormquake?’ The storm-seism combination that shakes the Earth
By Nina Pullano

Weather. It is the subject that unites us all, a guaranteed conversation-starter, and infamously unpredictable. Every year, meteorologists and news anchors across the United States vie to come up with the most dramatic descriptions of weather events — from the polar vortex to ‘snow rollers,’ to frost quakes and bomb cyclones.

Now, scientists bring us a new phenomenon: The stormquake.

If you are wondering why something that combines both a chaotic storm and an earthquake hasn’t come on your radar before, we don’t blame you. But despite the intense name, these phenomena are often imperceptible. In fact, stormquakes were only discovered in October this year, and quite by accident.

So, WTF is a stormquake? And, if they are so hard to spot, how did scientists happen upon these weird weather events in the first place?

Stormquakes, much like their name suggests, are natural phenomena in which hurricanes or other storms send seismic tremors through the Earth. These tremors can be detected by seismometers, just like an earthquake.

Stormquakes can measure up to the equivalent of 3.5 on the Richter magnitude scale, which is used to measure the size of earthquakes. That’s only as strong as a minor earthquake.

The scientists behind stormquakes’ discovery were actually researching seismic tremors let off by nuclear weapons when they noticed this weird weather effect. In reality, a stormquake’s ripple-effects pale in comparison to those of a nuclear weapon.

Catherine de Groot-Hedlin, a researcher at the University of California, San Diego, was part of the team that discovered stormquakes. Her group came up with a method to find small seismic signals within big data sets.

“It’s a really efficient method of finding small-scale events,” de Groot-Hedlin tells Inverse. “We get so much data that it’s very easy to overlook events, or mis-associate a signal.”

The team was hoping to pick up signals from landslides, which can similarly rumble the Earth. They also look for potential nuclear threats — they can detect, for instance, if a country is conducting nuclear testing.

While looking for signs of these more dangerous events, they came across stormquakes. They picked up signals mostly off the east coast of the United States and the west coast of Canada. This pattern was curious — those areas aren’t known for earthquakes — and other places that are, like Baja California, didn’t show the same patterns.

That’s because stormquakes are not true earthquakes, de Groot-Hedlin says. They’re “just a tremor passing through the Earth.”

Stormquakes happen when a hurricane or other powerful storm moves north in the ocean, forming giant, tsunami-like waves in the water. The swell can get up to 12 meters, or 40-feet tall. Throwing up those giant waves causes pressure to rise on the ocean floor — as the waves go up and down, it creates a “pounding” effect.

That pounding resonates into the Earth, revealing itself in “microseismic” signals that can travel thousands of kilometers.

These are not something to be concerned about, de Groot-Hedlin says. Minor earthquakes often can’t be felt by humans — and these events are even smaller, she says.

Rather, stormquakes reveal new clues about how the Earth works.

“We didn’t know that the Earth was doing this,” she says.

Countries around the world agreed in a 1996 treaty not to test nuclear weapons. Since then, researchers have been working to make sure countries are sticking to their promises. But times have changed. 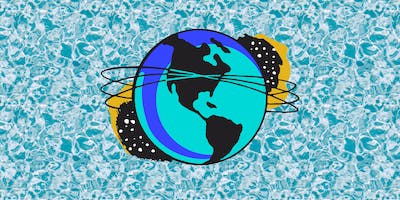 2019’s 20 most incredible stories about our planet

From feral hogs to sustainable diets, these stories are unmissable.
Read More

“These days, when a country does nuclear testing they brag about it,” de Groot-Hedlin says.

Since 1996, the team has identified a whole host of other strange seismic events — other “quakes” caused by glacier calving, for example, and by drilling for natural gas. While de Groot-Hedlin’s work may have bigger implications for how we live our lives beyond the weather, stormquakes serve as an example of how an interesting scientific discovery can often happen by accident.

Seismic signals from ocean‐solid Earth interactions are ubiquitously recorded on our planet. However, these wavefields are typically incoherent in the time domain limiting their utilization for understanding ocean dynamics or solid Earth properties. In contrast, we find that during large storms such as hurricanes and Nor’easters the interaction of long‐period ocean waves with shallow seafloor features located near the edge of continental shelves, known as ocean banks, excites coherent transcontinental Rayleigh wave packets in the 20‐ to 50‐s period band. These “stormquakes” migrate coincident with the storms but are effectively spatiotemporally focused seismic point sources with equivalent earthquake magnitudes that can be greater than 3.5. Stormquakes thus provide new coherent sources to investigate Earth structure in locations that typically lack both seismic instrumentation and earthquakes. Moreover, they provide a new geophysical observable with high spatial and temporal resolution with which to investigate ocean wave dynamics during large storms.

(For the source of this, and many other equally interesting articles, please visit: https://www.inverse.com/article/61508-stormquakes-explained-discovery/)