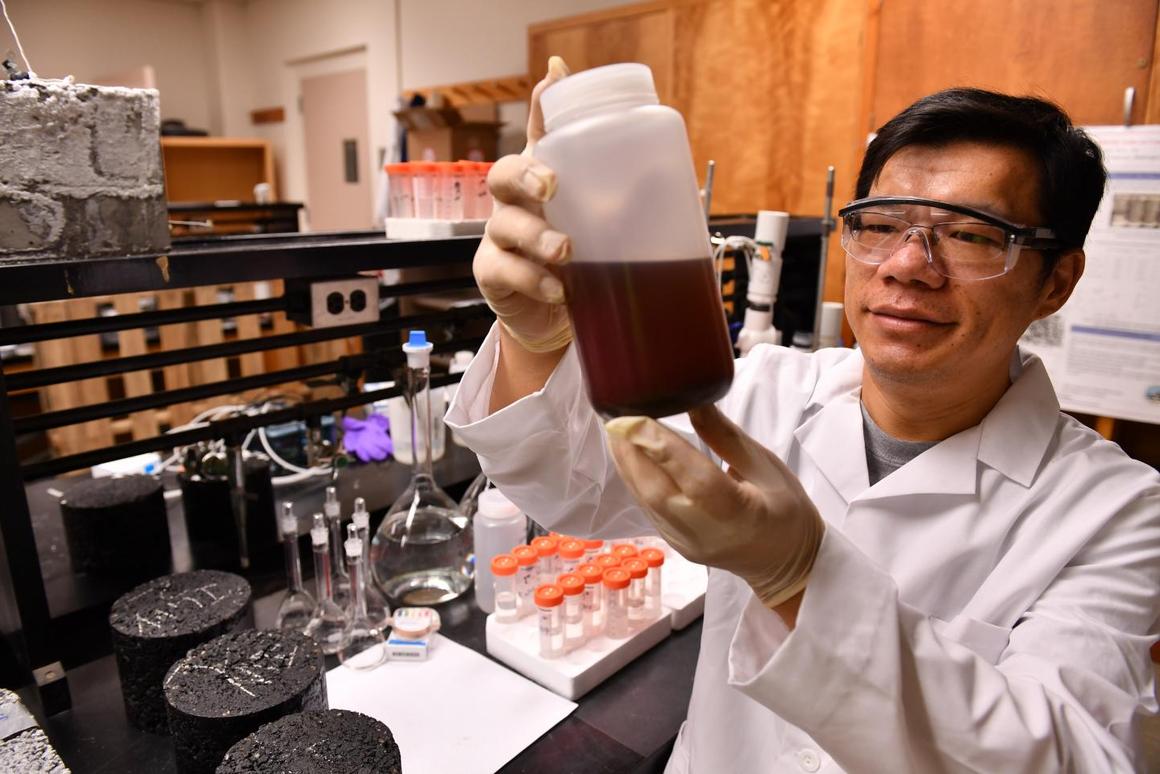 Commonly known as road salt, the sodium chloride that’s commonly used to de-ice highways is harmful to the environment, plus it corrodes both road materials and vehicles’ metal bodies. There may soon be a kinder, gentler alternative, though – made from discarded grape skins.

Led by Assoc. Prof. Xianming Shi and grad student Mehdi Honarvar Nazari, scientists at Washington State University started by developing a process that utilizes chemical degradation and natural fermentation to break down grape skins and other grape-processing waste. The technique reportedly produces no waste of its own, and is used to obtain ice-melting organic compounds such as phosphates, amines and amides.

When a de-icing solution containing those compounds was lab-tested, it was found to melt ice faster than traditional sodium chloride-based de-icers, while also causing “significantly less” damage to concrete and asphalt.

It also reportedly poses little environmental risk to nearby bodies of water that it may be carried into. By contrast, even the beet juice that’s used in some “eco-friendly” de-icers can still potentially harm aquatic life by depleting oxygen in the water.

Of course, regions that are warm enough to have large grape harvests aren’t necessarily going to get particularly icy roads. That said, the university claims that the process can also be used to collect the required compounds from other types of agricultural waste, such as peony leaves, sugar beet leaves, dandelion leaves, and apple waste.

“We delivered a more sustainable solution because we’re introducing less chlorides into the road operations and are achieving comparable or better performance,” says Shi. “It’s one step in the right direction.”

A paper on the research was published recently in the Journal of Materials in Civil Engineering.

(For the source of this, and many other equally interesting and important articles, please visit: https://newatlas.com/environment/grape-skins-de-icer/)