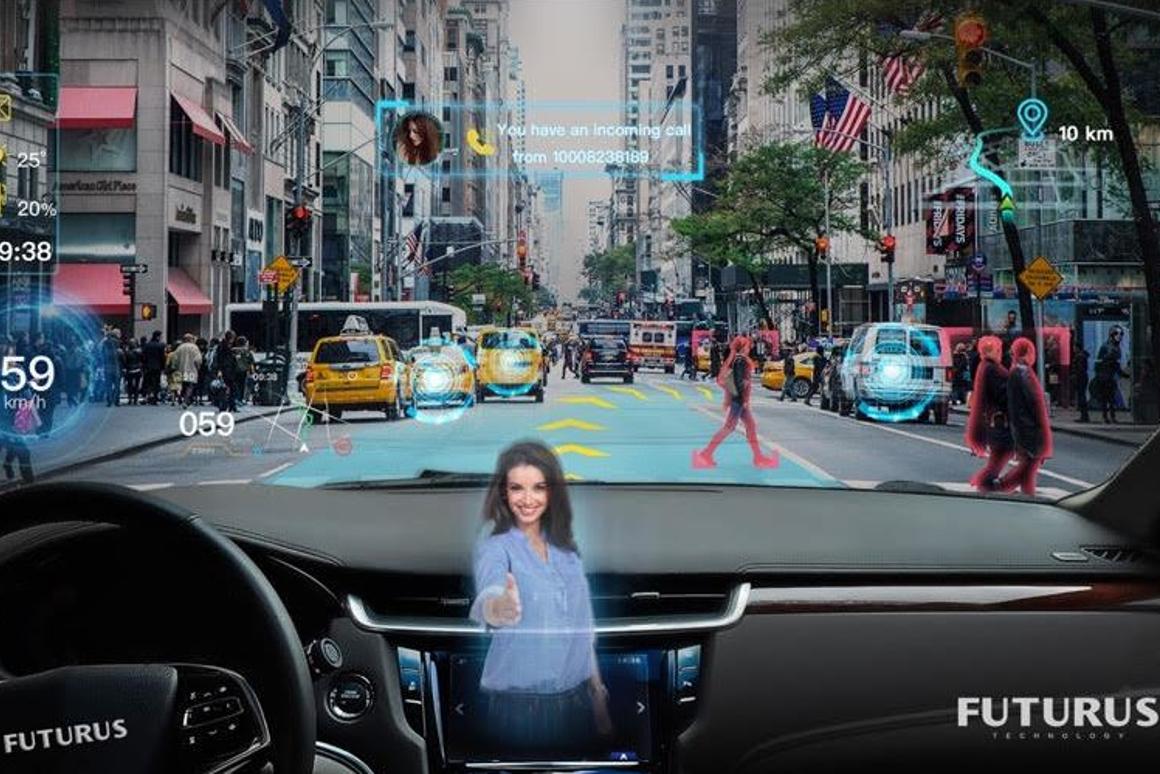 Futurus believes the cars of the near future will roll with all-singing, all-dancing augmented reality windscreens.  Futurus.

Heads-up displays have all kinds of potential applications, but what if your car’s entire windscreen was a gigantic mixed reality display, capable of overlaying all manner of graphics and animations over the view forward and even acting as a movie screen for passengers?

Beijing-based company Futurus believes the cars of the near future will roll with all-singing, all-dancing augmented reality windscreens, and says it’s ready to present the light field projection technology that’ll make it all possible at CES 2020 next month.

Offering a field of view up to 60 degrees, resolution of 80 pixels/degree and luminance up to 15,000 nits, these displays could be used to highlight hazards detected by the car’s systems, illuminate lane divisions, paint navigation directions directly onto the driver’s view of the road, and even replace the infotainment screen as the primary interface for phone and media connectivity.

Futurus says it could act as a giant entertainment screen for passengers, operating in a way that doesn’t allow the driver to see what everyone else can in order not to distract them.

It could also, these mockup photos appear to suggest, be responsible for the projection of little helper avatars to personify the in-car voice assistance systems. Great, soon your Mustang will have its very own Clippy to annoy you. “It looks like you’re trying to do a burnout. Would you like some help?”

The ability to fill your entire windshield with dancing digital candy could be a safety benefit, Futurus claims. It could also, of course, be a giant liability if the system glitches out and throws up a blue screen of literal death as you’re trying to change lanes on the freeway. And while it’s cool that it can highlight potential hazards and pedestrians, it’d jolly well better be 99.999 percent accurate in that task, or else it could actively hide other pedestrians it didn’t detect simply by omitting them from the graphics. I sure wouldn’t want to defend that kind of technology fail in a death by negligence lawsuit.

Futurus tells us it “cannot disclose” at this time the names of the “world’s most famous automobile manufacturers” it’s been working with to “get this product into mass production.” It would appear prudent to be skeptical, at least until we’ve seen how it works in the flesh, but we also can’t rule out the possibility that it’ll be a super cool gadget that’ll start popping up on high-end autos within a few years.

(For the source of this, and many other equally interesting articles, please visit: https://newatlas.com/automotive/futuris-augmented-reality-windshield-hud/)