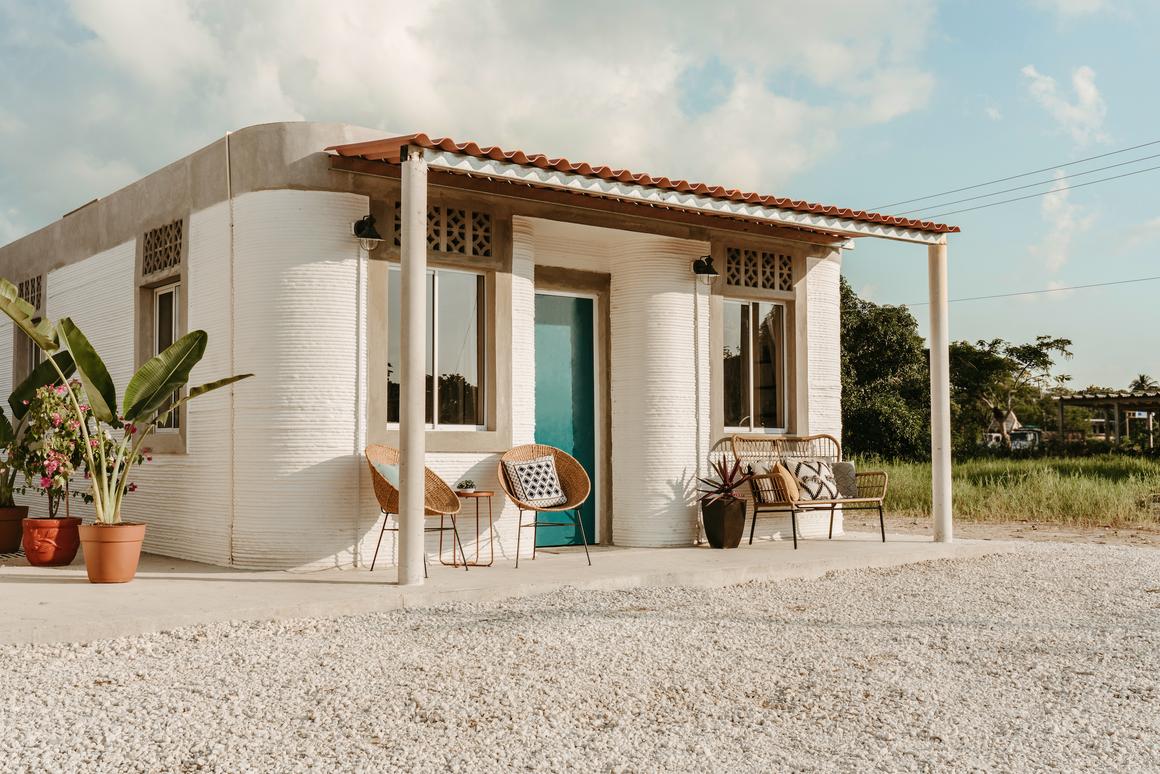 We’ve followed New Story’s efforts to create affordable 3D-printed homes for a while, including its first prototype model and ambitious plan to build a community in Latin America. That plan has now been put into action and the non-profit has revealed what it calls the world’s first 3D-printed community, which is currently under construction in rural México.

The project, which was created in partnership with Icon and Échale, is located in Tabasco, southeastern México. The team aims to produce 50 homes for families in the area who are living in extreme poverty, often in dangerous and rickety makeshift shelters. So far, two homes have been completed and the families chosen will receive them at a zero interest, zero profit mortgage costing around 400 Mexican Pesos (about US$20 per month), which will run for seven years. 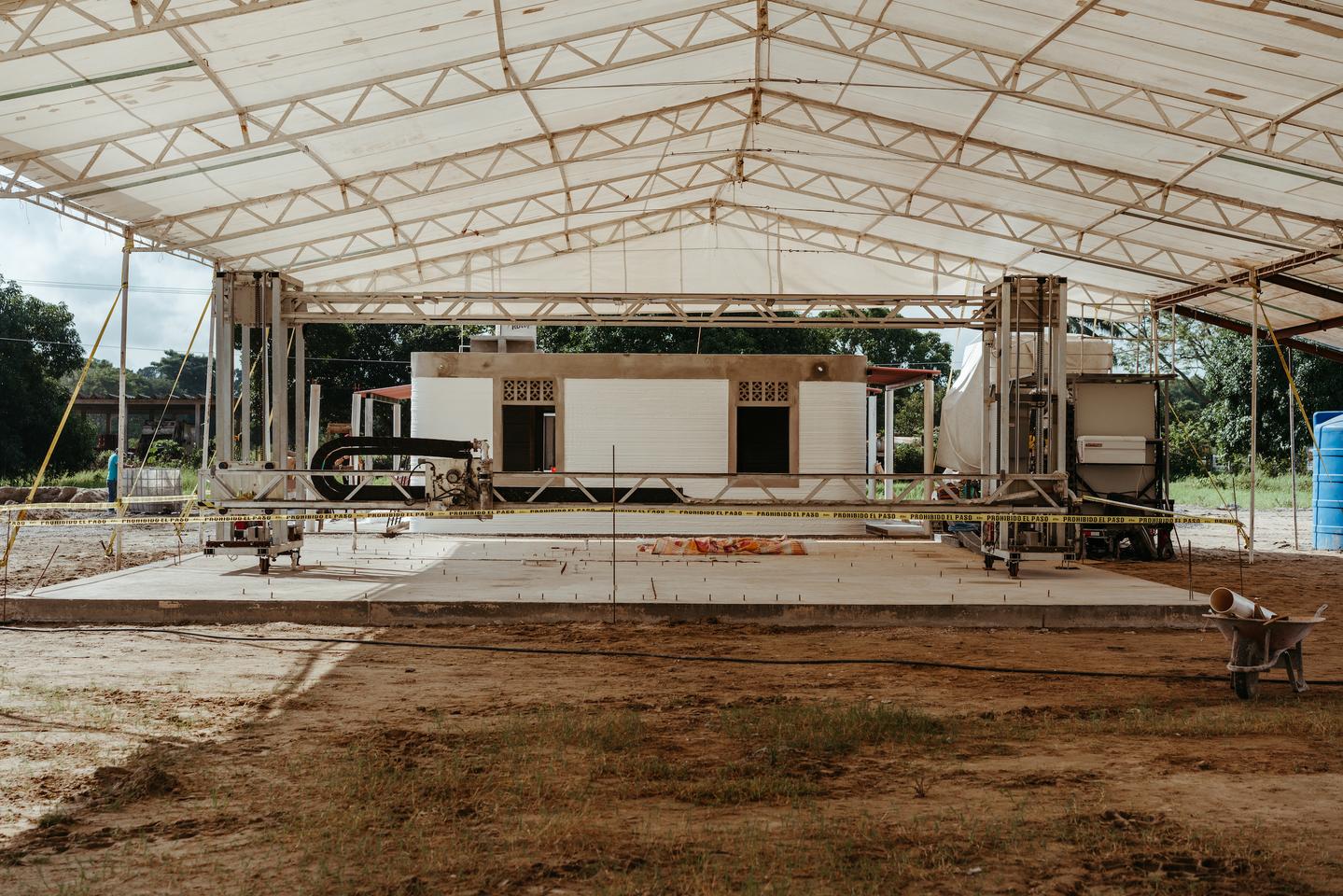 The construction process was similar to other 3D-printed projects we’ve reported on and involved the Vulcan II printer.  Joshua Pérez for New Story.

The construction process for the homes was essentially the same as other 3D-printed projects we’ve reported on and involved Icon’s Vulcan II printer extruding cement out of a nozzle, layer by layer, until the basic structures of the homes were completed. This process took about 24 hours per house. Human builders then came in and finished them off by adding roofs, windows, and doors. However, the project wasn’t without challenges.

“The 3D printer for homes, called the Vulcan II, is designed to work under the constraints that are common in rural locations, but the journey has not been easy,” says New Story. “Power can be unpredictable and local rainfall has often flooded access roads to the construction site. This printer, designed to tackle housing shortages for vulnerable populations, is the first of its kind.”

The finished homes measure 500 sq ft (46.5 sq m) and look comfortable and well made. The interior is laid-out on one floor and divided into two bedrooms, a living room, a kitchen, and a bathroom. There’s also a small porch area for dining outside.

They come with electrical and water hookups and, according to New Story, have been engineered above the standard safety requirements to ensure they will withstand both the local seismic conditions, and the test of time.

“We are living a historic moment, having the first community of 3D-printed homes being built,” says Gretel Uribe, Development Director, Échale. “But more than the technological accomplishment that this represents, which feels like science fiction meeting reality, I would like to point out that this technology is being developed and used to bring adequate housing to the most vulnerable families. I think this project is a lesson that if we come together to work, join talents and resources, and lead them to solve real problems, the dream of sustainability and social fairness is achievable.”

New Story declined to share the actual construction cost of the homes at this time but is aiming to increase efficiency and lower cost as the project progresses. The non-profit also expects that the remaining 48 homes will be filled with families by next year.

(For the source of this, and many other equally interesting articles, and to view all 13 images  associated with it, please visit: https://newatlas.com/architecture/new-story-3d-printed-neighborhood-mexico-underway/)