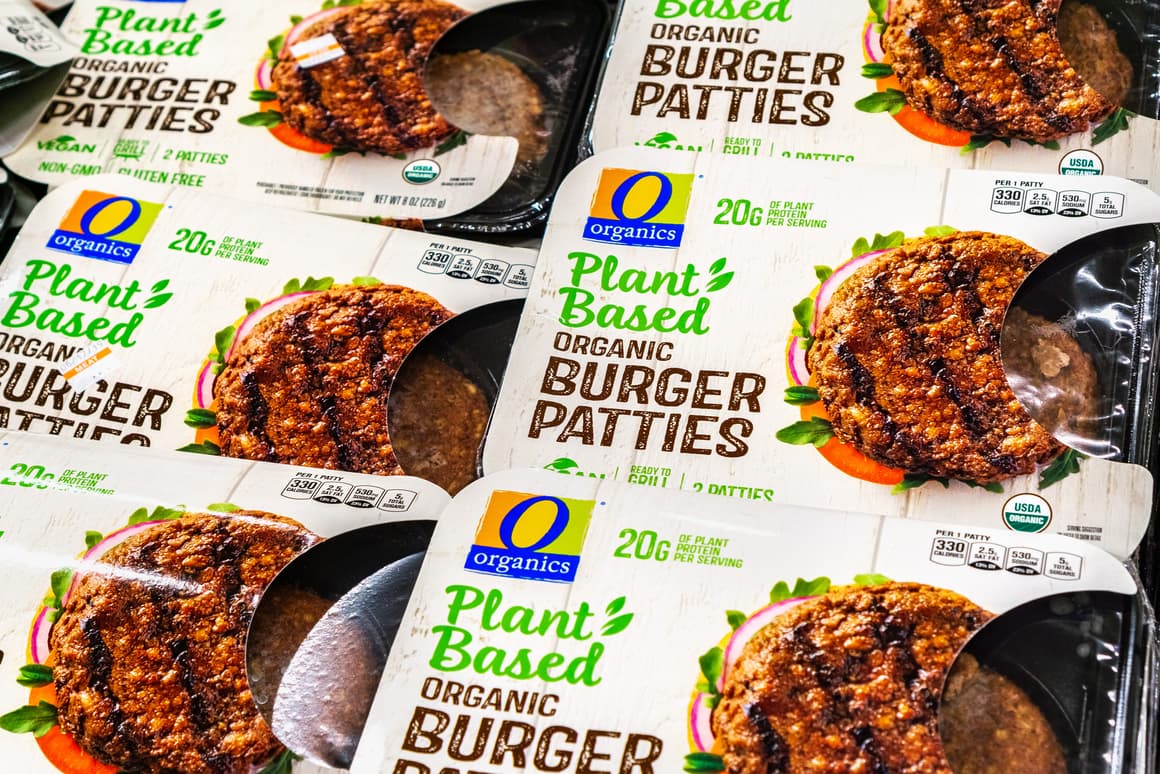 Plant-based meat producers have had a win in the ongoing battle over what can and can’t be labeled a meat product in the United States. A federal court has temporarily blocked a law, passed in Arkansas earlier in 2019, which made it illegal for terms such as “burgers” and “sausages” to be applied to products made from plant-based materials.

The explosive growth of the plant-based meat substitute industry over the past few years has undoubtedly proved concerning to traditional livestock industries. What for years had been a small niche market, focused primarily on vegetarian consumers, has expanded to become a multi-billion dollar industry.

Impossible Burger, Beyond Meat, and other companies have leveraged growing concerns over sustainability and the environmental impact of livestock, with modern food technologies to create burgers, sausages and other products that closely resemble their animal-based counterparts. Meat-eaters are now increasingly experimenting with plant-based meat substitute products, and in the face of a shrinking market share, traditional meat-producing industries have begun lobbying to get laws passed regulating what can, and cannot, be called meat.

Several US states have passed laws restricting non-meat products from using meat-related terminology. But one of the most far-reaching laws to recently pass came in the US state of Arkansas early in 2019. The act was titled, “An Act to Require Truth in Labeling of Agricultural Products That Are Edible by Humans,” and it didn’t just cover animal-based meat substitute products, but also included all dairy, horticultural, viticultural, and even bee-related, products. In theory, the far-reaching law made the labeling of products such as soy milk and cauliflower rice illegal.

Many court cases around the country are challenging these laws, and in the case of Arkansas the ACLU and several other organizations have joined the battle, on behalf of the longstanding popular meat alternative Tofurky. Despite the law being passed earlier in the year, it has yet to be enforced.

Tofurky, a company with products including the terms “chorizo”, “hot dogs”, and “ham roast”, has claimed the law is unconstitutional and violates its free speech rights. The state’s argument is that these laws are necessary to protect consumers from products with intentionally misleading or deceptive labels.

“You can’t sell a Chevy and call it a Cadillac,” said Republican David Hillman, a key advocate of the Arkansas meat-labeling act.

The latest chapter in this ongoing saga presents a substantial, and promising, win for plant-based meat producers, with a federal judge issuing an injunction blocking the Arkansas law until the current court case is resolved. In a thorough ruling, United States District Judge Kristine G. Baker not only blocked the current Arkansas law, but suggested Tofurky will most likely ultimately win the case when it finally progresses through the court system.

The key plank Arkansas lawmakers used to pass the law was the implication labeling a non-meat product with a title such as “sausage” was misleading to consumers and caused confusion. Judge Baker’s ruling suggested Tofurky’s expansive labeling visibly displayed enough other terms – such as “plant-based,” “vegetarian,” and “veggie” – that it is unlikely any ordinary consumer would be deceived.

“The State appears to believe that the simple use of the word ‘burger,’ ‘ham,’ or ‘sausage’ leaves the typical consumer confused, but such a position requires the assumption that a reasonable consumer will disregard all other words found on the label,” the ruling states.

The ruling also suggests a compelling alternative path that government regulatory bodies could pursue, if the primary concern was to address misleading or deceptive food labeling practices.

“Further, as opposed to the prohibition in Act 501, the State could require more prominent disclosures of the vegan nature of plant-based products, create a symbol to go on the labeling and packaging of plant-based products indicating their vegan composition, or require a disclaimer that the products do not contain meat if further laws are deemed necessary to advance its stated purpose,” the ruling states.

Jessica Almy, from The Good Food Institute, which is working with the ACLU and Tofurky on the lawsuit, suggests this early ruling is a victory for free speech.

“Had this law been enforced, Tofurky would have faced a terrible choice: create confusing new labels for Arkansas with absurd language like ‘veggie tubes’ and ‘veggie discs,’ risk violating the law, or stop selling food in Arkansas altogether. The court has put a stop to the significant government overreach and Arkansas consumers are now free to have all the choices available to consumers in other states.”

The Arkansas lawsuit is ongoing, however, it mirrors several other challenges to recent meat-labeling laws passed in states around the country including South Dakota, Mississippi and Louisiana. With the looming prospect of lab-grown meat products hitting the market it would not be surprising to see this issue move all the way to the federal Supreme Court before it is eventually resolved.

Brian Hauss, staff attorney with the ACLU’s Speech, Privacy, and Technology Project, suggests the statements made by Judge Baker in the course of this ruling indicate how much of a constitutional battle livestock industries may have in trying to take control of food labels.

“We’re glad the court blocked the state’s blatantly unconstitutional effort to stifle competition by censoring speech,” says Hauss. “Legislatures that have passed or are considering similarly absurd laws in their states should take note of this ruling and correct course now.”

(For the source of this, and many other equally important articles, please visit: https://newatlas.com/science/federal-court-arkansas-tofurky-aclu-plant-meat-labeling-law/)