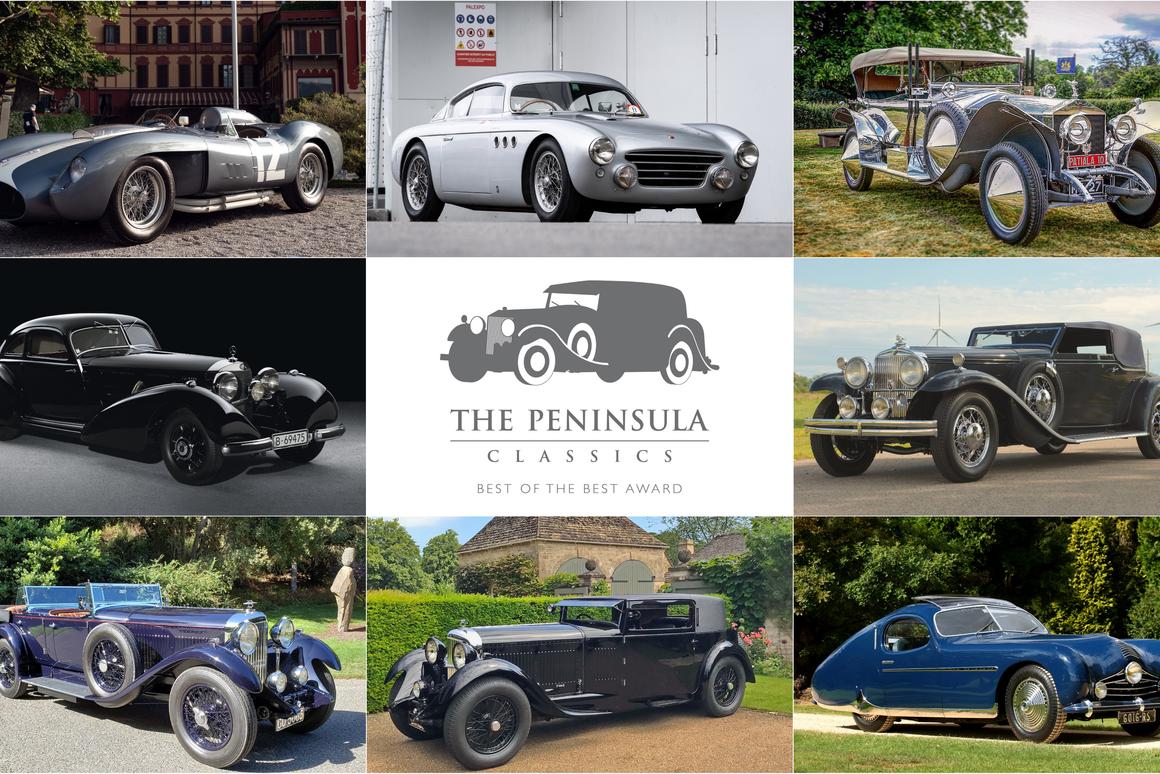 The winner of the Peninsula Classics 2019 Best of the Best Award will be decided by a panel of 25 well-qualified judges, ranging from collectors to automotive designers.

Drawing its contestants from the winners of eight elite Concours events held in Europe and America in 2019, the Peninsula Classics Best of the Best Award is the de facto world championship of Concours cars.

Concours d’elegence have been around since before motor cars existed, beginning in the parks of Paris when the vehicles were horse-drawn. These automotive beauty contests are now regularly held across every country in the developed world, celebrating the freedom machine in all its glory.

Once of quite modest social significance, the major concours events are now anything but, and attract fields of hundreds of museum quality cars to an extraordinary depth. To fully appreciate the footprint of The Peninsula Classics 2019 Best of the Best Award it is necessary to think about the status of each of the eight contributing Concours events which contribute the finest car they see each year.

That accounts for the finest cars in America (where the vast majority of the world’s most valuable collectible cars now reside), Great Britain, France, Italy, and the remainder of Europe.

In motorsport, The Peninsula Classics 2019 Best of the Best Award would be given world championship status – there’s just no governing body to endorse it as such, but there’s little doubt that the de facto world champion classic car for 2019 will be announced on February 6, 2020 at an award presentation at The Peninsula Paris during Retromobile week.

And the contestants are:

Winner: Best of Show at the 2019 Salon Privé