January 2019 was an eventful month for Chinese space exploration, to say the least. On January 3, the China National Space Administration not only became the first to land a spacecraft on the far side of the Moon, but they also brought items such as potatoes, silkworm eggs, and cotton seeds to the lunar surface — ingredients for the first-ever extraterrestrial cultivation of life beyond Earth and the International Space Station (ISS).

The lander, called the Chang’e-4 in honor of the Chinese Moon goddess of the same name, held the precious materials in a 3-kilogram (6.6-pound) aluminum container that combined air, water, and a special nutrient solution to create a self-sustaining ecosystem. While the United States’ NASA and other space agencies have grown vegetables and raised animals aboard the ISS, this experiment constituted the first attempt to bring biological experiments to the lunar surface.

Professor Liu Hanlong, who led the experiment, told the South China Morning Post at the time that the items had been specifically chosen with the future survival of other lunar visitors in mind.

“We have given consideration to future survival in space. Learning about these plants’ growth in a low-gravity environment would allow us to lay the foundation for our future establishment of space base,” Liu said.

And on January 7, just a few days after the initial landing, a photo of the experiment showed the planted cotton seeds had begun to sprout, making them the first organism ever grown on an extraterrestrial surface.

Things went downhill from there.

On January 16 the cotton seedling was dead and the entire experiment had been effectively scraped, according to the GB Times.

Cause of death? A cold lunar night.

It turns out the experimental container wasn’t outfitted with a battery-powered heater, meaning that seedlings had no way to combat the Moon’s cool chill — negative 62 degrees Fahrenheit.

In a separate interview with South China Morning Post sister publication, Inkstone, Liu said that weight limitations during Chang’e-4’s launch had kept the team from sending up extra batteries.

While reports are hazy on exactly what happened to the other organisms included in the canister, the South China Morning Post reported that they also perished in the cold and will decompose along with the seedlings in the air-tight container. 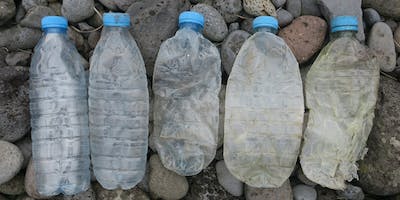 Shocking amounts of plastic smother this uninhabited island in the Atlantic

Inaccessible Island is full of garbage, and the problem is getting worse every year.
Read More

Despite the disappointing crop yield from this experiment, it’s hardly the end of the Chang’e-4 mission or of the Chang’e program itself. Chang’e-4 will continue exploring the far side of the Moon and is soon to be joined in 2020 by Chang’e-5, a rover that will focus on bringing lunar samples back to Earth.

As 2019 draws to a close, Inverse is revisiting the year’s 20 wildest space stories. Some are awe-inspiring, some are bordering on science fiction, and some are just, well, wild. This is #12. Read the original article here.