Will Bonsall is a homesteader and 45-year vegan living in rural Maine with a message for Americans – your vegetables are “very un-vegan”.

Bonsall is an influential member of a small but growing group of vegan and organic – “veganic” – farmers, who want to revolutionize organic agriculture, which traditionally depends on animals byproducts such as cow manure.

“There’s a little bit of a disconnect, even hypocrisy, in vegans … We vegans like to put on our plates [vegetables] grown in methods that are very un-vegan,” Bonsall said.“Most organic agriculture is focused on moo poo,” said Bonsall. “Cow manure, animal manure, but also blood meal and bone meal,” he said.

A vegan diet excludes all products derived from animals, including meat, dairy, eggs and honey. Often, these products are avoided for health, environmental and ethical reasons. 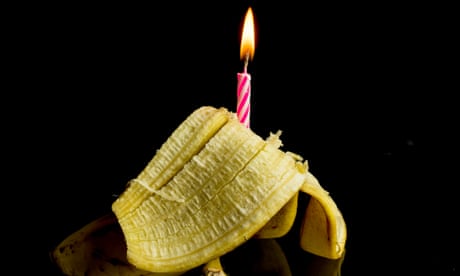 A birthday candle in a banana: why fruit is by far the most offensive vegan dessert

Standard organic vegetable farming practices have used animal-derived products for centuries to boost soil fertility, such as cow manure, which farmers like Bonsall argue supports large-scale industrialized animal farming and, in his estimation, is unethical.

But the question of whether organic farming should necessarily exclude animals is hardly settled. Even proponents of veganic farming describe it as “controversial”.

The Rodale Institute helped develop the US Department of Agriculture standard for organic farming. Researchers there are pushing not for veganic methods, but for “regenerative organic certification”, which they hope can promote animal welfare, social justice and soil health.

“We’re at a point in time where our soils have been so degraded that it is actually becoming more and more difficult to grow crops in those degraded soils,” said Jessica Lang, research coordinator for the Rodale Institute. “This word – regenerative – is one that really needs to get into the vocabulary of the general population,” she said.

Bonsall’s is one of just 50 or so veganic farms in the United States, according to research by Professor Mona Seymour of Loyola Marymount University. Bonsall’s method of growing “perennial food crops with minimal fossil fuel and animal inputs”, is laid out in his book, an Essential Guide to Radical, Self-Reliant Gardening.

In a myopic sense, industrial agriculture – which uses nitrogen-fixing synthetic chemical fertilisers – is vegan. They are not derived from animals and allow farms to grow vegetables that are bigger and more tightly packed together, and free from animal manure and byproducts.

“The next logical step from that is growing organically but without animal manure,” said Jenny Hall, a trustee of the Vegan Organic Network based in the UK, and co-author of Growing Green: Animal-Free Organic Techniques. Hall has been vegan for 25 years.

“Within the organic movement it’s still controversial,” she said. “But actually, the reality is all plants are the original source of energy. In any ecological system plants are the bottom of the food chain, so it’s really just following nature’s cycle,” said Hall.

Industrial animal agriculture is one of the most environmentally damaging activities humans do, and many believe vegetarian and especially vegan eating could radically decrease greenhouse gas output.

If the world adopted a vegan diet, a recent study in Science found, global farmland use would shrink by 75%, equivalent to the area of the US, European Union, China and Australia combined. Industrial animal agriculture is the second-largest contributor to human-made greenhouse gas emissions after fossil fuels and is a leading cause of deforestation, water and air pollution and biodiversity loss.

Veganic farms remain small scale now, and less developed in the United States than in the European Union, where growers already have a certifying body, called “biocyclic vegan”. In the US, there is no certification, and veganic produce is harder to find, though not impossible if buying direct from farmers, Hall said. 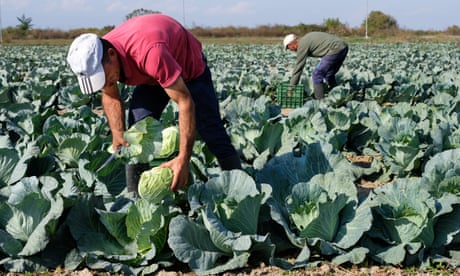 To date, most veganic farmers are growing vegetables and fruits. As interest in veganic farming grows, the next phase of the movement is to bring onboard traditional grain farmers, Hall said.

“For a long time, no one gave two poops about the organic movement, because it was just a bunch of hippies,” said Bonsall. For decades, many argued if world agriculture went organic “we have to decide which third of the world is going to starve to death,” because without petrochemicals farmers couldn’t grow the necessary amount of produce. “Nowadays, there are lots of people doing it, and I’m just another fly on the wall.”

(For the source of this, and many other equally interesting articles, please visit: https://www.theguardian.com/environment/2019/dec/24/vegetables-vegan-organic-agriculture-farming/)