You may not remember the last time you sprayed a carpet to make it waterproof, but those chemicals are likely still floating around your home. A team of scientists in Belgium suggests that we should take notice of them. Chemicals that are often used to make fabric and furniture weather – could age humans from the inside out.

A May paper published in the journal Environmental Science & Technology showed that two major chemicals, perfluorohexane sulfonic acid (PFHxS) and perfluorooctanesulfonic acid (PFOS) are linked to cellular aging. These long-lasting chemicals, their research suggests, are linked to shorter telomeres (protective caps on the edges of chromosomes) and have some strange effects on DNA.

This is #8 on Inverse’s 20 most incredible stories about our planet from 2019.

These chemicals may seem hard to find, but Michelle Plusquin, a study author, told Inverse this year that they are particularly relevant in Flanders, where this study was conducted. As for other countries, she added that these chemicals are “found in the environment” and “mainly enter the human body via the air, food, or skin contact.”

PFOS and PFHxS belong to a class of chemicals called polyfluoroalkyl substances (PFAs). PFAs have been found in food packaging, non-stick pans and stain and water repellant fabrics. If they stick around, according to the EPA, there is evidence that they can lead to “adverse health effects in humans.”

This study focuses on PFOS and PFHxS, two specific chemicals within that larger umbrella group.

PFOS was once an ingredient in Scotchgard, and has caused major controversy within 3M, Scotchgard’s manufacturer. Richard Purdy, a former 3M scientist, called PFOS “the most insidious pollutant since PCB” in his resignation letter from the company in the late nineties. In 2000, 3M announced that it would phase out the use of PFOS. PFHxS as Plusquin explained, is used to treat textiles and furniture.

Using urine samples from 175 individuals, these scientists found that higher urinary concentrations of copper and PFOS were correlated with shorter telomere length, which is a sign of cellular aging. They also found that these chemicals were related to strange changes inside the cell.

People with high levels of urinary copper and PFHxS had less mitochondrial DNA, the DNA that’s not housed in the cell’s nucleus. But those who had high amounts of PFOS in their urine samples seemed to have more mitochondrial DNA. 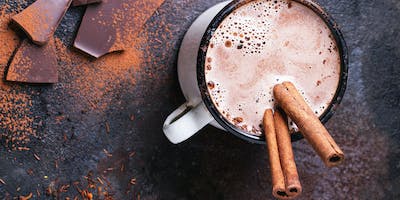 This Christmas spice could help reduce your blood cholesterol

Unlike many Christmas foods, this one might actually be good for you.
Read More
–
“…they might need more energy due to these exposures…”
–

Ultimately, the authors are unsure of what these changes actually mean, but they suggest that the presence of these chemicals in the body messes with the way cells manufacture energy (the mitochondria are primarily responsible for energy manufacturing in the cell.)

“Mitochondrial DNA content is known to fluctuate, and a higher content might mean that there is a higher need for mitochondria. As mitochondria deliver energy to the cell, they might need more energy due to these exposures,” she said.

As 2019 draws to a close, Inverse is revisiting the year’s 20 most incredible stories about our planet. Some are gross, some are fascinating, and others truly are incredible. This has been #8. Read the original article here.

(For the source of this, and many other equally important articles, please visit: https://www.inverse.com/article/61973-household-chemicals-and-aging/)