Fifty-thousand years ago, humans’ romantic horizons extended far beyond other boring Homo sapiens. That’s according to a July 2019 study that describes how our ancestors often mated with other species of the the Homo genus: Neanderthals, Denisovans, and two other unnamed hominids.

The discovery was made after scientists used previous studies to create “mixing maps” — aka when and where mating between humans and other hominid species happened. Turns out that these cross-species liaisons happened at times in Europe, and at other times in Asia.

The most-frequent “mixing events” were those between Neanderthals and Homo sapiens. Modern humans met and interbred with Neanderthals in western Eurasia around 50,000 to 55,000 years ago. But Neanderthals also mated with our species in East Asia. The results are still evident in genetics — most Europeans and Asians have approximately two percent Neanderthal DNA.

A combination of archaeological and genetic data also indicates that modern humans mated with Denisovans — another ancient hominid — in eastern Eurasia, maritime South Asia, and later towards Australia. And because East Asians have a second set of Denisovan genomes not found in the DNA of South Asians or people of Papuan descent, scientists believe interbreeding between Denisovans Homo sapiens happened during at least two independent episodes. 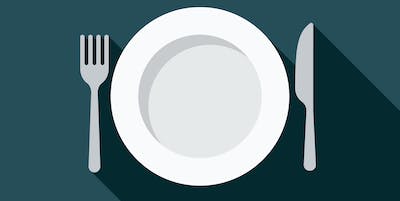 The science-backed guide to intermittent fasting, 2019’s most popular diet

In 2019, Inverse asked the experts what intermittent fasting actually does to your body.
Read More

Humans also mated with two currently unknown species of ancient hominid, the results suggest. In this study, they are labeled: “EH1” and “EH2.” There’s a theory the EH1 group might have actually been Denisovans, but this study argues that EH1 is “so genetically divergent that it is equidistant to both Neanderthals and Denisovans, and probably represents an entirely new hominid group.” EH1 genes have been found in the DNA of some modern Asian and Australo-Papuan populations.

The signature of the other unknown, extinct hominid, EH2, can be found in the genomes of individuals who live near Liang Bua Cave in Flores, Indonesia. It’s currently unclear if these genes are related to Homo floresiensis, an extinct species of hominid whose remains have also been found in Flores. Time — and more genetic data — will have to tell.

As 2019 draws to a close, Inverse is counting down the 25 science stories from this year that made us say “WTF.” Some are incredible, some are icky, and some are just plain strange. This has been #4. Read the original article here.

(For the source of this, and many other equally interesting articles, please visit: https://www.inverse.com/article/61940-ancient-human-four-species-mating-mixing/)