Home
News
&
WEIRD ANIMALS
Dogs have us on a tight leash, thanks to one adorable trait
By Nina Pullano

Dogs have a secret weapon against us humans — ‘puppy dog eyes.’ Researchers learned earlier this year that the trait is one that dogs have evolved to have, for precisely this reason — it gets results.

Dogs are good at emotionally manipulating humans with their sweet gazes and cute facial expressions. But a new study published in June 2019 gets to why dogs have developed these traits — specifically, their expressive eyebrows.

Turns out we have ourselves to blame: Dogs’ eyebrows are a result of humans’ unconscious preferences. Eyebrows help signal what’s on dogs’ mind to their owners. They are the product of domestication — wolves don’t have the muscular structure needed to make the sweetest faces you ever did see.

Study co-author Rui Diogo, an anatomist at Howard University, told Inverse at the time that — normally — the anatomy of muscles evolves slowly. But in this case, dogs’ eyebrows developed quickly — in evolutionary terms — in just the space of tens of thousands of years.

Dogs have a thin muscle called the levator anguli oculi medialis, which lifts the lateral corner of their eyelid, pulling it toward the ears. Wolves, on the other hand, have “scant muscle fibers” in the same place. The exception is the Siberian husky, an ancient breed of dog that lacks this muscle. 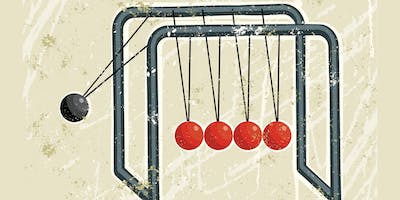 The 25 most surprising stories of human potential in 2019

Here are the ways we learned to live better, happier, and longer in 2019.
Read More

Study author Juliane Kaminski, a researcher at the University of Portsmouth, told Inverse how dogs developed the trait.

“When dogs make the movement, it seems to elicit a strong desire in humans to look after them,” she said. “This would give dogs, that move their eyebrows more, a selective advantage over others and reinforce the ‘puppy dog eyes’ trait for future generations.”

As humans bred dogs to speak with their eyebrows, dogs learned how to make use of their newly acquired features to their own advantage. Dogs are more adept at using human communicative cues than our closest living relative, chimpanzees, the researchers said. The key is in establishing eye contact with us to “ask” for help, and gesturing when they want something.

We only have ourselves to blame for this one. Honestly, taking just one look at a cute pup’s wrinkled brow, we’re not mad about it.

As 2019 draws to a close, Inverse is revisiting the year’s 20 most incredible stories about our planet. Some are gross, some are fascinating, and others truly are incredible. This has been #3. Read the original article here.

(For the source of this, and many other equally interesting articles, please visit: https://www.inverse.com/article/61970-dogs-eyebrows-evolution-manipulate/)