What do you call something that’s neither a plant, nor animal, nor fungus? In this case, the answer is “The Blob” — or, seeing as it exists in Paris, France, “Le Blob,” to be exact.

Paris Zoological Park unveiled the aptly named specimen in October 2019, as Inverse reported at the time. The Blob is no science fiction: It is a slime mold, a member of the kingdom Protista, which has been here on the Earth millions of years before animals began to roam. And while they may be slime, these guys are pretty wild.

To survive the tests of all that time, slime molds have developed some specific, surprising abilities — like investigating their surroundings, reproducing when they’re cut in two, and maybe even a knack for learning.

The Blob is extraordinary because, despite its longevity on Earth, scientists still don’t really know what it is.

But they have a few clues. A 2016 study published in the Journal of the Royal Society Interface showed that slime molds can pass an adapted test called the “two-armed bandit” problem. The test aims to establish whether someone or something has the ability to make decisions — it isn’t usually given to an organism without a brain. 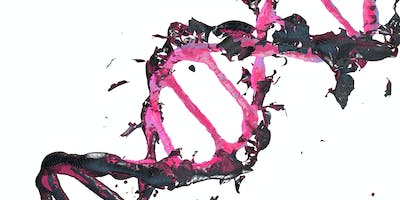 Yet a Physarum polycephalum slime mold (the same as the Paris specimen) demonstrated that it could investigate two separate food options. It then was able to choose to give its time, attention, and energy to the more nutritious one. The study proved to be the first example of a species without a brain solving the two-armed bandit problem.

What’s more, slime molds like The Blob — which are one cell composed of many small units — can communicate with one another and learn new information about their environments.

A 2008 study published in the journal Physical Review Letters showed that slime molds can even anticipate when something will happen and prepare accordingly. When researchers exposed a slime mold to a series of electric pulses, the organism began to slow down its speed right before the next pulse was scheduled to hit.

Some researchers say that the behavior is more of a reflex than true “learning,” but the slim molds tend to get better at slowing their speed as more trials were conducted.

And their speed alone is a marvel for this single-celled organism: Slime molds are pretty quick, moving up to 2 inches per hour. Their abilities and adaptations leave a world of discoveries awaiting researchers in the future.

As 2019 draws to a close, Inverse is revisiting the year’s 20 most incredible stories about our planet. Some are gross, some are fascinating, and others truly are incredible. This has been #6. Read the original article here.