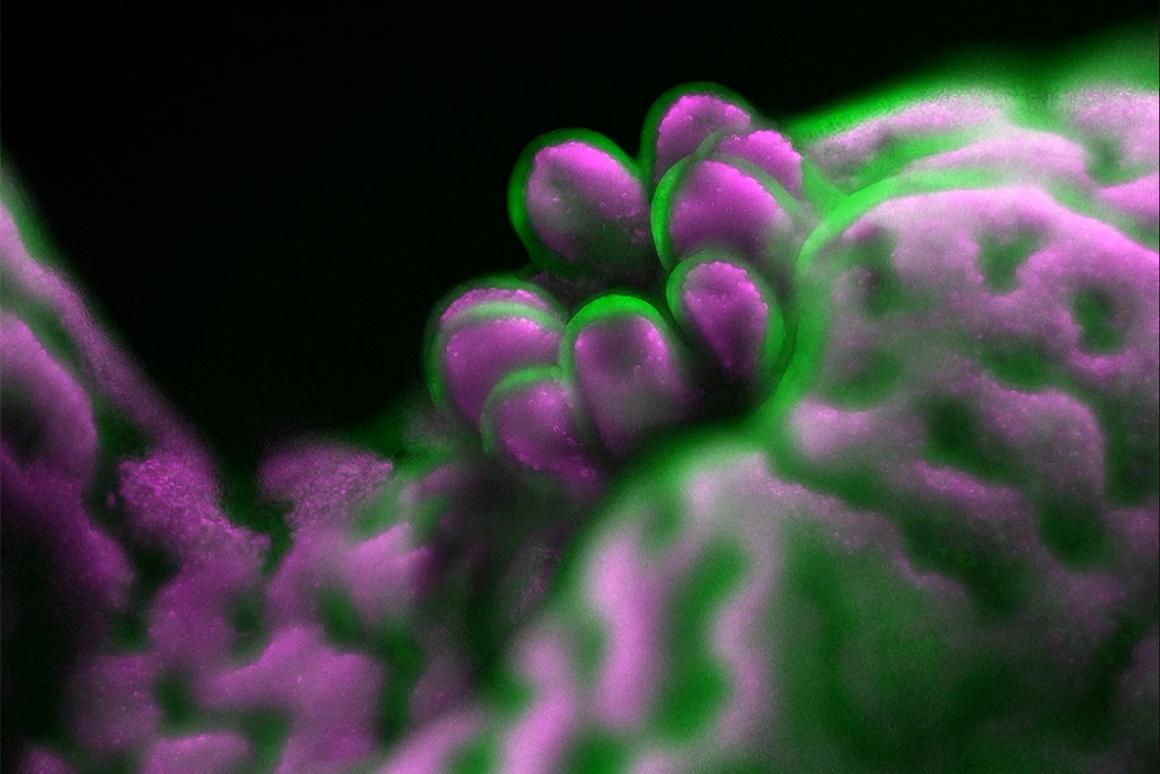 Zooming in on the motion of the microscopic, the winners of the Nikon Small World in Motion contest offer up the closest one can get to shrinking down to the size of Ant-Man and experiencing the weird and wonderful tiny world of polyps, proteins and parasites.

Taking the top prize in the competition’s ninth year is a stunningly detailed video of a polyp emerging from coral. Filmed by Philippe Laissue, a biologist from the University of Essex, the video also highlights the fascinating symbiotic relationship the coral has with an algae that literally lives inside the coral.

“Coral reefs are in alarming decline due to climate change, pollution and other human-made disturbances,” says Laissue. “I hope this video shows people the beauty of these organisms while raising awareness of their decline. We are working to better understand corals and their complex relationships with algae and other organisms. Hopefully we can contribute to finding the best ways to protect and conserve the coral reefs for future generations.”

One of the most striking aspects of Laissue’s video is how he had to invent a new microscopic imaging method to capture this unusual sight. Corals such as the one shown in the video tend to be quite averse to bright light, making imaging the light-shy subjects incredibly challenging. This unique video demonstrates the extraordinary novelty highlighted by the Small World in Motion contest, which continually celebrates the newest in imaging innovations.

“These amazing movies show us how much imaging technology has advanced over the years,” says Eric Flem, communications manager at Nikon Instruments, “It’s remarkable that we can bring stunning visuals like this one that highlight scientifically and socially relevant topics such as the decline of the reefs to the public.”

Second place went to independent scientist and filmmaker Richard Kirby. Utilizing a technique called darkfield microscopy, Kirby (who is known as the Plankton Pundit), managed to capture the incredible sight of a parasite tunneling its way out of a dead organism.

Other genuinely mind-bending videos celebrated in this year’s collection include a surreal look at a protein called actin moving within a dividing cell, immune cells known as neutrophils whipping around the brain of a zebrafish hunting for infections, and a 72-hour time lapse illustrating the growth of a frog embryo.

Take a look at more of the commended videos over at Nikon’s Small World in Motion site.

(For the source of this, and many other equally curioous articles, please visit: https://newatlas.com/digital-cameras/nikon-small-world-video-winners-2019-competition/)