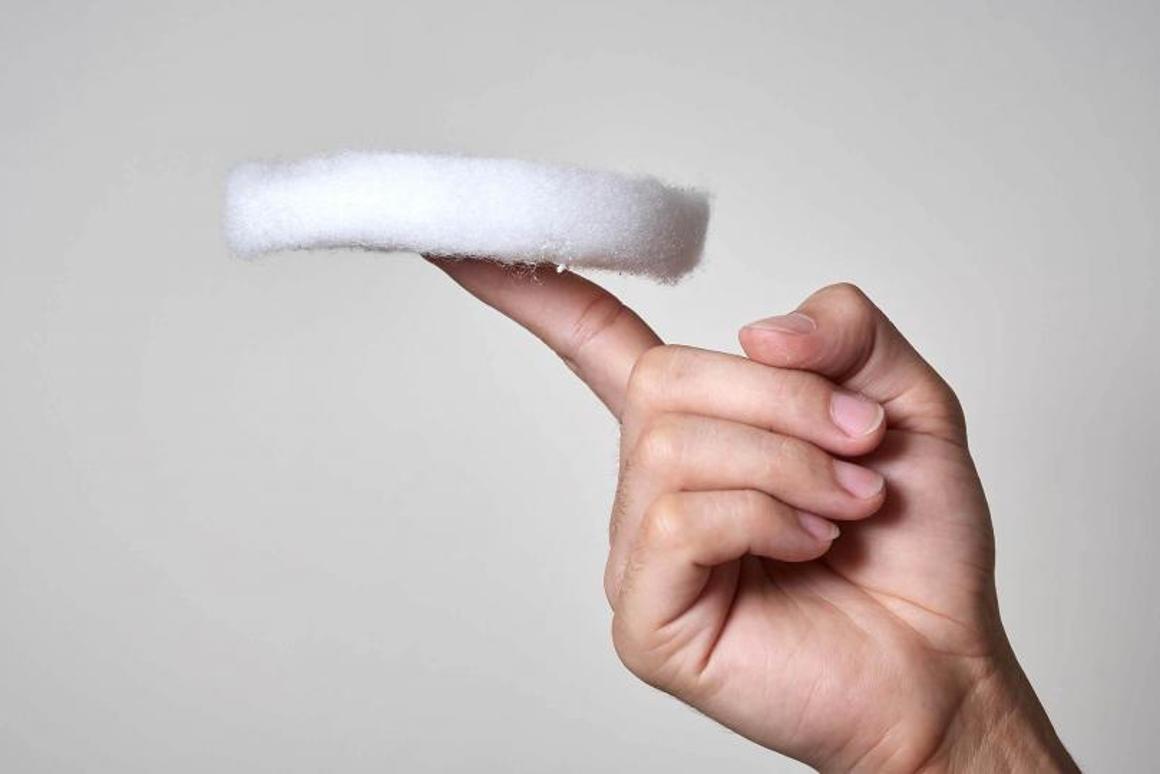 Using a novel manufacturing method, scientists have discovered a way to turn plastic bottles into a useful new aerogel.  National University of Singapore.

Recycling plastics is far from a simple undertaking, with only a small portion of what we actually use able to be broken down and repurposed for a second-life. Which is to say, there’s a lot of room for improvement. Scientists tinkering with the chemical processes underpinning plastics recycling are continually uncovering new ways to put the discarded material to use, from techniques that turn it into useful aerogels to others that produce usable fuels. Here are five examples of such technologies that give hope of a greener future.

Before we kick things off, it’s important to note that our plastic waste issue is nothing short of gargantuan, with millions of metric tons pouring into the ocean each year. So the technologies we’ll look at here shouldn’t be viewed as a silver bullet, but simply as examples of the creative ways scientists have sought to use this waste in more productive ways.

Turning trash into fuel for commercial jets sounds like an audacious idea, but it’s not quite as crazy as it seems. British Airways, for example, has toyed with the idea of constructing waste plants that turn plastics, among other things, into clean-burning renewable fuel, and there are plenty of others in the aviation space pursuing similar objectives.

Led by Associate Professor Hanwu Lei, scientists at Washington State University made an exciting breakthrough in this area earlier this year. Working with low-density polyethylene sourced from plastic bags and water bottles, the chemists figured out a way to break the material down into rice-grain-sized granules and convert it into jet fuel.

This involved placing the granules on top of a bed of activated carbon inside what’s known as a tube reactor. Both the carbon and plastic was heated to temperatures as high as 571º C (1,060º F), which caused them to thermally decompose and release the hydrogen content stored in the plastic. The result was a range of hydrocarbons, all of which could theoretically be used as building blocks for jet fuels.

The chemical process described above is known as pyrolosis, and it could also be harnessed to convert plastics into another type of fuel for a range of vehicles. Back in 2017, a research team built a mobile system that could be fitted to the back of a truck or ship, and take care of this plastic conversion while on the move.

The sailor and organic chemist behind the system were able to perform this miniaturized version of pyrolosis using a new kind of catalyst, which they said quickly broke the plastic waste down into a diesel fuel that could be used without needing extra refinement. While small, the system could be scaled up to swallow to 10,000 lb (4,536 kg) of plastic a day.

While the idea of a ship skimming across the water, collecting plastic waste and converting it into fuel to power its journey is a nice one, the researchers themselves believe the portable reactor would be better suited to land-based recycling facilities. An interesting proof-of-concept either way.

Manufacturing chemicals is a resource-intensive process where a lot of energy is expended trying to remove unwanted molecules from liquids. This is because the harsh solvents within them require filters consisting of tough but expensive ceramic membranes, but could this be a job for plastic waste?

Research from Saudi Arabia’s King Abdullah University of Science & Technology earlier last year suggested that it could be. There, a team of scientists started with PET plastics (the type used in single-use water bottles), and dissolved them before rebuilding them as flat membranes using a special solvent.

The team tested out different versions of this new recycled plastic membrane, fine-tuning its design through the addition of an extra polymer. The one that worked best as a filter for removing molecules from liquids featured pores ranging from 35 to 100 nanometers wide. But it’s not just harsh chemicals these filters could handle, with the team also eyeing applications in the realm of water filtration.

An aerogel made from discarded plastic bottles could be used in face masks that filter out dust particles.  National University of Singapore.

A lot of research goes into developing new materials that can help us contain oil spills, but could these efforts help reduce a mess of a different kind? PET plastics are a huge source of waste, and last November scientists at the National University of Singapore reported a breakthrough that could see them converted into a very useful kind of aerogel.

To do this, the scientists rendered the PET plastics down into fibers and then coated them in silica. These fibers were then chemically treated so that they swelled up, and were then dried out into a light, porous and flexible aerogel. This was described as the first aerogel of its kind to be made from PET, and the team says it could be used for all kinds of things, including acoustic insulation in buildings or dust filters.

One particularly promising application, however, was its potential as a tool to clean up oil spills. If coated with certain compounds, the team found the sponge could absorb spilled oil up to seven times more effectively than commercially available materials. The team patented the technology and after publishing its research, began searching for industrial partners to commercialize the technology.

As a material, carbon nanotubes hold all kinds of potential in fields ranging from medicine, to marine engineering, to bomb disposal devices. And could a plastic bag be a starting point for them all?

Back in 2013, scientists at Australia’s University of Adelaide were experimenting with ways to manufacture carbon nanotubes by depositing layers of carbon into pores on membranes made of alumina. While the researchers were using ethanol as the source of carbon for the experiments, one team member figured out that any carbon source would do, including that from vaporized plastic bags.

In actual fact, this form of carbon actually proved more effective at building up the carbon nanotubes than the ethanol, while the scientists required no toxic catalysts or solvents to help things along.

(For the source of this, and many other equally important articles, please visit: https://newatlas.com/science/plastic-waste-recycle-incredible-products/)