If we want to avoid the possibly catastrophic effects of climate change, we’re going to have to transition to renewable energy as soon as possible. That will mean jobs will be lost in the fossil fuel industry, but a new study out of Stanford University shows a lot of jobs would be created. The study was recently published in the journal One Earth.

These researchers devised a plan for how 143 countries, which represent 99.7 percent of the world’s carbon emissions, could switch to clean energy. They refer to it as the “Green New Deal energy roadmap.”

It won’t be cheap—with a total price tag of around $73 trillion—but climate experts argue dealing with the effects of climate change will be more expensive than trying to stop it now. This plan would create nearly 30 million jobs, and it could save millions of lives per year just by reducing pollution. The best part is we already have pretty much all of the technology we’d need to do it.

So what kind of technology are we talking about? The researchers write that their plan focuses solely on adopting wind, solar and water power. Nuclear is out of the equation because it typically takes at least a decade to set up, and biofuels are out because they contribute to carbon emissions. As you may have guessed, natural gas and the mythical “clean coal” are also off the table.

If we switch to these three sources of renewable energy, the researchers believe we will avoid hitting 1.5 degree Celsius in warming, which is what the IPCC claims needs to happen. They claim this could be accomplished by the year 2050.

The plan involves switching pretty much everything that relies on fossil fuel energy—including electricity, transportation, agriculture, the military and more—to renewable energy. The researchers believe the technology around the renewable energy sources they focused on is already adequate enough to allow countries to meet energy demands if they’re fully adopted.

Mark Jacobson, a professor of civil and environmental engineering at Stanford and one of the authors of the study, tells Inverse that this transition will have to happen on the individual level and the governmental level. He says people should switch to using renewable energy wherever they can.

“Any individual in their own life can pretty much electrify almost everything,” Jacobson says. “Even people who don’t have a lot of money can do it because in the United States there are several states that allow you to purchase 100 percent renewable energy from the electric grid instead of fossil energy… Most people just don’t know this.”

Jacobson says governments also need to create policies that will speed up how quickly we transition from using fossil fuels to using renewable energy. He says we will likely switch to renewable energy no matter what, just because it’ll be cheaper, but the switch wouldn’t happen quickly enough for us to avoid climate change getting out of control.

If the use of fossil fuels is not curtailed rapidly, rising demand for increasingly scarce fossil energy will lead to economic, social, and political instability, enhancing international conflict.

As for the price tag, Jacobson says people shouldn’t be too afraid of that figure, because going forward with this plan will reduce annual energy costs, healthcare expenses and more. The renewable energy industries will also employ a lot of people and benefit the economy. He says by 2050 the world will spend around $17 trillion per year on energy if we’re still relying on fossil fuels, and that number goes down to $6.8 trillion if we’re using renewable energy. 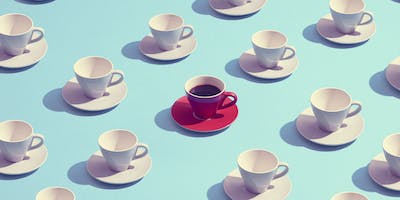 9 things we love that are being destroyed by climate change

Time to step it up a notch as we enter a new decade.
Read More

“You reduce your energy costs each year by 60 percent,” Jacobson says. “Worldwide, you save about $30 trillion per year in health costs. Seven million people die from air pollution every year, and hundreds of millions more are ill. Climate costs are reduced, too.”

Many support the idea of using carbon capture technology to literally suck CO2 out of the air, but Jacobson says this technology is currently expensive and uses a lot of energy, so he says it’s more cost-effective and efficient to invest in renewable energy if you’re worried about climate change.

The study also discusses how relying on fossil fuels is a national security threat. Because fossil fuels are a finite resource, the longer we rely on them, the more likely it is countries will wage wars over these resources. Furthermore, because renewable energy is decentralized, it makes it so fewer people are without power after an extreme weather event and it’s much harder for terrorist groups or a foreign power to take out a city’s electric grid.

“Fossil plants are all centralized right now,” Jacobson says. “When you have renewables providing power, because there’s more distributed energy, that makes the energy infrastructure less prone to horrible weather events, terrorist attacks and things like that. Plus, you don’t rely on foreign oil or gas or anything else when you have renewables in your country, which reduces international conflicts over energy.”

It’s going to take a lot of political will for us to completely quit fossil fuels, but support for fighting climate change is growing every year, and switching to renewables is the best way to do it. If we don’t start making the major changes we need to make now, we’ll end up spending more to fight climate change later and could find ourselves in a perilous situation.

The Earth is approaching 1.5C global warming, air pollution kills over 7 million people yearly, and limited fossil fuel resources portend social instability. Rapid solutions are needed. We provide Green New Deal roadmaps for all three problems for 143 countries, representing 99.7% of world’s CO2 emissions. The roadmaps call for countries to move all energy to 100% clean, renewable wind-water-solar (WWS) energy, efficiency, and storage no later than 2050 with at least 80% by 2030. We find that countries and regions avoid blackouts despite WWS variability. Worldwide, WWS reduces energy needs by 57.1%, energy costs from $17.7 to $6.8 trillion/year (61%), and social (private plus health plus climate) costs from $76.1 to $6.8 trillion/year (91%) at a capital cost of $73 trillion. WWS creates 28.6 million more longterm, full-time jobs than are lost and needs only 0.17% and 0.48% of land for footprint and space, respectively. Thus, WWS needs less energy, costs less, and creates more jobs than current energy.