Home
Just Plain WEIRD #2
&
News
&
WEIRD SCIENCE
Want to grow a heart in a lab? Get lasers and cabbage juice

What if a child with a failing organ could, instead of waiting on a donor list, simply have their new liver or heart grown in a lab? It’s a dream at the moment, but one that begins with today’s reality of doctors using a patient’s cells to stimulate the growth of bone, cartilage and other specialized tissues. The National Institute of Standards and Technology (NIST) is planning for the eventuality, developing a proof-of-concept light-based sensor that can observe and study tissue grown in a lab.

NIST, which is based in Gaithersburg, Maryland, has published the results of their experiments in the journal Sensors and Actuators B. The light-based sensor can measure pH, the unit of measurement for acidity that is often used while testing the water quality of pools. But it’s also important in cellular growth, which scientists have learned through observing how pH levels fluctuate during the process of wound healing

When cells grow, their environments become increasingly acidic. But it’s a balancing act: if an environment becomes overly acidic or loses too much acidity, which in chemistry is called being basic, the cells will die. pH is measured on a scale of 0 (very acidic) to 14 (very basic). Cells generally tend to find themselves cozy right in the middle, at a 7.

There are many ways to measure pH levels already on the market. Cheap ones can be found on Amazon for under $20. But while modern pH measurers can get the right measurements, they’re unstable. They need to be recalibrated daily, or they risk losing 0.1 pH units of accuracy daily. That might not matter for a pool, but when dealing with cells every little bit matters.

This sensor can measure environment in a cell culture for the long-term, which NIST defines in a press release as “several weeks at a time.” The sensor won’t disturb the sensitive cells as they grow, or force scientists to recalibrate their instruments. And it can studiously study the cells during every second of their growth, meticulously documenting every slight change.

“An increment of 0.1 pH is significant,” says NIST chemist Zeeshan Ahmed in the press statement. “If your pH value changes by 1, you kill the cells. If after a few days I can’t trust anything about my pH measurement, then I’m not going to use that measurement method.”

“We want to make sensors that can be put inside growing tissue to give researchers quantitative information,” Ahmed continues. “Is the tissue actually growing? Is it healthy? If you grow a bone, does it have the right mechanical properties or is it too weak to support a body?”

The team started off with commercially available photonic sensors, focusing on sensors that include a transparent light filter known as a Bragg grating. Bragg gratings can allow specific lightwaves to pass and block others.

When a Bragg grating blocked light, Ahmed and American University chemist and NIST guest researcher Matthew Hartings knew that it would absorb its energy. And, keeping with scientific laws in place since Isaac Newton, energy absorbed does not simply disappear. It goes somewhere. That often translates into heat.

“For every individual photon, the heat produced is a very small amount of energy,” Ahmed said. “But if you have lots of photons coming in, and you have lots of molecules, it becomes an appreciable change in heat.”

As a test, the team used that old staple of student scientists everywhere, cabbage juice, which can change its color depending on its pH levels. 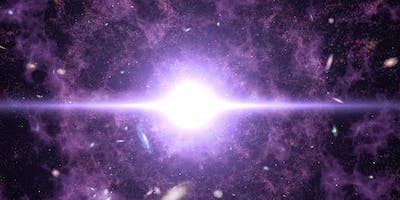 Is it time to let go of the Big Bang hypothesis?
Read More

After filling a petri dish with a cabbage juice solution, scientists placed an optical fiber overhead. Connected to an off-the-shelf laser pointer, it shined light into the sample. Another optical fiber, this one containing a Bragg grating, was enmeshed within the cabbage juice. The team was able to manually control the pH levels within the sample.

Then, the team started playing colors. They shone red light into the cabbage juice, which the juice absorbed. The fiber swimming in the cabbage juice, acting in NIST’s words as a “photonic thermometer,” was able to pick up the slight changes in temperature. Then, shining a different colored light, they were able to pick up on further minute changes. Comparing the heat generated by each light, scientists were able to discern the pH levels.

“Literally we said, ‘Can we turn two laser pointers on and off for a few minutes and see if we can turn that into a pH meter?’,” Ahmed said. “And we were able to show that it works over a wide range,” from a pH of 4 to a pH of 9 or 10.

Baby steps to a dream

The measurement technique need not be limited to growing kidneys or hearts. NIST scientists believe that it could study the inverse of life-giving organs: deadly cancerous growths, which follow similar growth patterns.

The next tests, already underway, involve a pH-sensitive dye called phenol red, and NIST says it is trying to “encapsulate the dye in a plastic coating around the fiber itself so that it does not interact with the cell medium.” They’ll also start working with real cell cultures soon.

“The long-term goal is being able to put implantable devices into people where you’re trying to grow bones and muscles, and then hopefully over time the sensors could be designed to dissolve away and you wouldn’t even have to go back in and remove them,” Ahmed said. “That’s the ultimate dream. But baby steps first.”