Americans waste a lot of food. As a country, we throw away over 150,000 tons of food every single day. Up to 40 percent of our food is wasted. Many cities have composting programs, which is good, but what if we could turn food waste into renewable energy?

Robert Kramer, the NiSource Charitable Foundation Professor of Energy and the Environment and a professor of physics at Purdue University Northwest, said in a statement that they wanted to simplify the process.

“We wanted to create a simple way to turn all that food waste into a source of clean energy,” Kramer said. “Our system basically allows a user to take food waste, grind it, place it in a reactor and use our process to create hydrogen in about 18-24 hours. That’s much faster than the days it takes with other methods.”

Kramer claims this new method could increase the efficiency of getting hydrogen from food waste by up to 25 percent. He said this method does not come with a risk of explosion, which is often associated with hydrogen.

See also: Scientists developed a new way to get hydrogen from seawater

A lot of food that is wasted is thrown away by grocery stores. Some are better about not wasting food than others, but seven of the 10 largest grocery chains have not committed to developing a zero waste program, according to the Center for Biological Diversity. They ranked the largest grocery chains based on their performance. 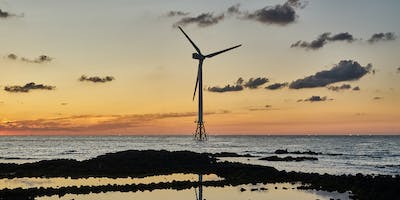 Each blade is as long as a football field.
Read More

As you can see, Kroger and Walmart are actually doing better than trendier stores like Whole Foods and Trader Joe’s. This could partially be because they sell fewer items with preservatives in them and more organic produce, but it doesn’t appear as if they’ve committed to cutting waste.

Since we’re already wasting a lot of food, it makes sense to use what is wasted to create a source of renewable energy. That would require properly collecting food waste to do it, and a lot of food waste ends up getting sent to the dump with other garbage. Furthermore, we should also be generally cutting down on food waste instead of just accepting that we waste a lot of food.

Perhaps in the future we’ll cut food waste as much as we can and collect the rest to produce renewable energy. As long as wasted food is being used for something, it’s better than what we’re doing right now.

(For the source of this, and many other important articles, please visit: https://www.inverse.com/article/62188-hydrogen-fuel-food-waste/)