Some 65 million years ago, our planet encountered one of the darkest days in its history. The Cretaceous-Paleogene extinction event resulted in the death of more than 70 percent of plants and animals on Earth, including the dinosaurs. The mass death and destruction was likely triggered by a giant asteroid that crash landed on Earth. In 2015, scientists made the case that the explosive impact may have also led to a massive volcanic eruption in a region of India — essentially finishing the job.

But a new study suggests otherwise. Instead, it argues that the sole culprit behind the mass extinction was the asteroid — the volcanism in India had little to do with the dinosaurs’ demise. Not only does the new paper take the volcanic activity off the hook, it suggests it may have spurred life into being after the mass extinction.

The study, published recently in the journal Science, suggests that the volcanic activity actually took place way before the asteroid impact. That means the mass extinction was the work of the asteroid alone.

The last days of the dinosaurs, retraced

Previous theories suggest that when the asteroid fell onto the Yucatán Peninsula, near the Gulf of México, it set off a massive volcanic eruption on the Indian subcontinent in a region known as the Deccan Traps. The eruptions lasted for thousands of years, allegedly killing off any life that was left standing after the asteroid impact.

But according to the new research, at least 50 percent of the volcanic activity occurred years before the asteroid hit Earth. Instead, the volcanism played a very different role, the study suggests. The gasses released during the volcanic eruptions may have played an important role in shaping the rise of different species after the extinction.

“A lot of people have speculated that volcanoes mattered to K-Pg [Cretaceous–Paleogene extinction event], and we’re saying, ‘No, they didn’t,’” Pincelli Hull, assistant professor of geology and geophysics at Yale University and lead author of the study, said in a statement.

To rule out the volcanism as a contributing factor, the researchers looked at the impact from the greenhouse gases emitted during the volcanic activity instead of the lava. The team compared global changes in temperature, the carbon isotopes from marine fossils gathered from the site of the volcanos, and models of the climatic effect of the release of carbon dioxide from the volcanism.

“Volcanoes can drive mass extinctions because they release lots of gases, like SO2 and CO2, that can alter the climate and acidify the world,” Hull said. “But recent work has focused on the timing of lava eruption rather than gas release.”

They found that, contrary to the prevailing theories of that fateful time, certain gases associated with the volcanic activity were released before the asteroid impact.

Volcanic activity: A spur for life?

Rather than leading to mass extinction, the ancient volcanism may have given rise to the Cenozoic species and communities, the paper suggests.

The Cenozoic Era, which translates from the Greek phrase meaning “new life,” began around 65 million years ago. Following the death of the dinosaurs, large mammals prospered and freely procreated for the first time in Earth’s history — ultimately leading to life as we know it today.

The reason why the researchers think this is the case is to do with the global warming that would result from the volcanic activity. They argue that so much volcanism would trigger a 2 degree Celsius global-warming event, the study suggests. 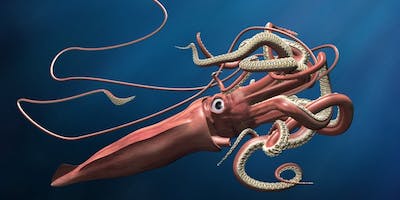 There’s more to these ocean-dwelling giants than legend would suggest.
Read More

But scientists haven’t found evidence for such a warming event during the period that followed the asteroid impact. The lack of evidence may be due to the effects of the mass extinction — that would allow the ocean to absorb large amounts of carbon over a long period of time, the study argues. As a result, the global warming effects of the volcanism might not show up in global climate records.

This study is unlikely to be the last word on how the dinosaurs met their end — or on how new life arose. But it does add an intriguing new twist in one of the most fascinating moments in Earth’s history.

(For the source of this, and many other equally intriguing articles, please visit: https://www.inverse.com/article/62346-scientists-rule-out-volcano-as-cause-for-mass-extinction/)