Time spent in nature is beneficial for children’s mental and physical health, research says.  Photo by David Tadevosian on Shutterstock

“Passion is lifted from the earth itself by the muddy hands of the young; it travels along grass-stained sleeves to the heart.” – Richard Louv, Last Child in the Woods

The term “Nature-Deficit Disorder” was coined by Richard Louv, not to serve as a medical diagnosis, but to give meaning to a significant problem in modern society – the human costs of alienating ourselves from nature. There is an ever-growing gap between human beings and nature due to open green space being urbanized and large advancements in technology.

Since the term was coined in Louv’s 2005 publication “Last Child in the Woods: Saving Our Children from Nature-Deficit Disorder”, it has been used as a rallying point for a movement called the New Nature Movement that strives to reconnect children to nature and educate people on the health benefits nature can have on the human mind and body.

What do our children lose by not experiencing enough nature?

Multiple research studies have proven the positive impacts time spent in nature has on the growing mind and body.   Photo by Annie Spratt on Unsplash
–

Many intriguing studies on this topic provide profound insight into what children are missing by not experiencing enough nature.

To summarize, a lack of vitamin D, increased symptoms of mental health conditions such as ADHD and a lack of motivation among children who spend less time in nature are among the key concerns of researchers who support Richard Louv’s theory.

An important 2008 study by Susanna Huh and Catherine Gordon has suggested a strong link between the decline in outdoor activities and the dramatic rise in vitamin D deficiency. Vitamin D, which our bodies produce as a response to sun exposure, is essential for maintaining healthy bones and teeth and can also protect against diseases such as type 1 diabetes.

According to Louv: “Time in nature is not leisure time; it’s an essential investment in our children’s health (and also, by the way, in our own).”

The American Institutes for Research (AIR) conducted another study in 2005 that focused on 255 sixth-grade students from elementary schools across California. These students attended three outdoor education programs between the months of September and November.

Ten weeks after the first study concluded, the positive change in the children was very obviously noted in the post-experiment surveys, with the children who attended the outdoor schooling sessions first showing large improvements in the area of conflict resolution.

The remaining group of children who had not yet completed the outdoor schooling sessions scored significantly lower across 7 of the 8 constructs that were being measured.

The teachers of the children were also asked to submit surveys (separate from the surveys done by the researchers) about the children before and after the experiment. According to the before and after remarks of the teachers, the children who attended outdoor schooling in the first camp showed significant positive gains in the areas of self-esteem, problem-solving, motivation to learn, and behavior in class.

Along with these findings, it was also discovered that the students who attended the outdoor training sessions raised their grades in the science department by up to 27% (according to the pre-survey and post-survey answers). This increase in grades was maintained for up to 10 weeks following the program. 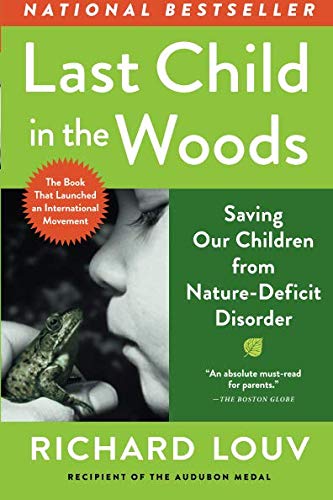 Another study, this time conducted in northeastern China in 2013, further supports the importance of nature in children’s lives. This time, the study focused on the association between green-spaces that surrounded schools and the mental health condition of attention-deficit/hyperactivity disorder (ADHD).

Data for this particular study came from measuring the green spaces around the schools and two reports given at different times from the parents regarding potential ADHD symptoms in their children.

This data was collected over a span of 10 months and showed results from seven different cities. The study included almost 60,000 children between the ages of 2 and 17, from 94 schools around the country.

The results of this study showed that the levels of green-ness were linked to the incidence of ADHD behavior/symptoms in the children. Greater greenness levels around the school were significantly linked with lower odds of ADHD symptoms present in the children of that school.

There are many easy and affordable ways you can incorporate nature back into your child’s life.  Photo by Marcus Wallis on Unsplash

The urbanization of society and advances in technology (among other things) have made nature less accessible to our children. However, Richard Louv (and the researchers who have supported his theories) aren’t just proving there is a problem – they are also providing communities ways to leap into action.

Parents who are looking for actionable ways to involve nature in their children’s lives can do more than just let their children play outside an hour extra a day. Parents can push to become more involved in movements that place importance on nature-learning for kids, such as the Leave No Child Inside movement that has sprung up all over the United States and Canada.

Simple things such as starting an outdoor club with other parents who are interested in maintaining the connection between human beings and nature can be extremely beneficial. In Omaha, for example, a parent-lead association was created by 5 families that offer hands-on, nature-based play activities for children.

If you’re an educator, one of the best things you can do to stop the ever-growing gap between our children and nature is to educate yourselves on the cognitive (and other) health benefits of allowing children to have more interactions in nature. Then share that knowledge with not just your students, but other educators as well.

The Children & Nature Network site is one of the best resources for re-integrating nature back into the lives of our children, offering links to many different research papers that give you information on the benefits of unstructured outdoor play to whole curricula that can be based on outdoor learning.

“What would our lives be like if our days and nights were as immersed in nature as they are in technology?”
– Richard Louv, The Nature Principle

From Your Site Articles
Related Articles Around the Web

(For the source of this, and many other equally interesting articles, please visit: https://bigthink.com/mind-brain/nature-deficit-disorder-richard-louv/)