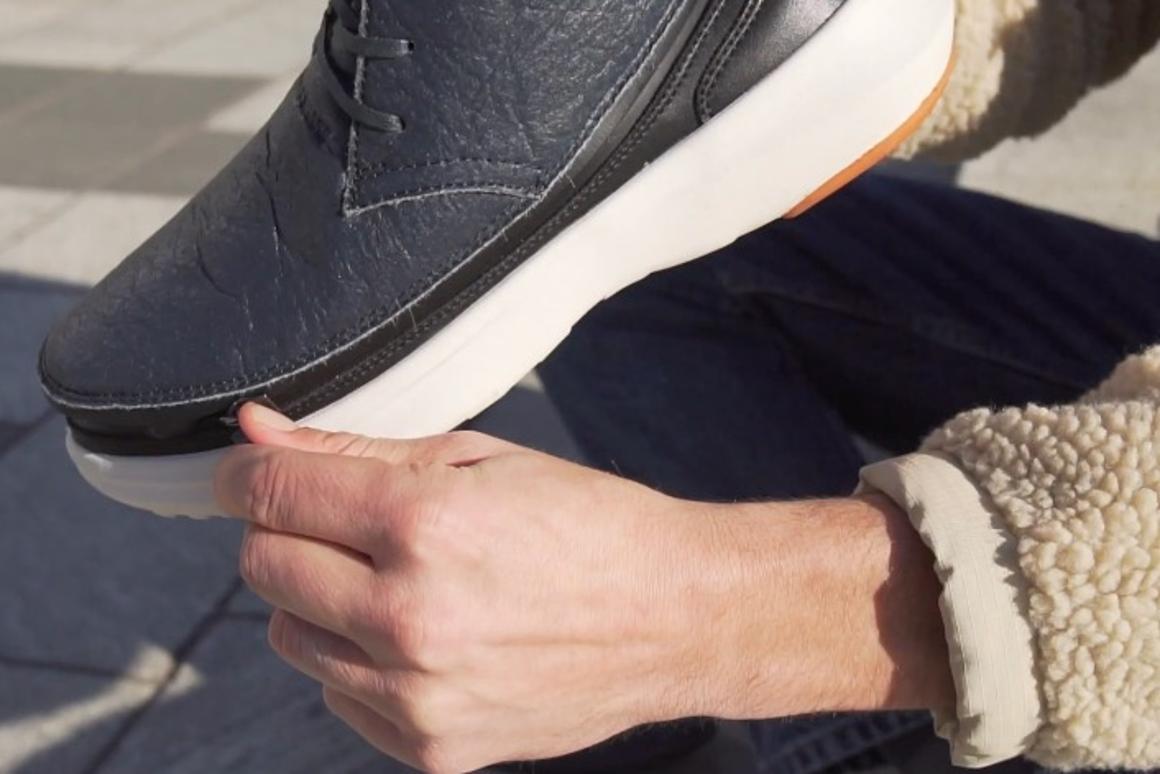 The Chukka-style skin, getting zipped onto one of the soles.  Images: ACBC.

While it’s nice to own multiple styles of shoes, each one of the things has a big rubber sole that will ultimately end up in the landfill. Made2Share shoes are different, in that they incorporate a single set of soles that accommodate various zip-on uppers.

Developed by Italian startup ACBC, each Made2Share setup consists of one pair of the rubber soles, along with multiple sets of fabric uppers known as “skins.” Because the two components simply zip together, wearers can quickly swap one style of skin for another, whenever the mood hits them.

Depending on the model, the skins are made either entirely out of a beechwood-derived material known as Tencel, or a combination of Tencel and a leather-like material called Piñatex, which is derived largely from pineapple-leaf agricultural waste. Both materials are claimed to be strong and breathable.

Once the skins get worn out, their plastic zippers are cut off by the user, for recycling. In the case of the Tencel-only skins, the rest of the material can simply be thrown in a compost heap, where it will fully biodegrade. Piñatex is currently not completely biodegradable, although its makers are reportedly working on changing that.

The soles, on the other hand, are made of a mixture of bamboo-derived rubber, algae-based foam, cork (for the insoles) and a material called BioVeg – it consists of corn industry waste and recycled bio-based polyethylene terephthalate (PET) plastic. Once those soles wear out, users ship them back to ACBC, where they’re ground up and used in shock-absorbing flooring sheets.

Should you be interested, Made2Share shoes are currently the subject of a Kickstarter campaign. A package consisting of one pair of soles and three sets of skins can be had for a pledge of US$199, assuming the shoes reach production – the planned retail price is 30 percent higher. Backers can choose between four colors and the three presently-available skin styles: Sneaker, Jogger and Chukka.

(For the source of this, and many other quite interesting articles, please visit: https://newatlas.com/environment/made2share-zipper-shoes/)