Home
News
&
WEIRD SCIENCE
Is this how water escaped from Mars? A new study may hold answers
By Passant Rabie

In May, 2018, Mars was engulfed by a massive dust storm, covering the entire planet in a hazy blur that lasted for months.

But while such an event would be catastrophic on Earth, Mars is no stranger to these storms. Some are so intense that plumes of dust tower over the planet as high as 35 miles above the surface. And new evidence suggests that seasonal changes and these terrifying dust storms may be to blame for water’s escape from the Red Planet.

Evidence of dry lake beds and tracks of river valleys suggests that the now dry, desolate surface of Mars may have had water at some point during the planet’s early history. But today, the only water that remains is water vapor and clouds of water ice crystals, as well as frozen water on the planet’s polar ice caps.

For years, scientists have been trying to figure out exactly how water could have escaped from the Martian surface. If they can work it out, it will enable us to better understand the potential for human habitability on Mars.

Thanks to the new data, they may finally have an answer. A study published this week in the journal Science finds that water has a greater potential of evaporating beyond Mars’ atmosphere and into space during the planet’s stormy, warm seasons. The storms may have caused Mars to lose its surface water.

The new findings are the first to provide observations that support this theory for how Mars lost its water.

Water on Mars: A mystery solved?

Franck Montmessin, a researcher at Sorbonne Université in France and co-author of the new study, tells Inverse the findings may provide definitive answers as to how Mars lost its water.

“We are providing observations that will clearly guide scientists,” Montmessin says. “We show them a way that was ignored so far for water to access the upper atmosphere which will change the view people have had so far of this [phenomenon].”

It’s as if the barrier that we have on Earth no longer exists on Mars.”

The team used observations collected through the ExoMars Trace Gas Orbiter, a collaborative mission between the European Space Agency and Russia’s space agency Roscosmos. The spacecraft collects data on Mars’ atmospheric composition. For this study, the researchers drilled down on observations from April 2018 to June 2019 — when one of the worst dust storms ever observed hit the planet.

The storm dust warmed up Mars’ atmosphere. And during warmer seasons, when Mars orbited closest to the Sun, water vapor from the planet appeared to reach very high altitudes — far beyond the upper atmosphere of Mars, the study found.

The water went up 50 miles above Mars’ surface in the form of gas and clouds, where it was then exposed to pure sunlight. The sunlight broke down the water molecules into lighter atoms of hydrogen and oxygen, which could then easily escape from the gravitational pull of Mars — and out into space.

“It’s as if the barrier that we have on Earth no longer exists on Mars,” Montmessin says. “The atmosphere on Mars becomes much more porous than it is on Earth and can therefore access very high altitudes.”

Getting closer to a Martian colony

This is the first time scientists looked at a full cycle of water on a planetary body other than the Earth, Montmessin says.

“We are changing the paradigm,” he says. “We’re not necessarily providing the full answer, but we are putting the community in the direction to provide the answer.”

Mars is at the top of the space agenda for the coming year, with multiple missions headed to the Red Planet as plans to colonize Mars pick up speed.

To test their results, the researchers behind this study plan to gather data from NASA’s MAVEN mission, which is also designed to study the planet’s atmosphere. The spacecraft will collect measurements of the chemical composition of Mars’ upper atmosphere to search for the byproducts of evaporated water molecules. 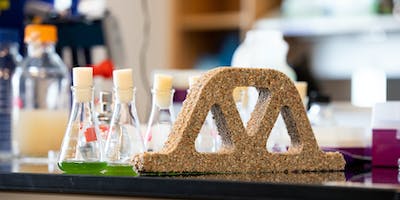 At least as long as the temperature and humidity is just right.
Read More

“We are in the position to assemble a complete picture from the water vapor which originally comes from the surface of Mars,” Montmessin says.