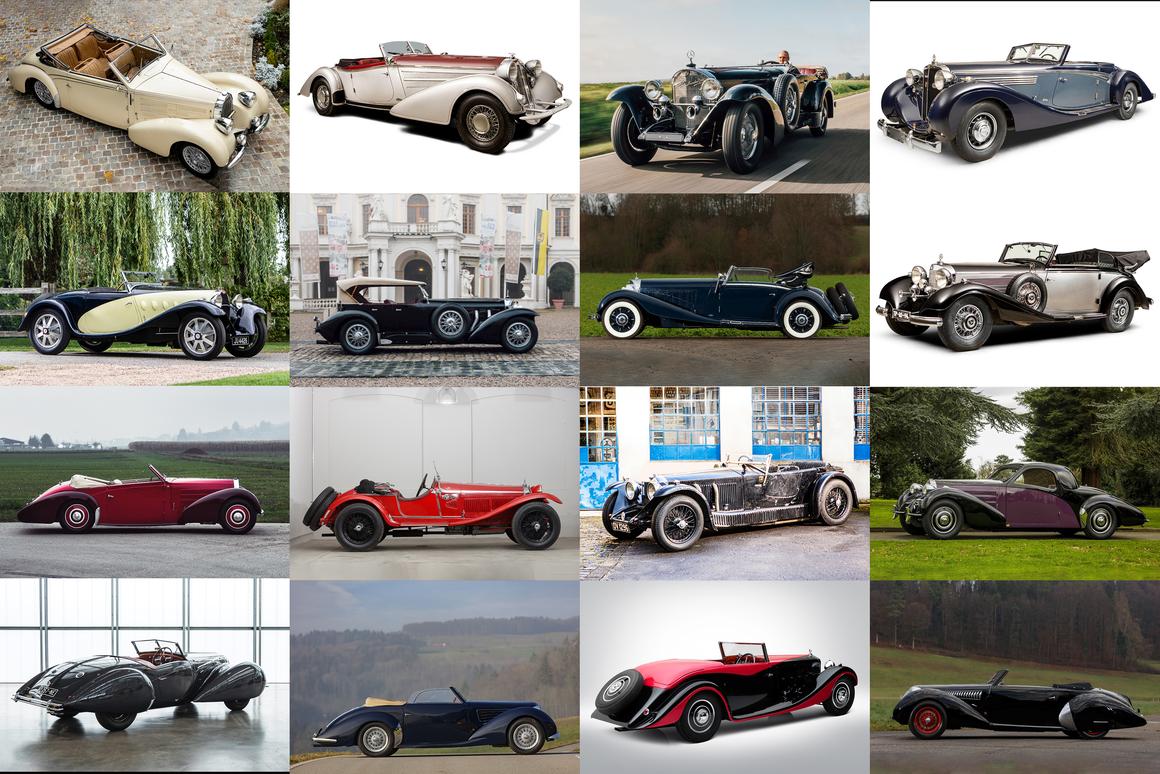 The automotive heritage industry relocates across the Atlantic Ocean this week, as Paris prepares to become the center of the automotive world once more with the staging of Retromobile. Retromobile is Europe’s most important International Classic Car Exhibition, held annually in the first week of February at Parc des expositions de la Porte de Versaille in Paris, a city of immense automotive provenance.

Paris held the world’s first Motor Show 123 years ago, motor racing began in Paris, the automotive industry grew up in Paris, and the city produced more cars than any other country for the first 20 years of the motor car.

The world’s most important Classic Car Award, the Peninsula Classics Best of the Best Award, is announced to coincide with the show (a full rundown on this year’s participants can be found here), and it is also the focal point of the European Classic Car auction market year with three globally important car auctions on consecutive days: RM-Sothebys, 5:30 PM February 5 at Place Vauban; Bonhams, 11 AM February 6 at the Grand Palais; and the Official Retromobile auction held by Artcurial at 2:00 PM inside the Retromobile Show at la Porte de Versaille on February 7, 2020. Between the three auctions, the field of cars available is always star-studded and world records are regularly broken.

This exceptionally rare Mercedes 710 SS was produced in 1929 and imported into America where it was exhibited on the Mercedes stand at the 1930 New York National Automobile Show, then sent to Paris where it was bodied by Howard “Dutch” Darrin, of Fernández & Darrin. The 710 SS (Super Sport) runs a 7,065 cc six-cylinder in-line engine producing 140 hp at 3,200 rpm, which increases to 200 hp with the supercharger engaged. Consider for a moment that this car is 91 years-old and has a top speed of around 200 km/h. The racing versions of this car (designated SSK and SSKL competition versions of the model) achieved some outstanding victories most notably the 1931 Mille Miglia in the hands of Rudolf Caracciola.

The Hispano-Suiza marque is one of the finest in history, and this car, the Alfonso XIII, is one of the most significant models it ever produced. It is often claimed to be the world’s first sportscar, though a few years back we wrote an extensive article on the four cars that are often claimed to be the world’s first sportscar, added another four contenders and chose a winner that wasn’t one of the original four. Regardless of not getting our agreement that it is the world’s first sportscar, the 1913 Hispano-Suiza Alfonso XIII is nonetheless an extremely significant car for its time.Alfonso XIII, the King of Spain, was an avid motoring enthusiast, and instituted the Copa Catalunya, a race for voiturettes, in 1908. Sadly for the understandably nationalistic king, the French Peugeot cars driven by the likes of Jules Goux and Georges Boillot won the first three runnings of the race.

Hispano-Suiza’s chief designer Marc Birkigt got to work and the company’s voiturette had two convincing wins over the powerful Peugeot on its home turf in the Coupe d’Ostende on 4 September, 1910 and Coupe des Voiturettes at Dieppe on 18 September, 1910, and the success prompted him to create a road car based on the racing car.

King Alfonso drove the new model and was so enamoured with it, he not only purchased one, but gave permission for his name to be used. In all, more than 500 units are believed to have been sold, which explains perhaps why this is sometimes referred to as the first sportscar, based on its large production numbers.

The car on offer is a perfectly restored example and would not be out of place in any collection.