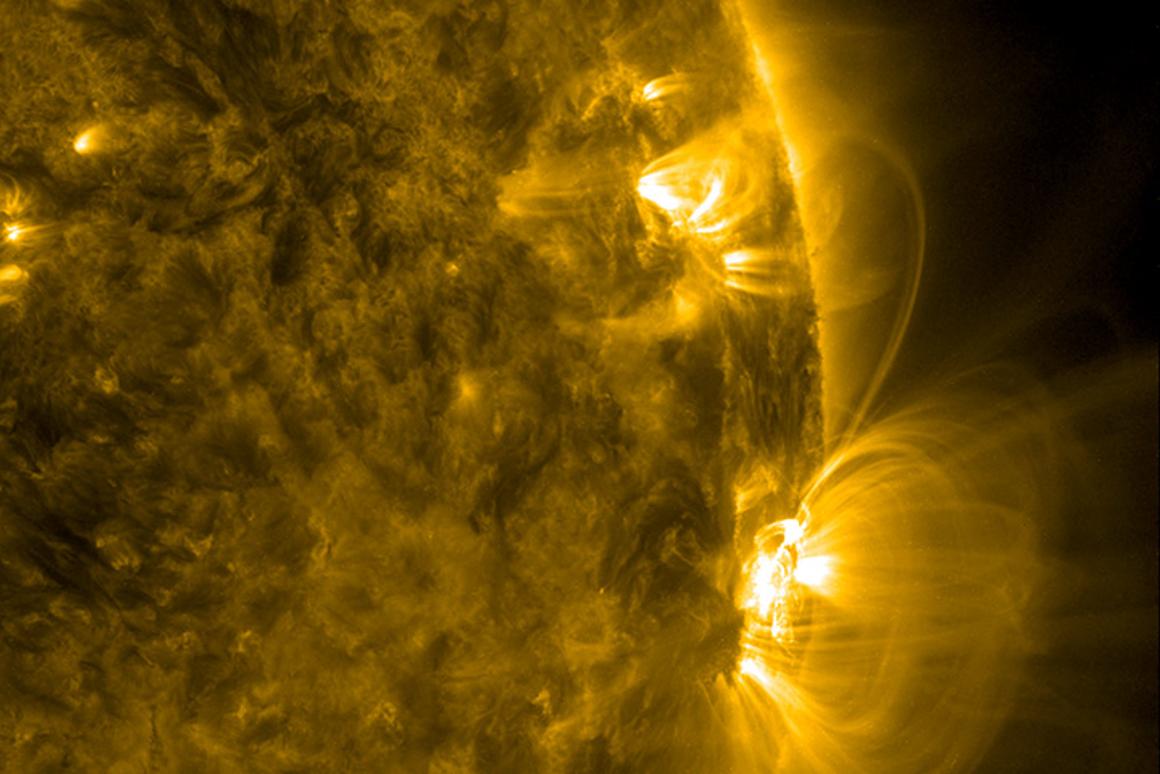 A solar super-storm capable of seriously disrupting modern day technology has erupted from our Sun on average once every 25 years, according to a newly-published study. The research drew on historic data collected from stations in the UK and Australia dating back 150 years.

If it were not for the nurturing, warming radiation from our Sun, life would never have emerged on Earth. Our planet is lucky, and, as far as we know, unique.

Astronomers have observed less-fortunate worlds that have been ravaged by the radiation pouring from energetic host stars. During intense bouts of activity, stellar bodies can strip orbiting worlds of their atmospheres, rendering their surfaces scorched and barren.

Thankfully, our Sun – a yellow dwarf that accounts for 99.8 percent of the mass of the entire solar system – is currently coasting through a relatively placid phase of its roughly 10 billion-year life cycle. However it still has the capacity to create chaos on Earth.

In the modern age, humanity is dependent on countless electronic systems without which we would be hopelessly lost. Every day we use electronic banking, travel on airplanes and communicate using satellite technology.

Solar storms emanating from our Sun have the capacity to seriously interfere with our technological infrastructure, including elements that rely on Global Position Systems (GPS).

Powerful storms are rare, and difficult to predict. The most powerful of these storms, which are referred to in the study as “super-storms,” have the capacity to down GPS systems, block radio communications, disrupt satellites, put a halt to aviation, and damage power grids. In short, they could cause chaos on a massive scale.

Our Sun experiences 11-year patterns of activity that astronomers refer to as solar cycles. The Sun is currently at the minimum point in its current cycle, during which it is relatively inactive.

The newly-published study, which was conducted by scientists from the University of Warwick and the British Antarctic Survey, used magnetic field records collected by stations located in the UK and Australia.

Many studies relating to solar activity only look back to the beginning of the space age in 1957, and so only take into account the last five solar cycles. The magnetic field data used in the new study comes from the AA-Index – a global geomagnetic activity index that stretches back 150 years, and contains information from the last 14 solar cycles.

The researchers analyzed the data and estimated that a severe storm had occurred in 42 of the 150 years for which they had data. A “great” super-storm – the type that would wreak the greatest havoc – was detected in six of the 150 years, or on average once every 25 years.

Earth was spared a potentially damaging solar storm back in 2012, when a coronal mass ejection (CME) erupted from the surface of our star, but thankfully missed our planet.

“Our research shows that a super-storm can happen more often than we thought,” states Professor Richard Home, lead for space weather at the British Antarctic Survey. “Don’t be misled by the stats, it can happen any time, we simply don’t know when and right now we can’t predict when.”

The research has been published in the journal Geophysical Journal Letters.

(For the source of this, and many other equally interesting articles, please visit: https://newatlas.com/space/solar-storms-sun-space-weather/)