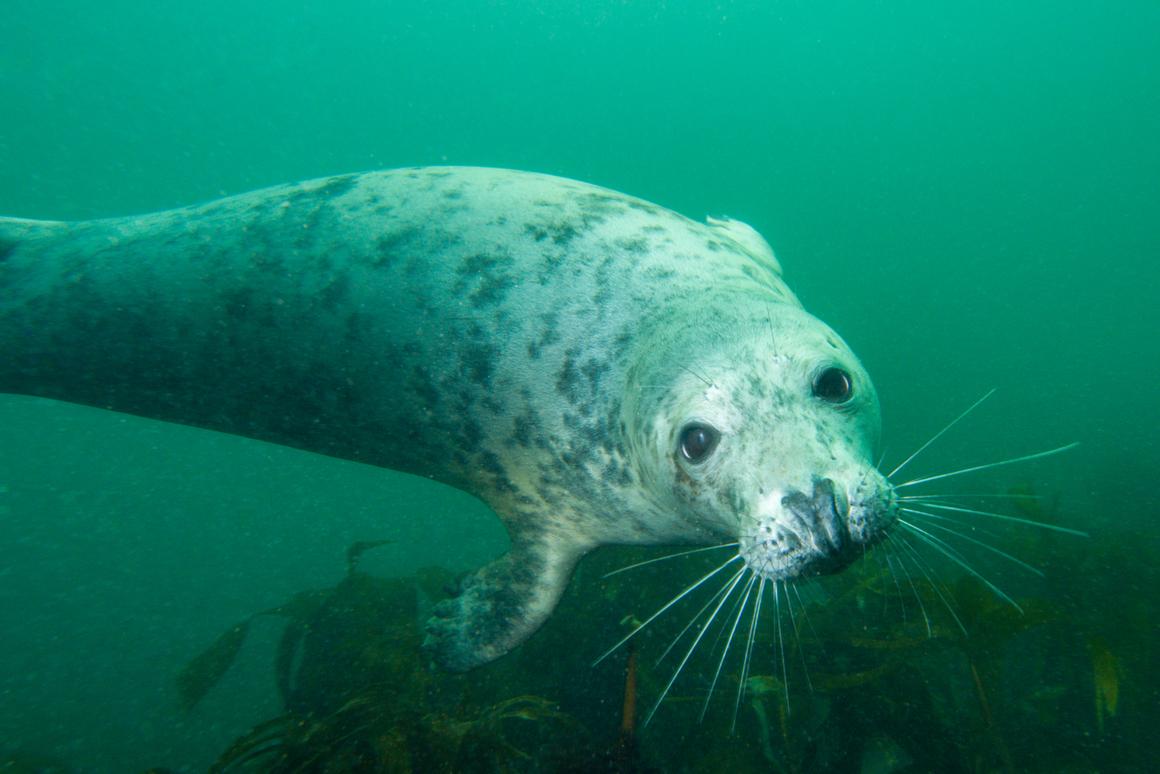 The idea of seals clapping may not seem all that surprising, but it has never been observed underwater in the wild before.  Paradoxdes/Depositphotos.

Different creatures seek to attract mates in different ways, whether that be a peacock spreading its colorful feathers or gorillas beating their chests as a show of strength. Scientists have unearthed another interesting example of this, catching wild grey seals clapping underwater for the first time ever, seemingly an attempt to catch the eye of potential suitors that happen to be in the area.

“The discovery of ‘clapping seals’ might not seem that surprising, after all, they’re famous for clapping in zoos and aquaria,” says lead study author Dr David Hocking from Australia’s Monash University. “But where zoo animals are often trained to clap for our entertainment – these grey seals are doing it in the wild of their own accord.”

Dr Ben Burville, a visiting researcher with Newcastle University, had been diving and studying grey seals for 17 years in an attempt to spot this behavior, and could barely believe what he’d heard and seen the moment his luck changed. Footage captured by the naturalist shows a male grey seal clapping its front flippers together underwater to create a “gunshot-like” sound, the first time a seal has been seen doing so beneath the ocean surface.

“The clap was incredibly loud and at first I found it hard to believe what I had seen,” Dr Burville said. “How could a seal make such a loud clap underwater with no air to compress between its flippers?”

The behavior was observed during breeding season, leading the researchers to believe that the seals are clapping to scare off competitors and showcase their skills and strength to potential mates.

“Depending on the context, the claps may help to ward off competitors and/or attract potential mates,” Dr Hocking says. “Think of a chest-beating male gorilla, for example. Like seal claps, those chest beats carry two messages: I am strong, stay away; and I am strong, my genes are good.”

The research was published in the journal Marine Mammal Science, while the video below shows the clapping seals in action.

–
(For the source of this article, to watch the accompanying video, and to see many other equally interesting articles, please visit: https://newatlas.com/biology/grey-seals-clapping-underwater/)