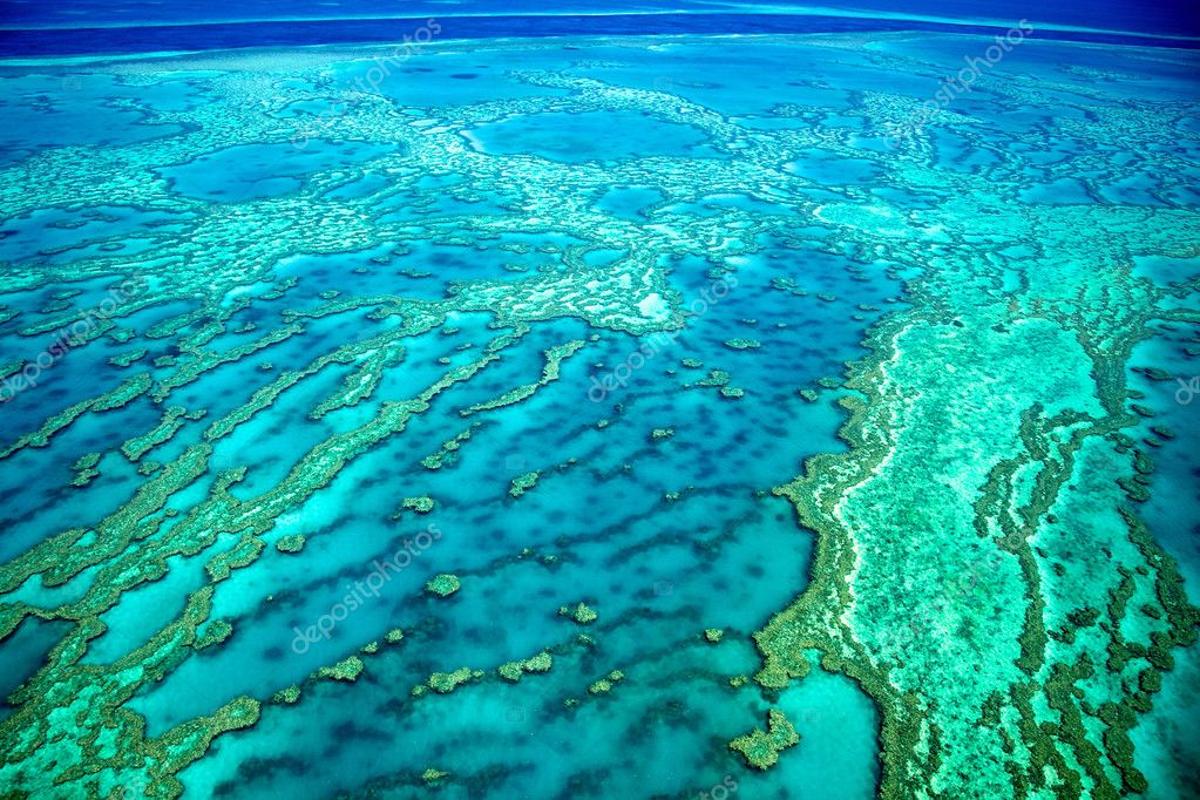 Experts are concerned Australia’s Great Barrier Reef is on the brink of another severe bleaching event.  TanyaPuntti/Depositphotos.
–
A hotter climate poses a threat to our environment in all kinds of ways, but one ecosystem that is really feeling the brunt of it is the world’s coral reefs. New research suggests these habitats face an uphill battle to survive in the face of warming and more acidic waters, with the scientists behind the new study projecting that as much as 90 percent of them could disappear within a couple of decades, and nearly all of them by the end of the century.
–
The research was carried out by biogeographers at the University of Hawaii, who set out to project how today’s coral habitats will be affected by changing ocean conditions in the coming decades. They did this my modeling shifts in sea surface temperatures, wave energy and ocean acidity. They also factored in pollution and overfishing by looking at population densities and the use of land to ascertain how much waste would likely make its way into the waters.
–
According to the team’s analysis, the majority of today’s coral reef habitats are under serious threat from human activity. The scientists project that between 70 to 90 percent of coral reefs will disappear over the next 20 years, due to pollution and climate change, which is making the oceans warmer and more acidic.

Casting an eye further into the future, things look even more dire. The team says that by the end of the century, “few to zero” coral habitats will remain.

“By 2100, it’s looking quite grim,” says author Renee Setter, who presented the research at the Ocean Sciences Meeting 2020 recently.

This is even taking into account all the different restoration and conservation projects underway around the globe. These include everything from raising coral larvae in concrete pods, eco-friendly films that prevent coral bleaching, underwater speakers to attract fish that maintain healthy reef systems, and underwater robots that reseed damaged areas. According to the team, these efforts will do little to preserve coral habitats in the face of global warming driven by greenhouse gas emissions.

“Trying to clean up the beaches is great and trying to combat pollution is fantastic. We need to continue those efforts,” says Setter. “But at the end of the day, fighting climate change is really what we need to be advocating for in order to protect corals and avoid compounded stressors.”

While this new study lays out a grim future for the world’s coral reef systems, some of them are already feeling the impacts of climate change in very real ways. Australia’s Great Barrier Reef has suffered through two severe bleaching events just since 2016, where abnormal temperatures caused corals to expel the algae that they normally rely on for their energy and colors, leaving them white and in danger of dying instead.

Experts in Australia are again sounding the alarm this week, warning that the Great Barrier Reef is on the brink of a third severe bleaching event in the coming weeks. Parts of the reef have already experienced “significant bleaching” this season, as reported by The Sydney Morning Herald, but with most of the reef currently enduring temperatures two or three degrees Celsius (3.6 to 5.4° F) above normal, experts fear the worst is still to come.

A paper presented at the Ocean Sciences Meeting 2020 describing the University of Hawaii research can be found online here.

(For the source of this, and many other equally important articles, please visit: https://newatlas.com/environment/coral-reef-collapse-end-of-century-study/)