A cave in France contains man’s earliest-known structures that had to be built by Neanderthals who were believed to be incapable of such things.

In a French cave deep underground, scientists have discovered what appear to be 176,000-year-old man-made structures. That’s 150,000 years earlier than any that have been discovered anywhere before. And they could only have been built by Neanderthals, people who were never before considered capable of such a thing.

According to The Atlantic, Bruniquel Cave was first explored in 1990 by Bruno Kowalsczewski, who was 15 at the time. He’d spent three years digging away at rubble covering a space through which his father felt air moving.

Some members of a local caving club managed to squeeze through the narrow, 30-meter long tunnel Kowalsczewski had dug to arrive in a passageway. They followed it past pools of water and old animal bones for over 330 meters before coming into a large chamber and a scene they had no reason to expect: Stalagmites that someone had broken into hundreds of small pieces, most of which were arranged into two rings—one roughly 6 meters across, and one 2 meters wide—with the remaining pieces stacked into one of four piles or leaning against the rings. There were also indications of fires and burnt bones.

A professional archeologist, Francois Rouzaud, determined with carbon dating that a burnt bear bone found in the chamber was 47,600 years old, which made the stalagmite structures older than any known cave painting. It also put the cave squarely within the age of the Neanderthals since they were the only humans in France that early. No one had suspected them of being capable of constructing complex forms or doing anything that far underground.

After Rouzard suddenly died in 1999, exploration at the cave stopped until life-long caver Sophie Verheyden, vacationing in the area, heard about it and decided to try and uranium-date the stalagmites inside.

The team she assembled eventually determined that the stalagmites had been broken up by people 176,000 years ago, way farther back even than Rouzard had supposed.

There weren’t any signs that Neanderthals lived in the cave, so it’s a mystery what they were up to down there. Verheyden thinks it’s unlikely that a solitary artist created the tableaux, and so an organized group of skilled workers must’ve been involved. And “When you see such a structure so far into the cave, you think of something cultural or religious, but that’s not proven,” Verheyden told The Atlantic.

Whatever they built, the Bruniquel Cave reveals some big surprises about Neanderthals: They had fire, they built things, and likely used tools. Add this to recent discoveries that suggest they buried their dead, made art, and maybe even had language, and these mysterious proto-humans start looking a lot more familiar. A lot more like homo sapiens, and a lot more like distant cousins lost to history. 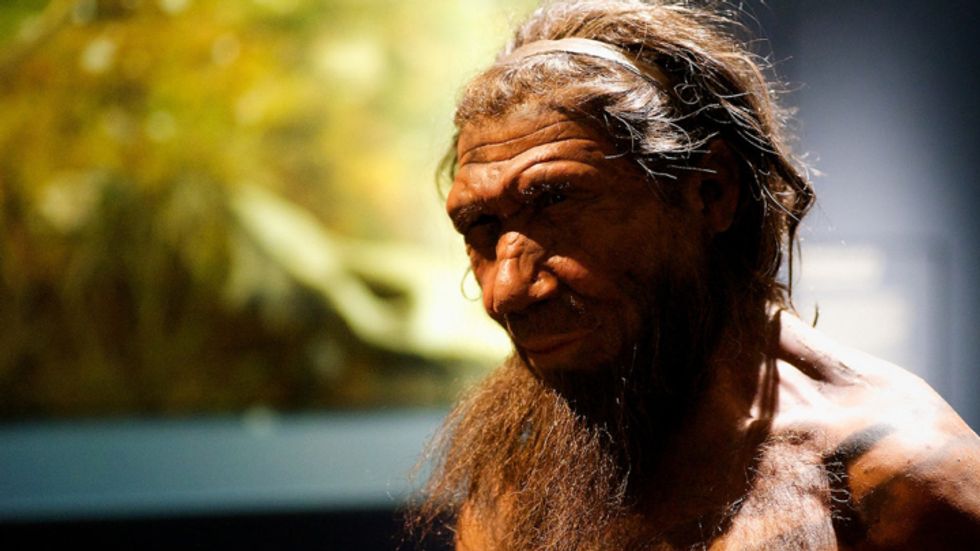 (For the source of this, and many other equally intriguing articles, please visit: https://bigthink.com/robby-berman/a-cave-in-france-changes-what-we-thought-we-knew-about-neanderthals/)