A new study suggests that the type of alarm clock you use might affect the severity of sleep inertia you experience. 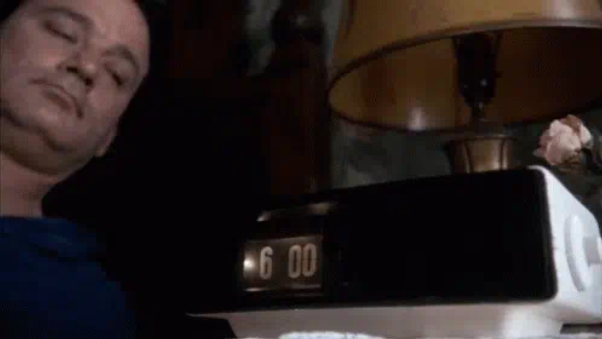 After you wake up, it takes some time to become fully alert. This groggy transitional period is a physiological state called sleep inertia, which is characterized by drowsiness, disorientation, and a general impairment of cognitive and sensory-motor performance. For most people it lasts 15 or 30 minutes, but for others it can sometimes last hours.

Sleep inertia can also cause serious safety hazards, especially for people with jobs in which being alert is a matter of life and death. For example, the 2010 Air India Express crash was likely due to the errors of a pilot who had recently woken from a nap. Even if your job isn’t dangerous, sleep inertia (SI) can take a toll on your performance, and on your ability to concentrate on the things you enjoy.

A new study suggests that the severity of sleep inertia depends not only on when you wake, but also on how. The study, published in the journal PLoS ONE, found that people who set a “melodic” alarm tended to feel more alert, while those who opted for a traditional “harsh” alarm were more likely to feel groggy in their first few hours. It’s a somewhat counterintuitive finding, according to lead study author Stuart McFarlane, a doctoral researcher at The Royal Melbourne Institute of Technology in Melbourne, Australia.

“You would assume that a startling ‘beep beep beep’ alarm would improve alertness, but our data revealed that melodic alarms may be the key element,” McFarlane told RMIT News. “This was unexpected.”

For the study, 50 participants reported their perceived levels of SI and the melodicity of the alarm to which they woke up. After learning that the participants who reported no sleep inertia also said they used melodic alarms, the researchers hypothesized that something about the musical elements of rhythm and/or melody might counteract the effects of SI.

“Although more research is needed to better understand the precise combination of melody and rhythm that might work best, considering that most people use alarms to wake up, the sound you choose may have important ramifications,” McFarlane said. “This is particularly important for people who might work in dangerous situations shortly after waking, like firefighters or pilots, but also for anyone who has to be rapidly alert, such as someone driving to hospital in an emergency.”

So, why might harsh alarms contribute to — or, at least, not reduce — SI?

“We think that a harsh ‘beep beep beep’ might work to disrupt or confuse our brain activity when waking, while a more melodic sound like the Beach Boys ‘Good Vibrations’ or The Cure’s ‘Close to Me’ may help us transition to a waking state in a more effective way,” said study co-author Adrian Dyer, an associate professor at RMIT’s School of Media and Communication and Digital Ethnography Research Centre. “If we can continue to improve our understanding of the connection between sounds and waking state, there could be potential for applications in many fields, particularly with recent advancements in sleep technology and artificial intelligence.”

How noise can subtly affect health

In 2011, the World Health Organization published the results of a 10-year study in a report called ‘Burden of disease from environmental noise‘. After comparing the health of people in Western Europe with the amount of environmental noise they were exposed to, the researchers determined that “there is overwhelming evidence that exposure to environmental noise has adverse effects on the health of the population.” In fact, the authors rated noise pollution — like sounds from planes, trains, cars, and other city sources — as the second worst environmental threat to public health, behind only air pollution.

Noise can trigger the body’s acute stress response, which can lead to increased blood pressure, heart rate, and cortisol levels. What’s concerning, especially for people who live in noisy cities, is that the brain is able to register sounds that you might not consciously hear. This can disrupt sleep: a blaring police siren might not wake you up, but studies suggest that your quality of sleep would suffer a bit. Alarmingly, long-term exposure to noise pollution seems to have the power to shorten lifespan, according to the WHO report and other research.

If you live in a noisy area and you’re concerned about sleep quality, consider investing in a pair of earplugs — doctors interviewed for a recent New York Magazine article suggested ones made of silicone or wax, not foam. These options might be slightly more expensive, but they’re usually more comfortable, and they do a better job of blocking out noise while also allowing you to hear that (melodic) alarm in the morning.

From Your Site Articles
Related Articles Around the Web

(For the source of this, and many other equally interesting articles, please visit: https://bigthink.com/surprising-science/sleep-inertia/)