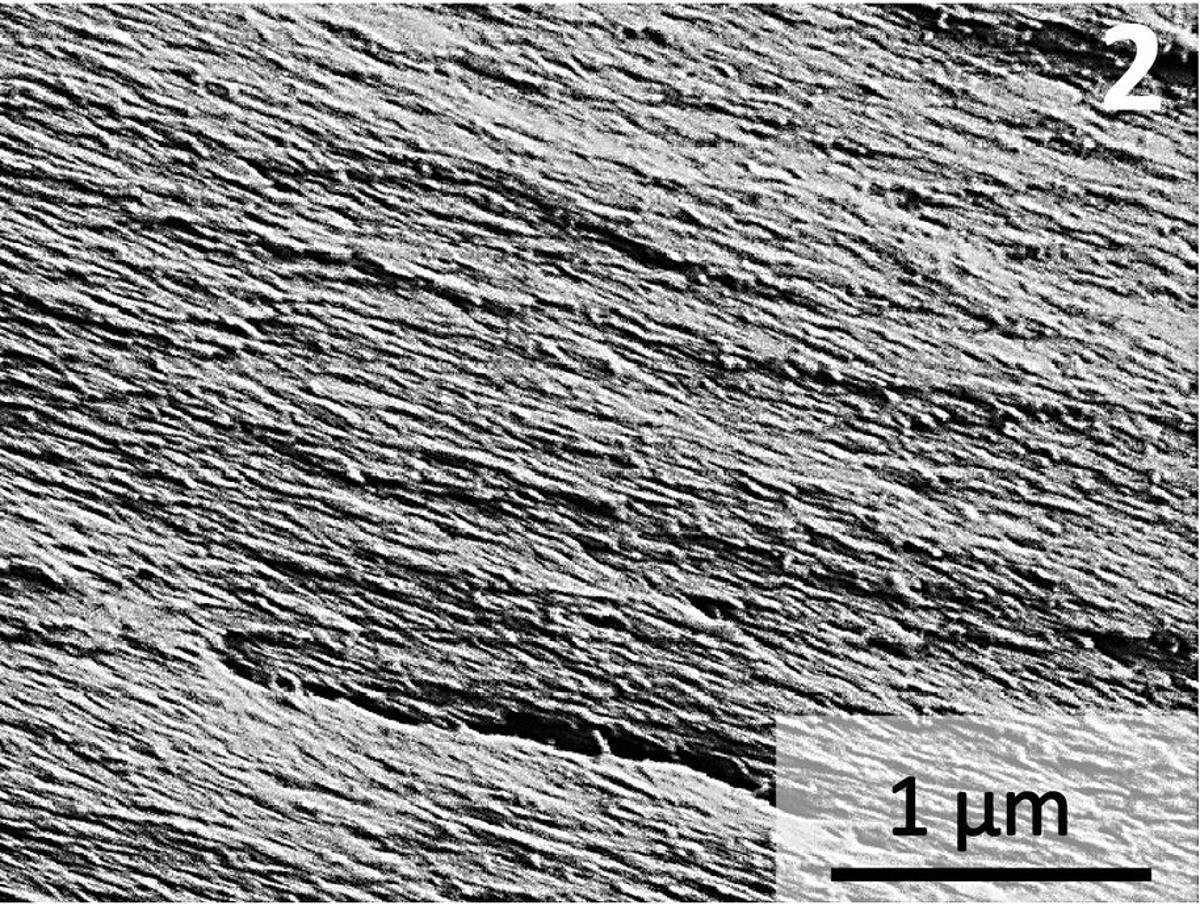 A microscope image of the cured glue, showing the layers of cellulose nanocrystals.  Aalto University. –

Although so-called superglues can be quite useful, they’re typically made from harsh chemicals, plus it’s very difficult to “unstick” them once they’ve set. Now, however, scientists have created a plant-based superglue that can easily be removed when needed.

The experimental adhesive was designed in a collaboration between researchers at Finland’s Aalto University, the University of Tokyo, China’s Sichuan University, and Canada’s University of British Columbia. Its active ingredient is cellulose nanoparticles, obtained relatively cheaply from plants. Down the road, those particles could even be harvested from discarded plant material such as agricultural or paper mill waste.

Water is added to the nanoparticles, with the resulting mixture then being placed between two surfaces that need to be joined. When heat is subsequently applied to the solution, the water evaporates, causing the particles to form a bond by transforming into side-by-side layers of cellulose nanocrystals.

Should someone then try pulling the two surfaces directly apart, thus applying force along the plane of the bond, they will find it very difficult to do so – just one drop of the glue can withstand an in-plane pulling force of up to 90 kg (198 lb).

That said, if the two surfaces are pulled sideways in opposite directions – so that force is applied perpendicular to the plane of the bond – that bond is relatively easily broken. In fact, the glue’s out-of-plane strength is just one-seventieth that of its in-plane. The adhesive can even just be rolled off of a surface, simply by applying sideways pressure with a thumb.

It currently takes about two hours for the glue to set, although that figure can be reduced by increasing the heat. There is a trade-off, though, as higher temperatures (beyond 50 ºC/122 ºF) result in a smaller bonding area.

Once the technology is developed further, it is hoped that it could find use in applications such as electronics or packaging that stay intact for the duration of their intended use, but that are also easily taken apart for recycling upon being discarded.

A paper on the research was recently published in the journal Advanced Materials.

(For the source of this, and many other equally interesting articles, please visit: https://newatlas.com/materials/eco-friendly-releasable-superglue-plants/)