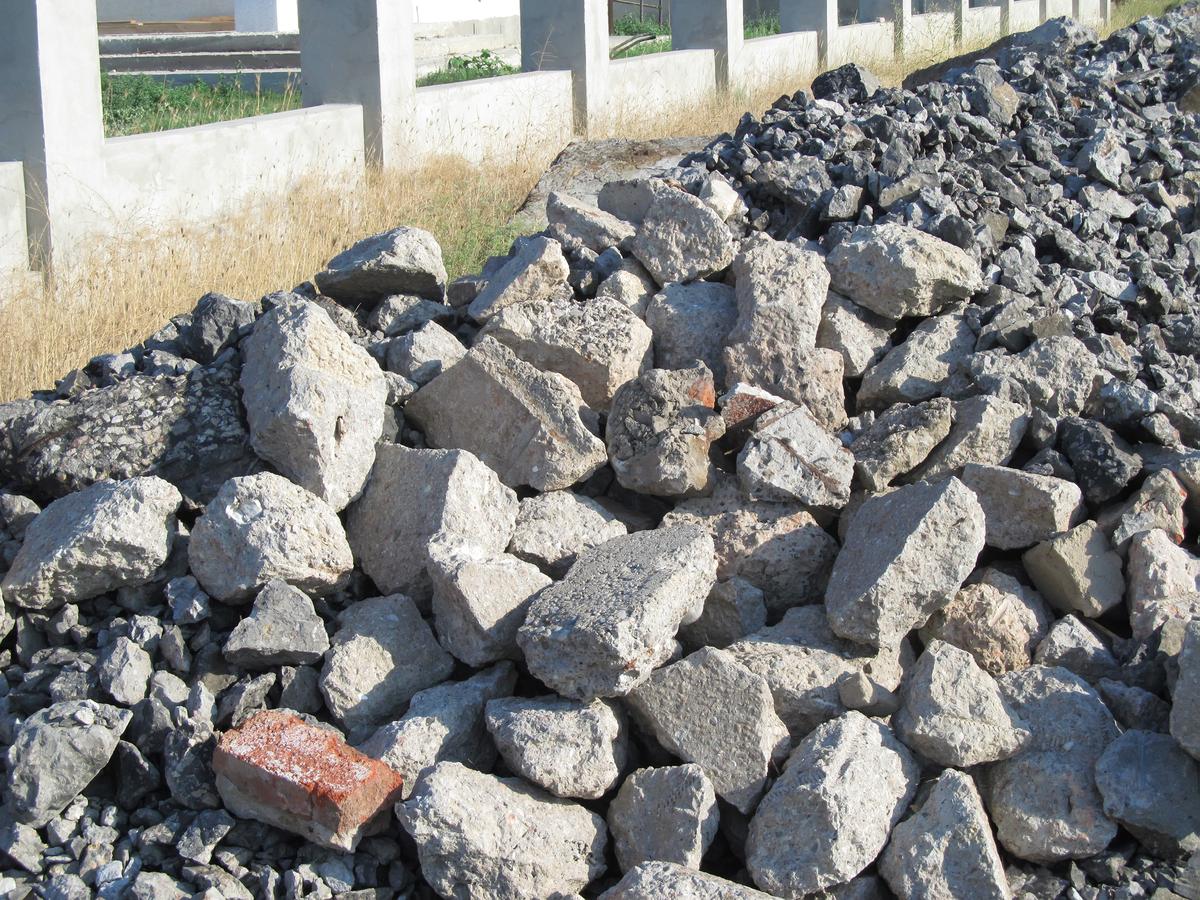 To turn this into even stronger concrete … just add lignin?  mettus/Depositphotos.
–

Production of the cement used in concrete is a huge source of CO2 emissions, so the more that we can recycle existing concrete, the better. That’s where a new study comes in, which indicates that discarded concrete becomes even stronger than it was before, when wood waste is added to it.

Concrete is made by mixing an aggregate such as gravel with water and cement. Once the mixture has cured, the cement hardens, and binds with the aggregate to form a solid block of material.

Led by Asst. Prof. Yuya Sakai, scientists at The University of Tokyo ground pieces of such concrete into a powder, then added water, along with lignin obtained from wood waste. Lignin is a highly crosslinked organic polymer, and is a key component of the support tissue in vascularized (water-conducting) plants – it’s what gives wood its rigidity.

The mixture was then simultaneously heated and placed under high pressure. It was found that by precisely tweaking variables such as the concrete/lignin ratio, water content, temperature, plus the amount and duration of pressure, the lignin formed into a highly-effective adhesive, binding the pieces of concrete powder together.

When subsequently tested, the recycled concrete was found to have more bending strength than the original concrete from which it was made. As an added bonus, because of its lignin content, the material should likely biodegrade once discarded.

What’s more, the scientists believe that lignin obtained from other plant sources (such as agricultural waste) could be used instead. It may even ultimately be possible to create new “virgin” concrete, in which lignin is utilized in place of cement.

“These findings can promote a move toward a greener, more economical construction industry that not only reduces the stores of waste concrete and wood, but also helps address the issue of climate change,” says Sakai.

As an interesting side note, a 2018 study conducted at the National University of Singapore concluded that adding wood waste to cement and mortar made them both stronger and more watertight.

Source: The University of Tokyo

(For the source of this, and many other equally intriguing articles, please visit: https://newatlas.com/environment/wood-waste-recycled-concrete/)