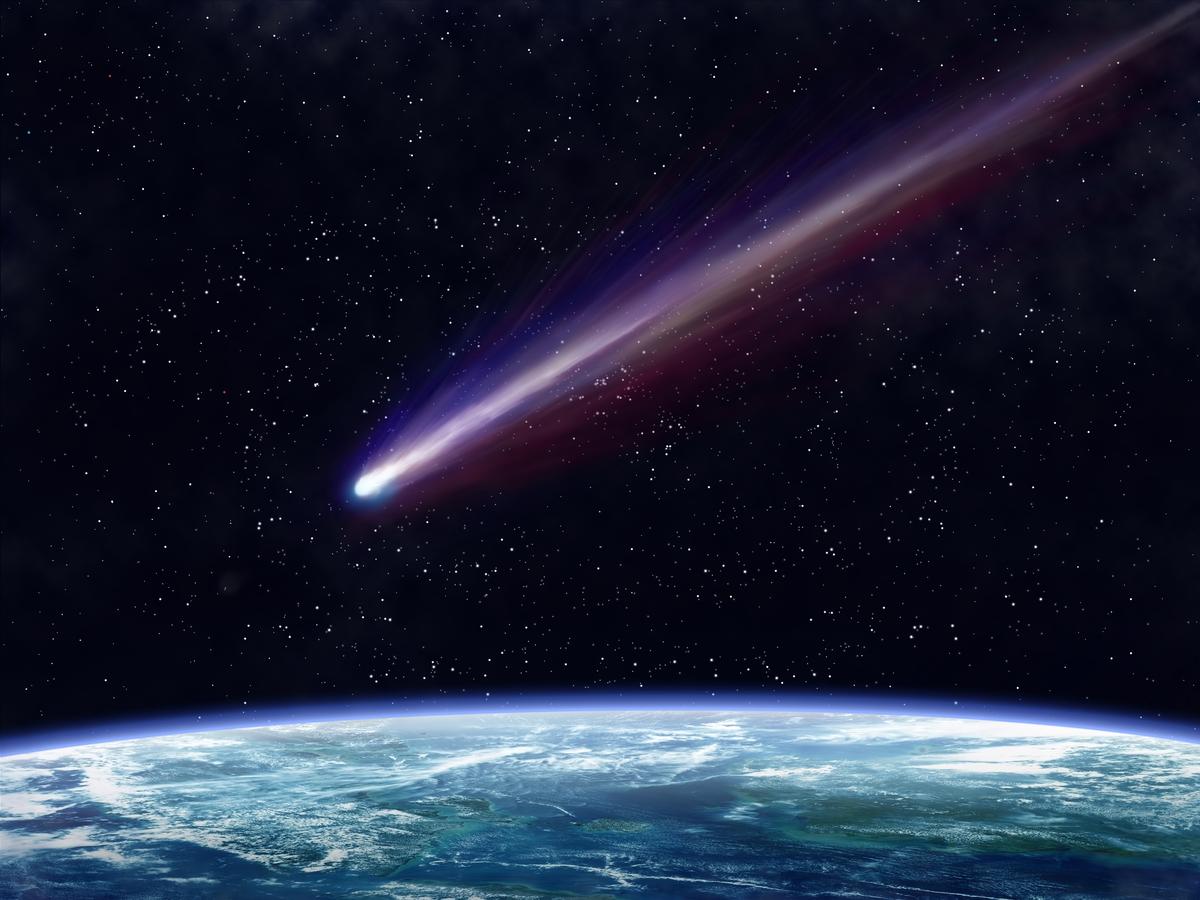 The discovery of a novel protein in a meteorite strengthens the argument that life’s building blocks arrived from space.  paulfleet/Depositphotos.
–

Scientists have discovered a full, previously-unknown protein inside a meteorite for the first time. Named hemolithin, the new protein contains iron and lithium and may play an important role in seeding life on habitable planets like Earth.

Scientists from Harvard, PLEX Corporation and Bruker Scientific discovered hemolithin in a meteorite known as Acfer 086, which was found in Algeria in 1990. It’s a fairly small protein, made up mostly of the amino acid glycine and capped with iron, oxygen and lithium atoms at the ends. While all those pieces are well-known, this particular arrangement of them has never been seen on Earth before.

Hemolithin is the latest piece of evidence in the mounting case that life’s building blocks began stacking in space, and were delivered to Earth (and possibly other planets) through impacts by space rocks. Plenty of individual amino acids – the building blocks that make up proteins – have been found in meteorites and comets in the past. Amino acid precursors, sugars, organic materials and certain-shaped molecules, all vital for life, have been detected in space or meteorites, too.

It’s one thing to find amino acids floating around out there, but it’s entirely another to find them arranged in a structure as complex as a protein. While it’s still not clear exactly how hemolithin would have formed in space, individual units of glycine have been predicted to form on the surface of dust grains. Then, warm molecular clouds could have created the right conditions for these units to begin linking up into polymer chains and eventually proteins.

By itself, hemolithin doesn’t indicate extraterrestrial life, but it could give us a hint of how life may have gotten started on Earth – or other similar planets, for that matter. The atom groupings at the tips of the protein form a type of iron oxide that has been known to absorb photons of light and split water into hydrogen and oxygen.

“It is a good candidate molecule to split water thereby allowing it to represent a first energy source to chemistry, going on to biochemistry on the surface of planets like Earth in terms of their mass and distance from their sun,” Julie McGeoch, corresponding author of the study, tells New Atlas. “This could apply to planets throughout the Universe.”

As it stands, this study hasn’t yet been peer-reviewed or published in a journal, but the pre-print version is currently available on arXiv (PDF).

(For the source of this, and many other equally intriguing articles, please visit: https://newatlas.com/space/extraterrestrial-protein-meteorite/)