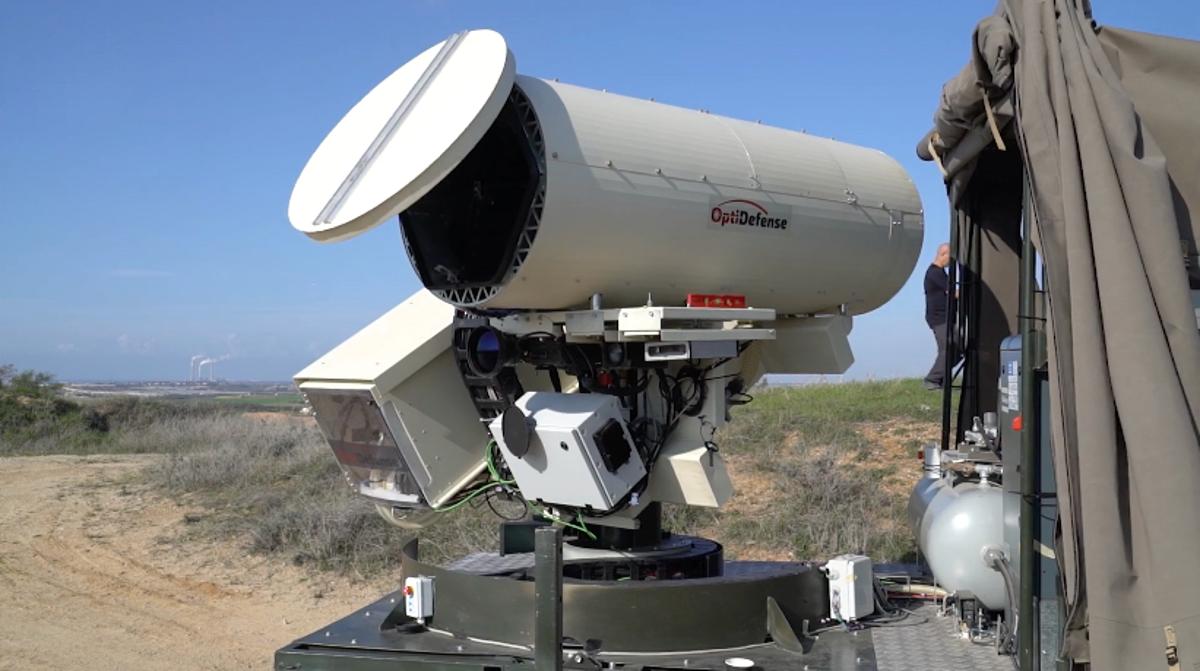 Light Blade being tested near the Gaza border.  Ben-Gurion University of the Negev.

In the past couple of years, both bomb-carrying balloons and brush fire-causing flaming kites have been launched from Gaza into neighboring Israel. A new system uses lasers to shoot them down, and it could even be used to neutralize drones.

Known as Light Blade, the system was developed at the Ben-Gurion University of the Negev, by a team led by Prof. Amiel Ishaaya. It’s now being commercialized by spinoff company OptiDefense.

It utilizes an “eye-safe” laser, of a type which is already used by farmers in the region to cut plastic for greenhouse windows. In the case of Light Blade, that laser’s beam gets tightly focused onto one spot on the balloon or kite, concentrating its energy to quickly burn through the material.

Because the unfocused laser beam is relatively low in power, however, the system is reportedly safe to use around places such as airports, without having to clear the airspace. By contrast, with anti-drone systems that utilize high-power lasers, aircraft typically have to be diverted from the area in order to minimize the risk of pilots getting accidentally blinded.

When recently paired with the SupervisIR threat detection system from Israeli defense electronics company Elbit, Light Blade was able to shoot down a claimed 90 percent of balloons and kites launched from Gaza into Israel. It has a range of “several miles.”

Ishaaya and colleagues are now looking at adapting the technology for use on autonomous drones, which would involve boosting both the tracking system and the laser power.

You can see Light Blade in use, in the video below.

Source: American Associates, Ben-Gurion University of the Negev via EurekAlert

(For the source of this, and many other equally interesting articles. please visit: https://newatlas.com/military/light-blade-lasers-airborne-incendiaries/)