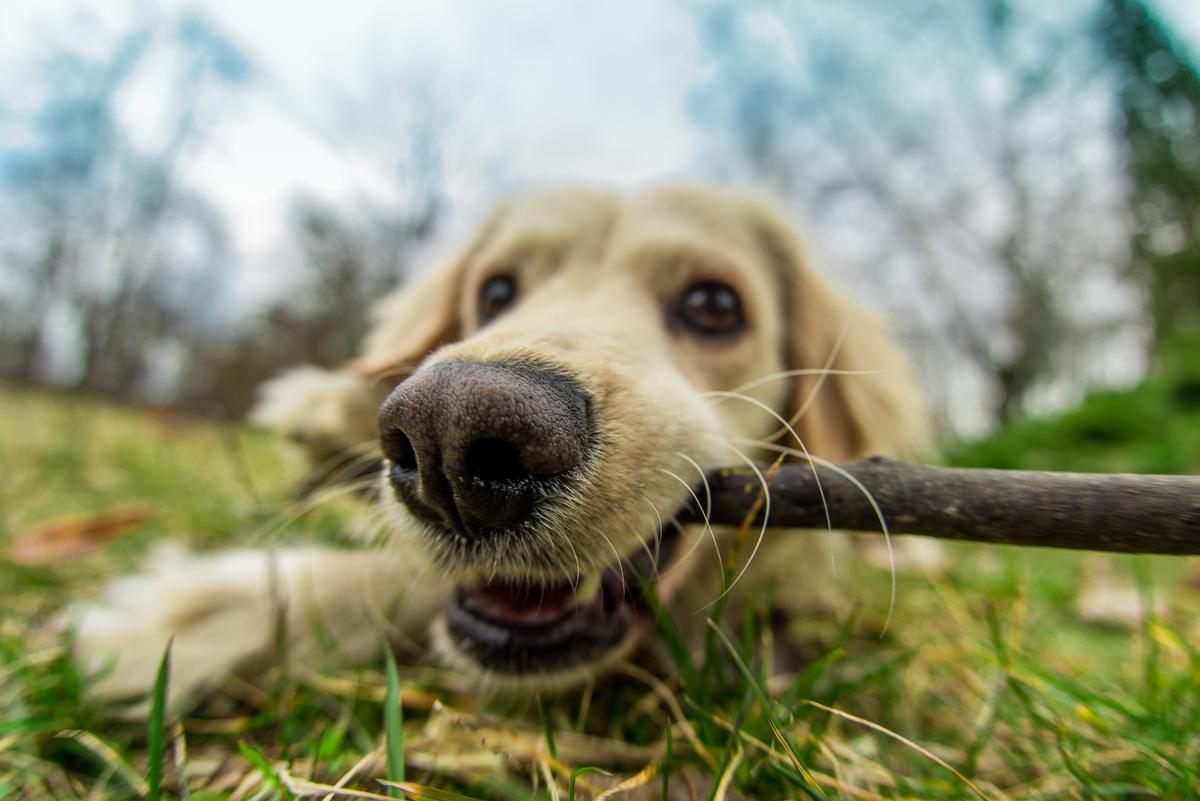 A new study has revealed that dogs can sense radiant heat using their noses.  loriklaszlo/Depositphotos.
–

It is well known that dogs boast an incredible sense of smell, but new research has uncovered another way our four-legged friends use their famous noses to find their way around. Scientists have discovered what they describe as an “entirely new sense” in dogs, observing how their wet nose tips can be used to sense heat from nearby objects, much like a thermal infrared sensor.

The research was carried out by scientists at Sweden’s Lund University, along with a team from Hungary’s Eötvös Loránd University, who conducted a pair of experiments that uncovered this surprising new canine skill.

The Lund University researchers set up a behavioral study whereby three dogs were presented with a pair of objects, one neutral object of roughly an ambient temperature and one with the surface temperature of a furry mammal. With training, the dogs were then able to distinguish between the two objects from a distance of 1.6 meters (5.2 ft), based purely on radiant heat.

The Eötvös Loránd University scientists, meanwhile, used magnetic resonance imaging to observe how different regions of the dogs’ brains responded to heat stimuli, of roughly the same temperatures as the other experiment. The warmer objects induced a response in the left somatosensory association cortex, the part of the brain that processes sensory information, which the scientists concluded most likely came from the wet, furless skin around the nose known as the rhinarium.

“It has taken a rather long time to discover this, given that dog and man have lived side by side for 15,000 years, and we have remained unaware of this ability,” says Ronald Kröger, professor at Lund University.

The scientists believe there is an evolutionary lesson to be learned here, suggesting that predators like wolves are such effective hunters because they seem to be able to detect prey from a distance. Meanwhile, the creatures they hunt would benefit from some sort of camouflage, which could explain why some animals feature thick fur, for example. Furthermore, the findings could be useful in determining which dog breeds are most suitable for hunt and rescue operations following a natural disaster.

“The dog’s nose must be cold to be able to find a warm human body,” says Kröger. “Our results indicate that you shouldn’t choose dogs that cannot cool their nose due to breeding. Also, training dogs could be more effective if heat was used in addition to smell.”

(For the source of this, and many other equally intriguing articles, please visit: https://newatlas.com/biology/dogs-noses-infrared-sensor/)