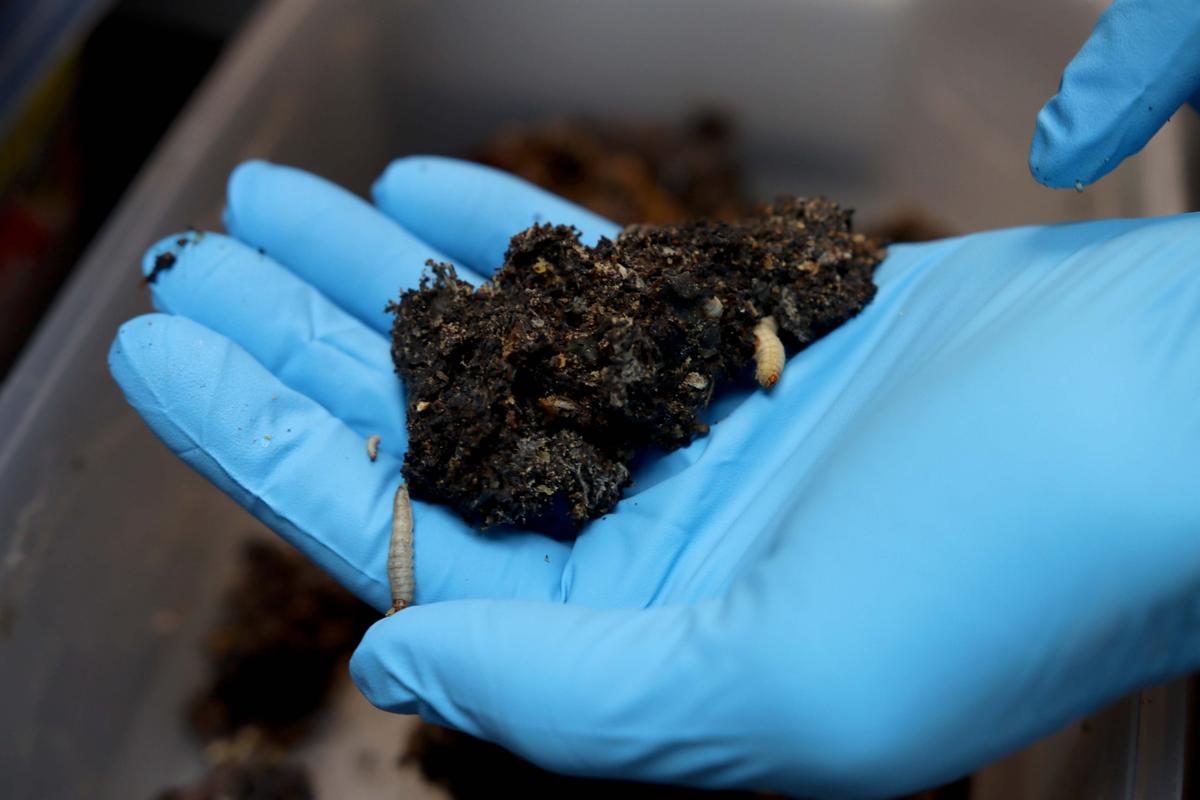 Scientists have found that gut bacteria in waxworms is a key driver of their appetite for plastic.  Brandon University.

Plastic pollution is a monumental issue and one that isn’t going away anytime soon, but researchers are opening up new possibilities around how we could chip away at the problem. Scientists working in this area at Canada’s Brandon University have made an exciting discovery, zeroing in on the mechanisms that enable a common species of caterpillar to survive on a diet of plastic alone.

In recent years, scientists have identified a number of organisms with an ability to eat away at common plastics. These include engineered enzymes, mealworms with an appetite for Styrofoam and a type of bacterium with an ability to break down PET plastics in a relatively short space of time.

Waxworms are another exciting example. These are the caterpillar larvae of the wax moth and act as destructive parasites in beehives by feeding on the beeswax, much to the disdain of beekeepers. But earlier research has found that these critters also have quite an appetite for plastic, with an ability to chew through it, digest it, and turn it into ethylene glycol, a type of alcohol.

Led by Dr. Christophe LeMoine and Dr. Bryan Cassone, researchers at Brandon University’s Department of Biology have been investigating the mechanisms underlying this unique behavior. Their work reveals that the plastic-devouring abilities of the waxworm can be tied to a species of gut bacteria, which they managed to isolate and prove actually thrive on a diet of plastics.

In the team’s experiments, the waxworms were able to survive purely on a diet of polyethylene, the type of plastic used in shopping bags, disposable drinking cups, soda bottles and other everyday items. The creatures have such a ravenous appetite for it, that 60 of them were able to devour more than 30 sq cm (4.7 sq in) of a plastic bag in less than a week.

The team found that a key factor in this is a species of bacteria contained in the gut of the waxworms that biodegrade polyethlyene. These bacteria were able to be kept alive for more than a year, relying only on plastic for their nutrients. While the waxworms can degrade plastic on their own, and so too can the bacteria when isolated, they do a much better job of it when working in tandem.

“Plastic-eating bacteria are known, but in isolation they degrade plastics at a very slow rate,” Dr. LeMoine said. “Likewise, when we treated the caterpillars with antibiotics to reduce their gut bacteria, they were not able to degrade the plastic as easily. So it seems that there is a synergy between the bacteria and their waxworm hosts that accelerates plastic degradation.”

When the scientists fed the waxworms a diet of 100 percent plastic, it actually increased the microbes in their guts compared to waxworms on a regular diet. As such, they have dubbed them “plastivores,” and will continue to study the relationship between the worms and their gut bacteria, looking to learn how they might maximize their ability to degrade plastic waste.

“Worms that eat our plastic waste and turn it into alcohol sounds too good to be true. And in a way it is,” said Dr. Cassone. “The problem of plastic pollution is too large to simply throw worms at. But if we can better understand how the bacteria works together with the worm and what kind of conditions cause it to flourish, perhaps this information can be used to design better tools to eliminate plastics and microplastics from our environment.”

The team has published its findings in the journal Proceedings of the Royal Society B.

(For the source of this, and many other equally peculiar articles, please visit: https://newatlas.com/biology/plastic-eating-waxworm-gut-bacteria/)