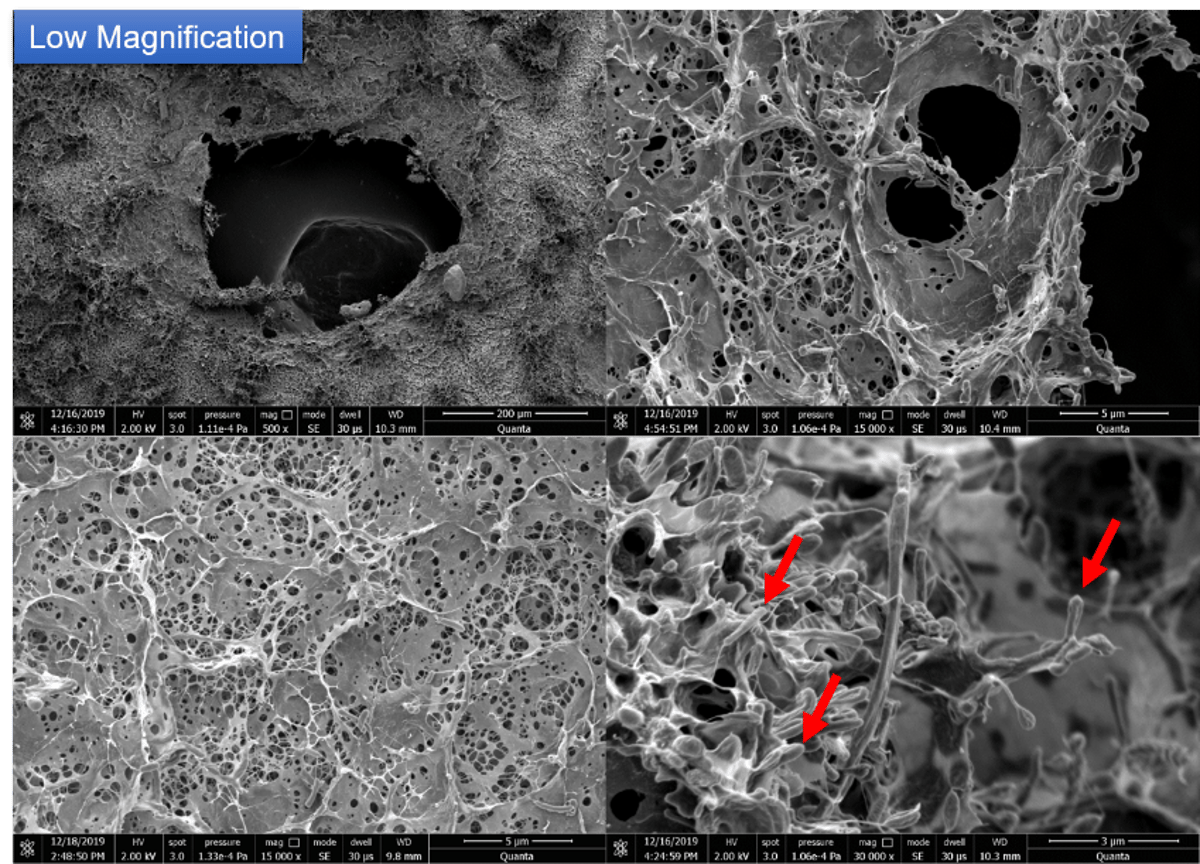 A microscope image showing how a sheet of the plastic biodegrades in seawater – the material was developed in partnership with Japanese company Nihon Shokuhin Kako. Osaka University.

Whether it’s entangling marine animals, clogging their guts when they eat it, or forming giant floating “garbage patches,” oceanic plastic waste is a huge problem. There may be new hope however, in the form of what is claimed to be a better type of marine-biodegradable plastic.

First of all, various groups have already developed plastics that harmlessly biodegrade in the ocean environment. According to Japan’s Osaka University, however, these have three main drawbacks: they’re of inferior quality to conventional plastics, they cost over twice as much to produce, and they can only be manufactured in relatively small amounts.

Led by Assoc. Prof. Asoh Taka-Aki and Prof. Uyama Hiroshi, an Osaka team therefore developed an alternative type of transparent plastic consisting mainly of cellulose nanofibers and starch, both of which were obtained from plants. Thanks to a proprietary production process, the finished product is claimed to exhibit excellent water-resistance and high strength, while also being very biodegradable when left floating in seawater over time.

And as an added bonus, because the plastic isn’t petroleum-based, its production shouldn’t produce any greenhouse gases.

“Since we were able to develop a marine biodegradable plastic sheet by combining familiar materials such as starch and cellulose, because these materials are cheap, and the manufacturing process is simple, we can expect that the developed material will be put to practical use soon,” says Professor Asoh. “We have great expectations that our material will help solve the growing global problem of marine debris accumulation and have a major societal impact.”

(For the source of this, and many other equally interesting articles, please visit: https://newatlas.com/environment/plant-based-plastic-biodegrades-ocean/)