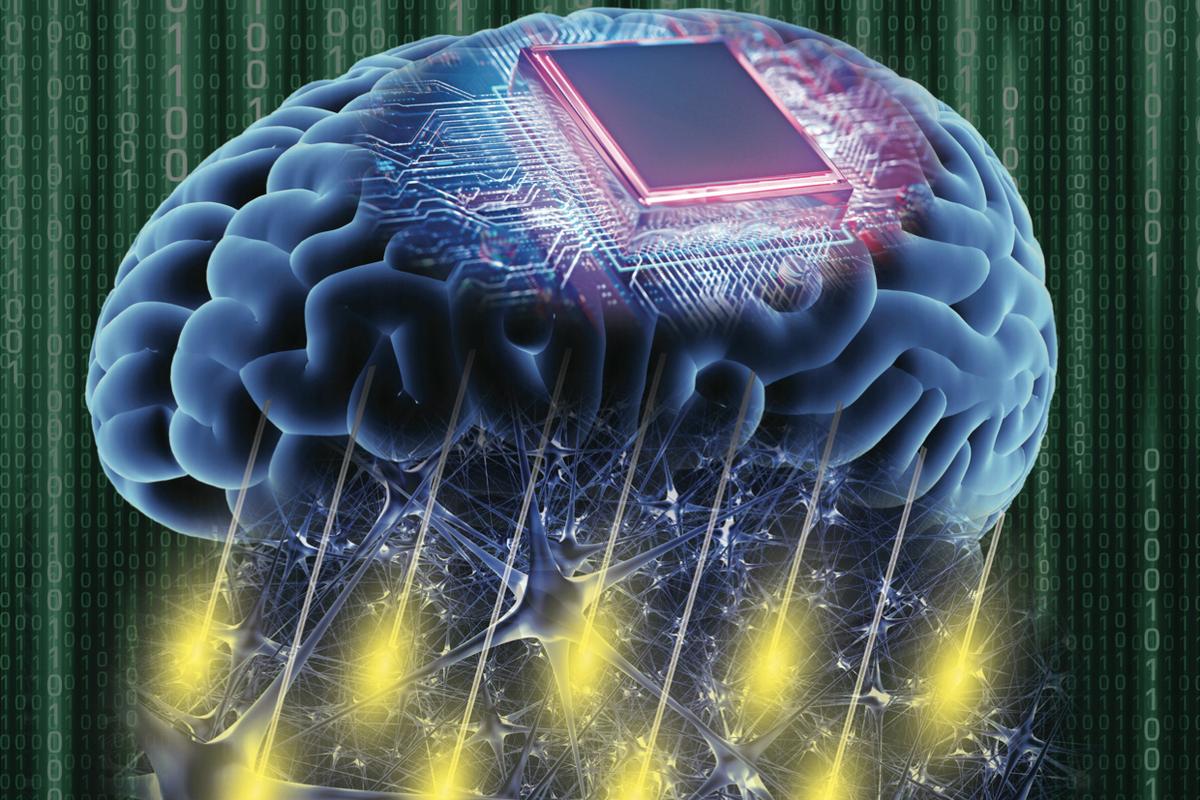 A stylized diagram of the system, which could detect brain activity in both deep and surface regions at the same time.  Andreas Schaefer, The Francis Crick Institute.
–

When it comes to accurately reading the brain’s electrical signals, many systems utilize implantable electrodes. A new technology is reportedly less invasive yet just as accurate, as it swaps regular electrodes for ultra-thin wires.

The system is being developed via a partnership between scientists at Britain’s Francis Crick Institute, University College London, and California’s Stanford University.

Instead of conventional electrodes – which while relatively small can still be obtrusive when implanted in brain tissue – it utilizes electrically-conductive nanowires that are each just one fifteenth the thickness of a human hair. It’s possible to implant a network of these into neurons located at various depths in multiple regions of the brain, reportedly “without causing significant damage.”

All of the wires are physically linked back a central silicon chip, where their signals are simultaneously analyzed in order to determine which parts of the brain are currently active, and in what ways. Utilizing this setup, the scientists believe it should be possible for users to more easily control computers, prosthetic arms or other devices using nothing but their thoughts.

Additionally, though, the system can also stimulate neurons by delivering electrical impulses to them. In this way, it could be used to treat disorders wherein neurons aren’t firing properly, such as motor neurone disease.

The system is said to be quite scalable, ranging from a few hundred wires for use on a mouse to over 100,000 wires for larger animals. It is now being developed for use in a human-scale brain-computer interface, by Texas-based company Paradromics.

A paper on the research, which is being led by Francis Crick’s Dr. Andreas Schaefer, was recently published in the journal Science Advances.

(For the source of this, and many other equally interesting articles, please visit: https://newatlas.com/good-thinking/electrode-nanowires-read-brain-signals/)