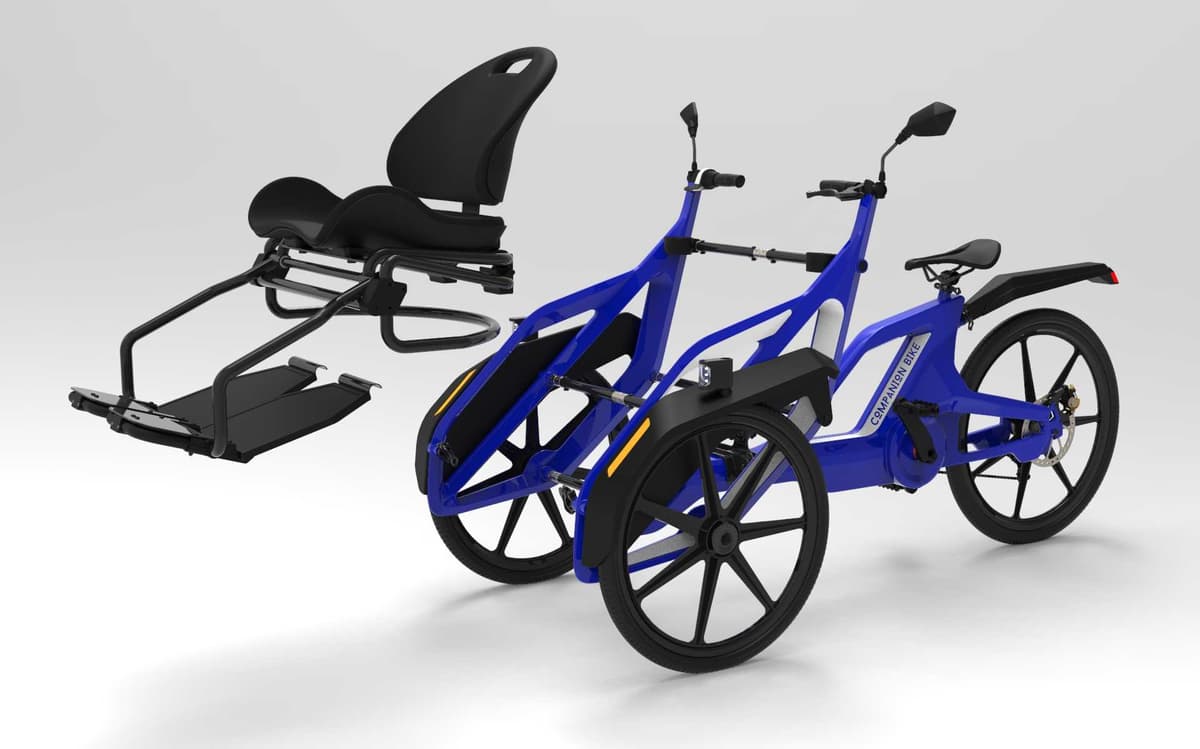 The Companion Bike’s passenger seat can be removed, with the two sides of the frame then being pushed in toward each other.  Companion Bike.

If you’ve ever been to Vietnam, then you’ll have seen the rickshaw taxi-trikes in which the pedaler sits behind the passenger. Well, the Companion Bike is a carbon fiber version of those, that folds inwards for storage and transit.

Created by inventor Quan Pham, the Companion Bike is intended both for commercial use, and for transporting family members or friends who are unable to pedal a bike themselves. It has a full carbon fiber frame that can reportedly accommodate pedalers ranging in height from 5’4″ to 6’2″ (1.6 to 1.9 m).

Passengers sit in a footrest-equipped front bucket seat, that can be removed from the frame when not in use. The two sides of the front end of the frame can then be folded in toward one another, making the trike much narrower – this allows it to be more easily stored indoors, or transported within a vehicle such as a van.

According to Pham, the Companion Bike can manage a maximum payload of 500 lb (227 kg), split between a 300-lb passenger and a 200-lb pedaler. We’re told that an electric-assist model is in the works, which sounds like a good idea for pushing around that sort of weight.

Should you be interested, the Companion Bike is presently the subject of a Kickstarter campaign. A pledge of US$6,900 will get you one, when and if they reach production. The planned retail price is $13,000.

(For the source of this, and many other equally intriguing articles, and to see all five images associated with this article, please visit: https://newatlas.com/bicycles/companion-bike-folding-carbon-fiber-rickshaw/)