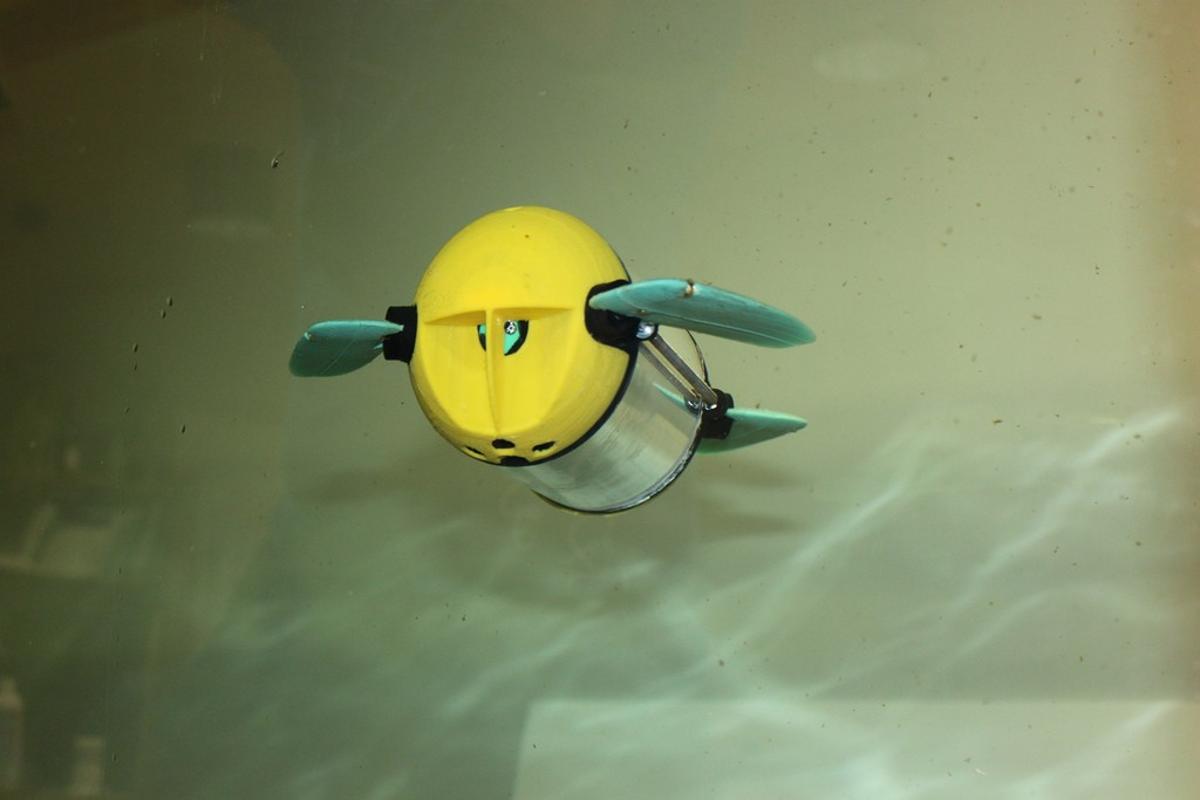 An early version of the U-CAT sea turtle robot.  Tallinn University of Technology.

–
Marine aquaculture pens have to be regularly checked for holes, plus the fish need to be inspected for disease or parasites. And although the job is typically performed by human divers, it turns out that a robotic sea turtle may be a better choice for the task.

Unfortunately, when a big, ungainly human scuba diver swims in among farmed fish – exhaling columns of bubbles as they do so – the animals tend to get stressed. This can in turn lead to health problems. The same is true when relatively fast-moving ROVs (remotely-operated vehicles) are used.

Looking for a more fish-friendly alternative, Prof. Maarja Kruusmaa and colleagues tried out a camera-equipped robotic sea turtle known as U-CAT, which was previously developed at Estonia’s Tallinn University of Technology. Kruusmaa is affiliated with both that university and the Norwegian University of Science and Technology.

U-CAT is autonomous – so it’s untethered – and can quietly move up and down or forward and backward by selectively moving its four independently-driven flippers. When Maarja and her team tested it in salmon pens at a Norwegian fish farm, the fish remained calm, swimming quite close to the robot. By contrast, the salmon stayed far away from divers and ROVs.

According to Kruusmaa, the secret to U-CAT’s fishy success likely lies in its being small and slow-moving. Somewhat surprisingly, its quietness and turtle-like appearance aren’t that important.

“The fact that the robot looks like a marine animal doesn’t seem to play any role at all,” she says. “And that’s actually good news – it means we don’t have to build the robots to be fish- or turtle-like. That will make it cheaper to develop and use robots in this new field of application.”

The research is described in a paper that was recently published in the journal Royal Society Open Science.

You can see U-CAT in action at the salmon farm, in the video below.

(For the source of this, and many other truly peculiar articles, please visit: https://newatlas.com/robotics/robot-sea-turtle-fish-farm-inspection/)