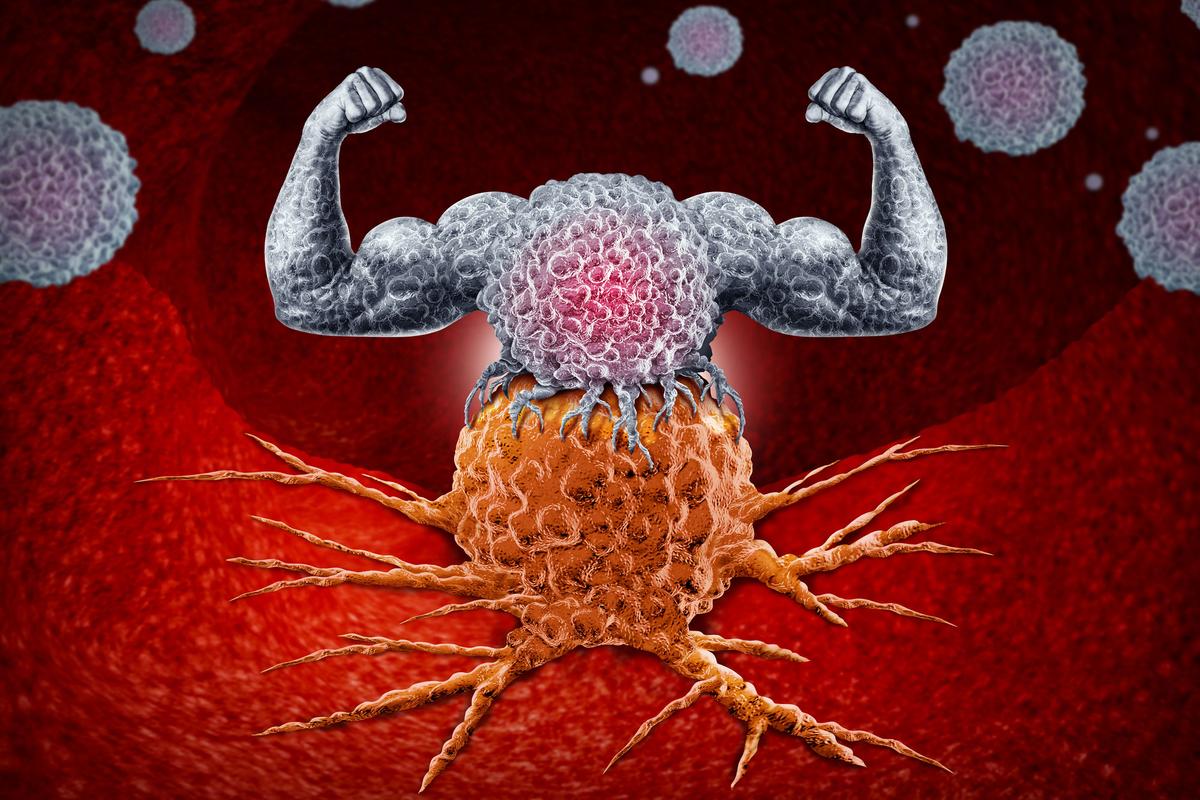 A new clinical trial of CAR T-cell therapy has shown promise against lymphoma, but there are some negative side effects.  lightsource/Depositphotos.
–

A novel form of cancer immunotherapy has shown exceptional promise in a new clinical trial. The treatment involves supercharging a patient’s immune cells to fight cancer then reintroducing them to the body, and as many as 93 percent of participants in the latest trial responded positively to the therapy. But beneath the surface, serious side effects still lurk.

The immune system normally does a pretty good job of fighting off disease, but cancer is known to use all kinds of sneaky tricks to evade detection. CAR T-cell therapy is an emerging type of treatment that involves removing immune cells from the patient, modifying them to target cancer, and then returning them to the body.

Previous clinical trials of CAR T-cell therapy have shown success against blood cancers like leukemia and lymphoma, and the technique is beginning to be adapted to solid tumors too. The treatment isn’t without its issues though – not only is it prohibitively expensive, but some of the side effects have been dangerous or even deadly.

This latest clinical trial continues both the good and bad of those trends. The team treated 68 patients with late-stage mantle cell lymphoma, which had relapsed or proven resistant to other treatments.

As many as 93 percent of patients responded positively to the treatment, with 67 percent entering remission completely within a few weeks. Follow-up exams over a year later showed 57 percent were still in remission, and overall survival was 83 percent. That’s much higher than would be expected otherwise, the team says, with median survival for no treatment being just 10 months.

“This is an important new therapy that has the potential to offer patients hope,” says Patrick Reagan, senior author of a study describing the trial. “Patients with mantle cell lymphoma who have relapsed after chemotherapy and targeted treatments have a poor prognosis and limited options. The response rates seen on this study are truly unprecedented and have been durable in a substantial number of patients.”

Unfortunately it’s not all good news. Serious side effects occurred in many cases: 94 percent experienced cytopenias, which are a reduction in levels of certain types of blood cells. Infections occurred in 32 percent of patients, with two cases being particularly severe. Another 31 percent of cases had neurologic events, and 15 percent suffered an inflammatory condition called cytokine release syndrome.

“The side effects of CAR T cells make it difficult for some patients who have other medical problems to receive these treatments,” says Reagan. “Research is progressing, though, and we are trying to develop ways to deliver these types of therapies more safely and with improved effectiveness.”

The results of the clinical trial were published in the New England Journal of Medicine.

(For the source of this, and other equally important articles, please visit: https://newatlas.com/medical/cancer-immunotherapy-clinical-trial-results/)