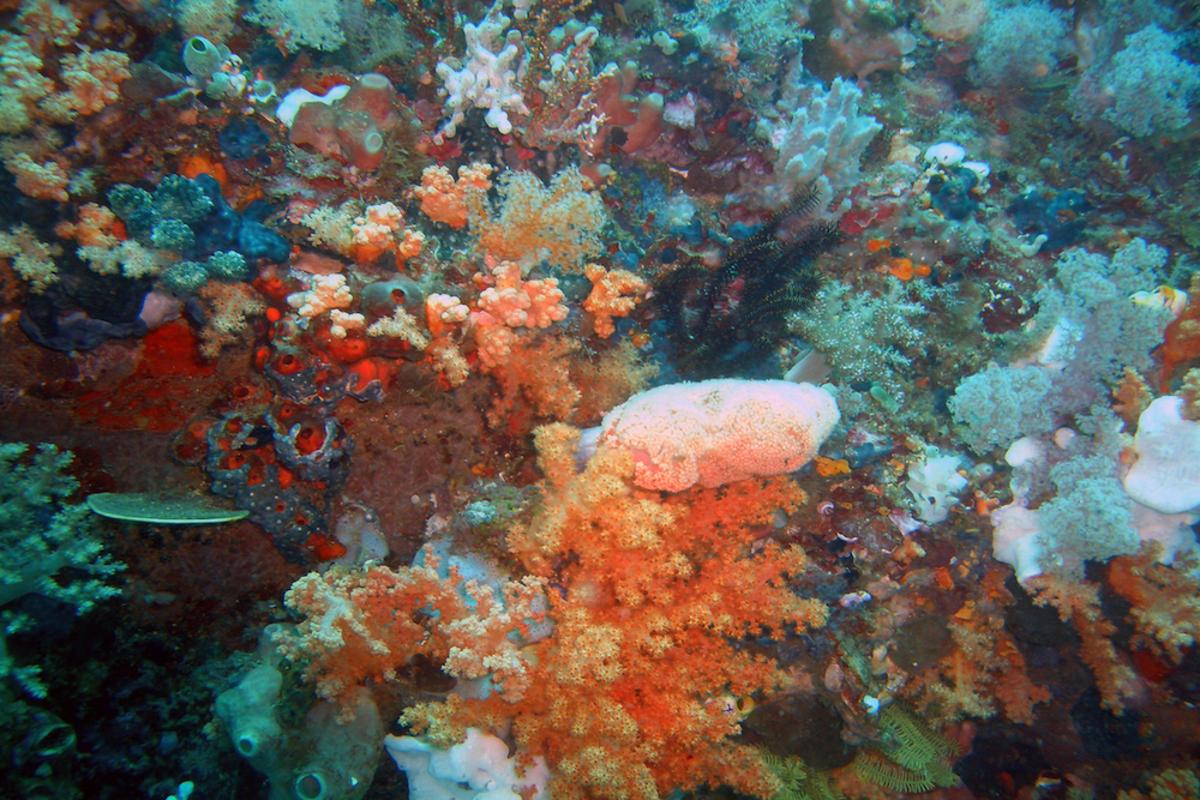 A sea sponge that inhabits Manado Bay, Indonesia, may be the source of a new drug to fight cervical cancer.  Samuel Chow/Creative Commons.
–

The natural world is a huge source of life-saving drugs, with plants and animals providing us with all kinds of therapeutic compounds throughout human history. That extends to the sponges that inhabit the seas, with new research detailing how a molecule derived from an Indonesian sea sponge species proved capable of preventing cervical cancer growth in the lab.

Chemicals that occur naturally in sea sponges have long been seen as candidates for tackling a range of dangers to human health. This includes combating robust biofilms of infectious bacteria, the antibiotic-resistant strains of bacteria that cause tuberculosis, malaria and various forms of cancer.

Scientists at the University of South Carolina have been investigating the cancer-fighting potential of sea sponges for some time, uncovering compounds that proved effective in tackling melanomas, prostate and pancreatic cancers. Their latest work centers on cervical cancer, the fourth most common cancer type among women, with 13,800 new diagnoses and 4,290 deaths expected in the US in 2020, according to the American Cancer Society.

The researchers were testing out the capabilities of manzamine A, which is made naturally by the Acanthostronglyophora ingens sea sponge in Indonesia’s Manado Bay. Through previous studies, manzamine A had been established as an effective combatant against the parasite behind malaria, with studies in rodents showing how it can be used as a single-dose cure.

The team conducted in vitro experiments in the lab where manzamine A was tested against four different cervical cancer cell lines. The scientists found that the compound was effective at stopping the growth of the cancer cells and in some cases caused them to die completely. Importantly, it did so while leaving non-cancerous cells unharmed.

“This is a highly exciting new application for a molecule that has earlier shown significant potential for the control of malaria and has good drug-like properties,” says Mark T. Hamann, co-senior author of the study. “Natural products have led to the development of most of our antibiotics and anti-cancer therapies and many controls for pain.”

Computer modeling carried out by the team uncovered a little behind the mechanisms at play. This showed that the molecule shares similar structural characteristics to a natural inhibitor of the proteins expressed by the cervical cancer cells. These proteins are known to be a factor in poorer patient outcomes, and the team’s research found that manazmine A is 10 times more effective at taking them out of the equation than the natural versions.

While the results are promising, there’s a long road ahead in terms of turning this discovery into a clinical drug. The next steps will be to find out if it works in animals before then moving on to clinical trials. The scientists also note that this research highlights the need to address biodiversity loss to shore up the natural world’s supply of potentially life-saving compounds.

“The preservation of species diversity is extremely important, as is the diversity of the chemicals they produce and the opportunities for treating cancer that they offer,” explains Hamann. “If 50 years of climate change remains unchecked, projections are that we may lose one-third of the global species diversity. So with that will go opportunities like this.”

The research was published in the Journal of Natural Products.

(For the source of this, and many other equally important articles, please visit: https://newatlas.com/medical/sea-sponge-molecule-stops-cervical-cancer-cell-growth/)